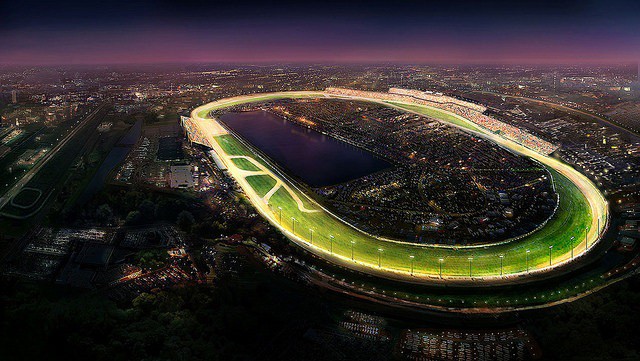 To some people, sports betting is a very serious hobby, and if that sounds like a road you’d like to go down, we have all the appropriate tips to introduce you into the world of sports betting. Whether you’re a master sportsman yourself, or you’re interested in gambling with more niche sports like eSports, there are a huge number of options on the market that you can bet on. For basketball and football sports betting in particular, many gamblers use a point spread betting method, helping them to properly analyse the odds of their favoured team winning. It might sound confusing at first, but once it has all been broken down, you’ll start to really enjoy sports betting.

Although it’s overwhelming and difficult to get your head around initially, the concept of point spread betting becomes much easier. When looking at an oddsboard, it can be difficult to figure out what all of the different numbers and statistics mean. Essentially, a point spread is a number oddsmakers use to create a median between the two opposing teams in order to generate betting interest on both of them, as especially for oddsmakers, making a profit is the most important factor.

When viewing an oddsboard, you will notice that one team is accompanied with a (-) value whilst the other is accompanied with a (+) value. This simply means that the team with a (-) is the favoured team, and the (+) is the underdog team, who are expected to lose. Depending on what the value is, it basically means that if you were to minus it from the favoured teams score or add it to the underdog teams scored, you can determine whether you’ve won the sports bet or not.

For example, let’s suppose that the point spread value is +4.5 for England and -4.5 for Spain. If the overall score of the game turns out to be 20-13 to Spain, you will have won your bet as there is a greater difference than 4.5 between the scores. However, if the difference is less than 4.5, then those who placed a bet on England would have won the bet instead. Although this initially seems confusing, once you have understood how the system works, it suddenly becomes much easier, and you’ll be able to begin sports betting in no time.

Learn How To Properly Read All Lines

The example above is commonly used for basketball and football, but if you’re interested in sports betting for other sports, it’s worth noting different strategies and how to read the lines. Baseball and hockey, for example, are usually done using money lines, which differ from the point spreads. No matter what betting system you use, however, it’s important to pay close attention to the lines, as these are constantly changing depending on the favour of a particular team. To put it simply, if the favoured team is reeling in a large amount of bets, the oddsmakers will raise the numerical value, as the higher the value becomes, the more people will place bets on the underdogs based on the profit they could make providing that they win the game.

With money lines, there are usually two different types – American lines and decimal lines. American lines can be very difficult to understand if you’re a novice when it comes to sports betting, but like point spreads, it will come to you eventually. We already know what a (-) and (+) mean, however it’s important to understand what the values mean in an American line. 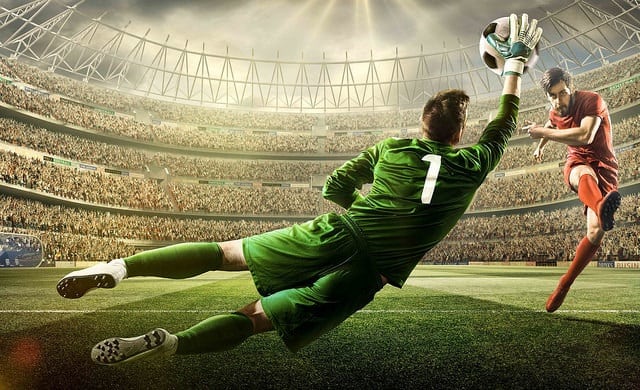 Let’s use the example of England and Spain again, and say the odds are -150 for England and +130 for Spain, with everything in terms of £100. If you decide to bet on England, you’d have to put £150 up in order to win an extra £100. However, if you wanted to test your luck betting on Spain as the underdog, you’d have to put down £100 in order to make £130. Although it isn’t required that you bet that much, it allows you to get a general idea about how the American line system works and the ratios involved.

Decimal lines work slightly different than the American, and with the same scenario above, suppose the respective odds for England and Spain was 3.66 to 2.75, with England still being the favoured team. This system is much easier to understand, and it very similar to any average betting system. Simply, if you were to place a £1 bet on England to win, you would get £3.66 back if they did.

Be Aware Of Your Betting Options

When participating in sports betting, there are a range of different bets you can use in order to make your profit. As already discussed, money lines are particularly popular when betting on baseball or hockey, and when using this kind of bet, you’re simply making a decision about which team will win and which will lose.

There are also bets known as over/under bets, which are also known as O/U bets or totals. They aren’t the most common type of bet used, however they are still favoured by a lot of people. The O/U bet regards the number of points that you expect to occur between the two competing teams. No matter who wins or loses, or who scores what, it only matters what the total is between the two at the end of the game.

Run or puck lines are used with point spreads, which hopefully by now you will have a better understanding of. The point spread will always be the same number for each team as well, and this number could rise depending on anything that occurs before the game, like a player getting injured or particular signing differences. Similar to point spreads, there is also a parlay bet, however you’re betting on more than one game at a time by using this betting method. Whilst this betting method could win you massive amounts of money, it’s the most risky betting option as if even if every team wins except one, you will still lose the bet.

When it comes to sports betting, it’s important to always remember that it comes down to luck in the end, and a range of uncontrolled internal and external forces. Even a tiny error from one of the team players can impact the entire game and completely change the direction that it was going in. When losing your bets, especially if you have placed a parlay bet and the final team loses, it can become very easy to lose your temper and self-destruct. However, under these circumstances, it’s important to remain calm with a positive mind set and behave like a gentleman. Even professional betters admit how easy it is to lose control after losing your win streak, but ultimately, getting angry will get you nowhere, and it won’t let you win the bet. Sports betting should always be fun and exciting, so you should try your best to keep it that way, even if your bet doesn’t go exactly how you had planned.