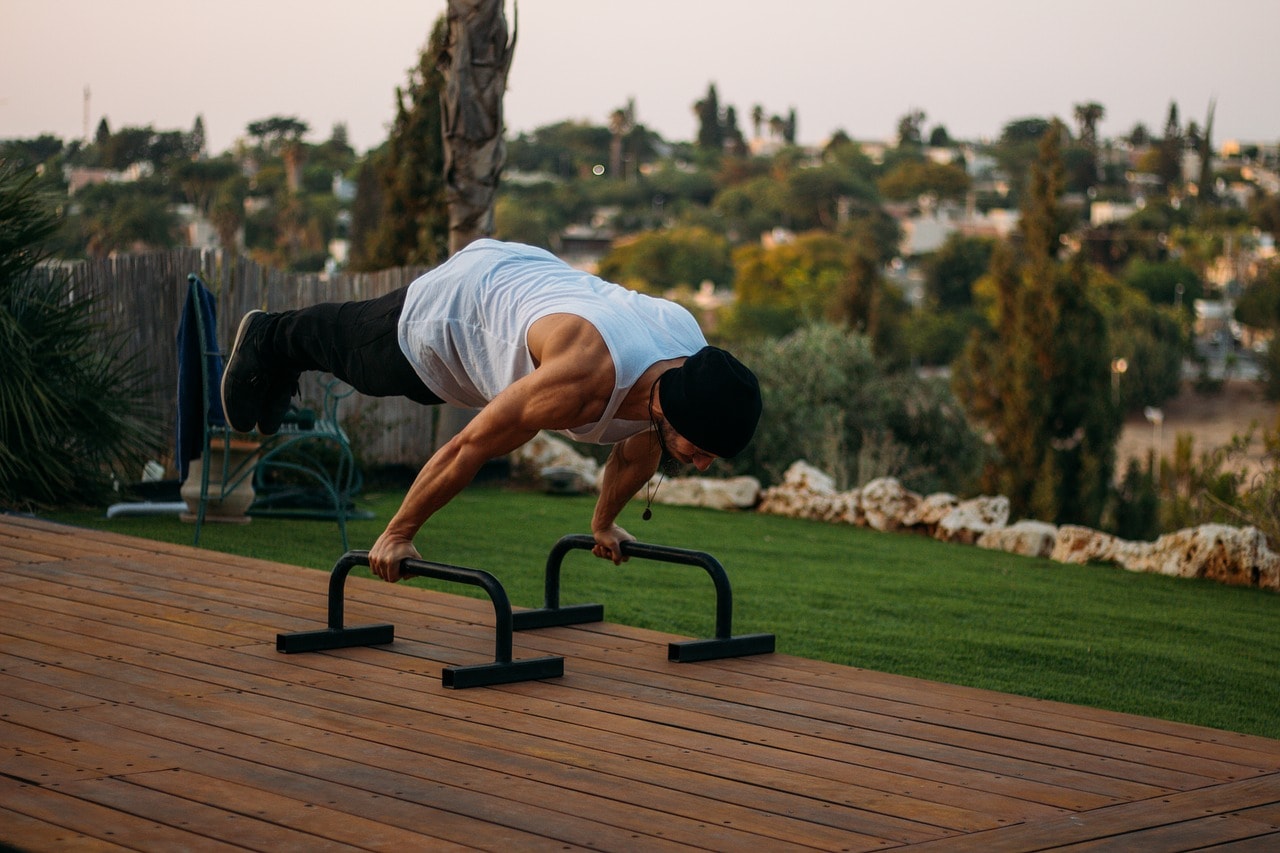 We all want to be lean. Whether you’re trying to slim down for that wedding you’re attending, or you just want to look good at the beach, everyone wants to be slim.

…but not everyone is slim. Why is this? In large part, it’s because most people don’t understand biology. As someone who’s a professional fitness model, I’ve spent years studying the research and compiling the best evidence-based ways to speed up fat loss and increase muscle gain.

So, with that in mind, today I’d like to share with you a few tricks you can use to shred fat faster, but first, let’s cover the basics.

As with any discipline in life, there’s a set of fundamental principles you need to follow. It doesn’t matter how many “tricks” you use. Without following the basic rules of fitness, you aren’t going to see impressive results.

That being said, if you combine the tricks I’m going to give you, with the advice in this section, you’ll be able to transform your physique within just a few months.

The three fundamentals of fitness are as follows:

That’s it. You don’t need to buy a $97 course to understand these concepts. Most people avoid these things, because, well… they’re hard and they require gym motivation.

That being said, once you get in the habit of doing these things, it becomes easier to do them than it would be to NOT do them. This is the magic of habits.

If you have a good workout routine, diet properly, and spend enough time recovering, AND you use the tips I’m about to give you, you’ll see your results skyrocket right before your very eyes.

So, with that in mind, let’s talk about some simple tricks you can use to shred fat faster.

Many biologists and anthropologists have long pointed out that intermittent fasting was the state of humanity for millennia, long before the invention of agriculture.

So, it’s no surprise that our bodies work better when we’re doing it. Take a look at one study conducted at the University of Vienna, in Austria:

Researchers found that intermittent fasting can help improve metabolism by up to 14%, which is very significant. If your maintenance caloric intake is 2,000 then that 14% means you’ll burn an extra 280 calories without doing anything else.

Personally, I use intermittent fasting on the regular. You don’t need to do anything crazy either, like those 48 or 72 hour fasts. Just restricting your calories to an 8-hour window will do fine.

Most people do this by having their first meal at 2pm, and their last meal no later than 10pm – this is the most common type of intermittent fasting, and it works very well.

High Intensity Interval Training, or HIIT for short, has long been known to be very beneficial for hormone profile, muscle growth, and whole host of other things.

HIIT is simply the idea that you train very intensely, in short intervals of time. One common way to do High Intensity Interval Training is to sprint for 30 seconds, then walk for 90 seconds.

This “cycle” is repeated 4-8x depending on the user’s cardiovascular fitness… and it has a ton of benefits, according to science.

One study, conducted by the School of Sport, Health and Outdoor Education, at Trinity Saint David, University of Wales, found that HIIT drastically increases testosterone levels:

“Six weeks’ HIIT improves PPO in masters athletes and increases free testosterone. Taken together, these data indicate there is a place for carefully timed HIIT epochs in regimes of masters athletes.”

…and as most fitness experts know, increasing testosterone will also drastically increase fat loss and muscle gain. It’s the most important hormone associated with these things.

So, the next time you’re thinking about doing a grueling 2-hour jogging session, consider doing a quick 10-minute HIIT workout instead.

This is another neat trick you can use to drastically ramp up fat loss and help your body improve its overall health. Just one or two shots a day will do the trick.

Personally, I take a shot every single day (at least), preferably after a big meal. The reason why is that Apple Cider Vinegar (or ACV for sort) blunts insulin production, AKA you put on less fat.

In fact, according to a study conducted by researchers in Japan, just taking two tablespoons of ACV each day can burn up to 3.7 pounds of fat in just three months:

“During the 12-week treatment period, the subjects in each group ingested 500 ml daily of a beverage containing either 15 ml of vinegar (750 mg AcOH), 30 ml of vinegar (1,500 mg AcOH), or 0 ml of vinegar (0 mg AcOH, placebo). Body weight, BMI, visceral fat area, waist circumference, and serum triglyceride levels were significantly lower in both vinegar intake groups than in the placebo group. In conclusion, daily intake of vinegar might be useful in the prevention of metabolic syndrome by reducing obesity.”

Some people may not think that 3.7 pounds is a lot, but hey! Losing almost 4 pounds of fat just from taking a couple tablespoons of ACV each day isn’t bad at all.

Ah, coffee – the lynchpin of every successful entrepreneur’s diet. It’s no secret that coffee can drastically improve focus and help users improve energy levels, but what if I told you it was great for losing fat, as well?

Many studies have been done on the benefits of coffee, from focus to energy, but let’s take a look at one study in particular.

In a study published in the American Journal of Clinical Nutrition, researchers found that coffee helped drastically increase fat oxidation and thermogenesis in users:

“In the fourth trial, coffee was taken with a 3080 kJ meal. The thermic effect of the meal was significantly greater after coffee than after decaffeinated coffee and again fat oxidation was significantly greater after coffee. In conclusion caffeine/coffee stimulates the metabolic rate in both control and obese individuals; however, this is accompanied by greater oxidation of fat in normal weight subjects.”

In other words, not only does coffee help you burn fat, but it also helps improve metabolic rate if you take it with a meal. Personally, I drink at least 4-5 cups a day.

In our highly stressed world, it can be difficult to get enough sleep. Every day we’re bombarded with text messages, email alerts, and social media notifications.

…but, the benefits of sleep go without saying. Not only is getting enough sleep important for overall health and wellness, but it’s especially important for burning fat.

In one study, conducted by the Department of Nutritional Sciences, University of Arizona, in Tucson, AZ, researchers found a massive link between sleep and fat loss:

“Evidence suggests that individuals who report fewer total hours of sleep are more likely to be overweight or obese… At baseline, 52.7% reported PSQI scores above the clinical cutoff of 5. Better subjective sleep quality increased the likelihood of weight-loss success by 33% (relative risk (RR), 0.67; 95% confidence interval (CI), 0.52-0.86), as did sleeping >7 h/night. A worse Global Score at 6 months was associated with a 28% lower likelihood of continued successful weight loss at 18 months, but unassociated by 24 months. These results suggest that sleep quality and quantity may contribute to weight loss in intervention-based studies designed to promote weight control in overweight/obese adult women.”

In other words, getting at least seven hours of sleep each night increases the likelihood of successful weight loss by a whopping 33%. That’s not bad, is it?

This could be for a number of reasons, but a big one might be linked to will power. When you get less sleep, it’s harder to make good decisions – like going for a salad instead of a twinkie.

Personally, I aim to get nine hours of sleep each night. This is a full six sleep cycles, which has been shown to be optimal for building muscle and losing fat.

All in all, losing fat and building muscle isn’t as hard as most people might think. While it does require some discipline and some effort, it’s well within everyone’s reach.

In addition to following a healthy lifestyle, lifting weights, having a great diet, and getting enough recovery time, it’s also recommended that you follow some of these tips.

In fact, just following these tips could help you nearly double the rate at which you lose fat… so if you’re trying to get shredded by summertime, it may be a good idea to implement these tips.

If you have any questions, comments, or concerns, be sure to let us know down below… I hope you enjoyed the article, and as always, I wish you the best of luck!

Stay Active with Indoor and Outdoor Activities in Plainfield, NJ