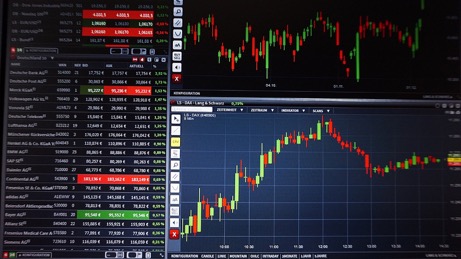 Support and resistance are two of the most basic concepts of technical analysis. These two terms are used by professional forex traders to describe those particular price levels on charts that keep the value of an asset from shifting towards a certain direction. This is the simplest explanation of this phenomenon but mastering and using it to your advantage requires a much deeper study of technical analysis methods.

Definition of Support and Resistance

In short, the Support and Resistance level is the level at which a falling price finds support. In other words, ‘’support’’ describes a state at which experts expect a downtrend to pause due to various factors, the most important being a concentration of demand. The support line will appear ‘’naturally’’ because once the price of a security suffered a dramatic drop, the demand for the shares will obviously increase, causing investors to rush to buy the share at a low price in the hopes of selling it for a profit later.

Once an area of support or resistance has been established an identified, the trader can use this information to his advantage to make profitable deals or back out of an unsuitable transaction. When the price clings to a resistance or a support line, one of two scenarios can occur: the price will rise back to its initial value, or it will continue to fall until it reaches its next support line, a case in which the whole process is restarted.

If you are at least slightly familiar with how the forex market works, you might have already seen where this going. Many traders base their trading strategies around these two vital financial concepts by betting on the direction the price will go and making a profit if their predictions prove to be accurate. If their speculation is inaccurate, the position can be easily closed at a minor loss.

Of course, determining the line of support is not enough to fully internalize this financial concept. When it comes to support and resistance, there is an underlying psychological aspect that many forex traders omit to take into account or are simply not aware of. If the price of an asset ends with multiple zeroes or a consecutive string of random digits (let us say the dollar is evaluated at 1.18692), inexperienced traders will be less likely to trade in it. Experts call this the ‘’psych’’ level.

As humans, we are naturally drawn to round numbers because it gives us a feeling of false security.  As a result, before putting forward a prediction or an order, traders will round off the numbers to something simpler to comprehend. This, in turn, creates a stronger level that experienced traders will strive to seek and exploit.

Another useful indicator to determine where the support and resistance line is positioned is by observing the Wolfe Waves. Originally discovered by trader Bill Wolfe, Wolfe waves describe trading patterns that occur naturally due to various market realities. This particular pattern consists of five ‘’waves’’ that indicate supply and demand and how the market (or prices, assets, and so on and so forth) are shifting towards an equilibrium price.

Present in all financial markets, Wolfe waves can occur in either short term or long-term time windows. Traders can make minute, hourly or even weekly predictions regarding whether or not the prices will rise or dramatically drop.

Naturally, these predictions, if correct, can help the trader exploit the forex market by identifying past and future price patterns, what the equilibrium price will be and when it will reach that point and, by extension, determine where the next support line of an asset will be set.

Some traders that include technical analysis methodologies to support their trading moves use moving averages to predict as accurately as possible where the support line is positioned. In the simplest terms possible, a moving average is a technical analysis indicator that filters out minor, often irrelevant price fluctuations, and establishes a trend based on past prices. There are many types of moving averages, but the two most commonly used by traders are:

Traders can use moving averages to predict if the price will rise, or if it is about to descend into a downtrend. No matter which average the trader decides to use, they will help them to set an automatic support and resistance line and build their strategies around this information.

The concepts of support and resistance sit at the very core of many technical analysis methods, which many experienced traders take full advantage of. Support and resistance is based on a support level, where the price clings in an attempt to not fall down further, and a resistance level. Once this phenomenon is triggered, one of two things can happen – the price can either bounce back to its previous state or fall down further until it reaches the next support level.

Mastering these concepts can help you, as a trader, to make accurate predictions, close successful deals and build a stable foundation for future forex ventures. Make sure to read through this article, and by the end of it, you will have a basic idea about how support and resistance functions.