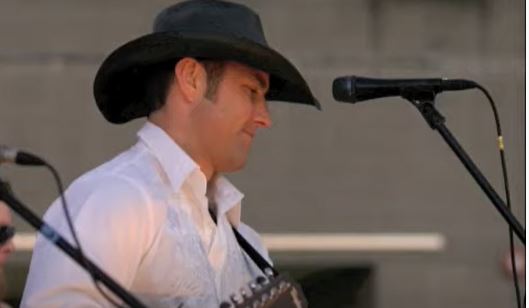 This week, the talented country singer/songwriter, Chance McKinney, joins us as the Gentleman of the Week. The Washington state native was first discovered when he won CMT’s Music City Madness competition and soon began blazing his path with his signature industrialized country sound. The country crooner dropped the latest single, “Nothin’ Better to Do,” which followed certifiable summer anthem, “Backyard,” which has garnered over half a million streams on Spotify. Learn more about Chance below.

He Draws Inspiration From His Life In His Music  “We originally started with a completely different idea, but were ultimately able to revisit the track and shape the lyrics to fit the times we’re living in right now,” Chance told Sounds Like Nashville. His latest single, “Nothin’ Better To Do,” was partly inspired by ways men can act like a gentleman to women, specifically by avoiding the dreaded cheesy pick-up lines. Chance shared, “The inspiration behind the song was horrible pick-up lines. We sat down with the idea that most women, not all, but most would want a guy to know his place from the start. Assume you’re NOT at the top of her list fellas, then go from there,” he joked. “You’ll see a much better result in the long run.” When He’s Not Writing Or Playing Music, You Can Find Him Outside

Chance has filled his quarantine with spending time outdoors and writing new music. “I love wakeboarding, playin’ hoops, and golfing,” McKinney shares, “I didn’t say I was good at any of them, but you didn’t ask that.” He’s A Huge Seattle Seahawks Fan.

The Washington native isn’t afraid to show off his home team. The country singer was a college athlete and loves athletics. He’s Learned From Some Of The Greats In Music. Dwight Yoakam told me to “keep being yourself… evidently, people like it. I’m not one of ’em, but apparently, most people do.” Ha. Troy Gentry stood out of sight stage left every night and was the first to shake our hands, leaving the stage. He always would say, “you keep bringing energy like that, and you’re just makin’ our job easy.” Got to do a show with Kenny Rogers once. He told me, “treat folks well on the way up… cause they’ll still be there with you on the way down.” When He’s Able To Get Back On The Road, His Dream Venues To Play Are… “Stagecoach… Faster Horses… Watershed… Red Rocks… 8 Second Ride… Joe’s… Mountain View… I can do this All. Day.”