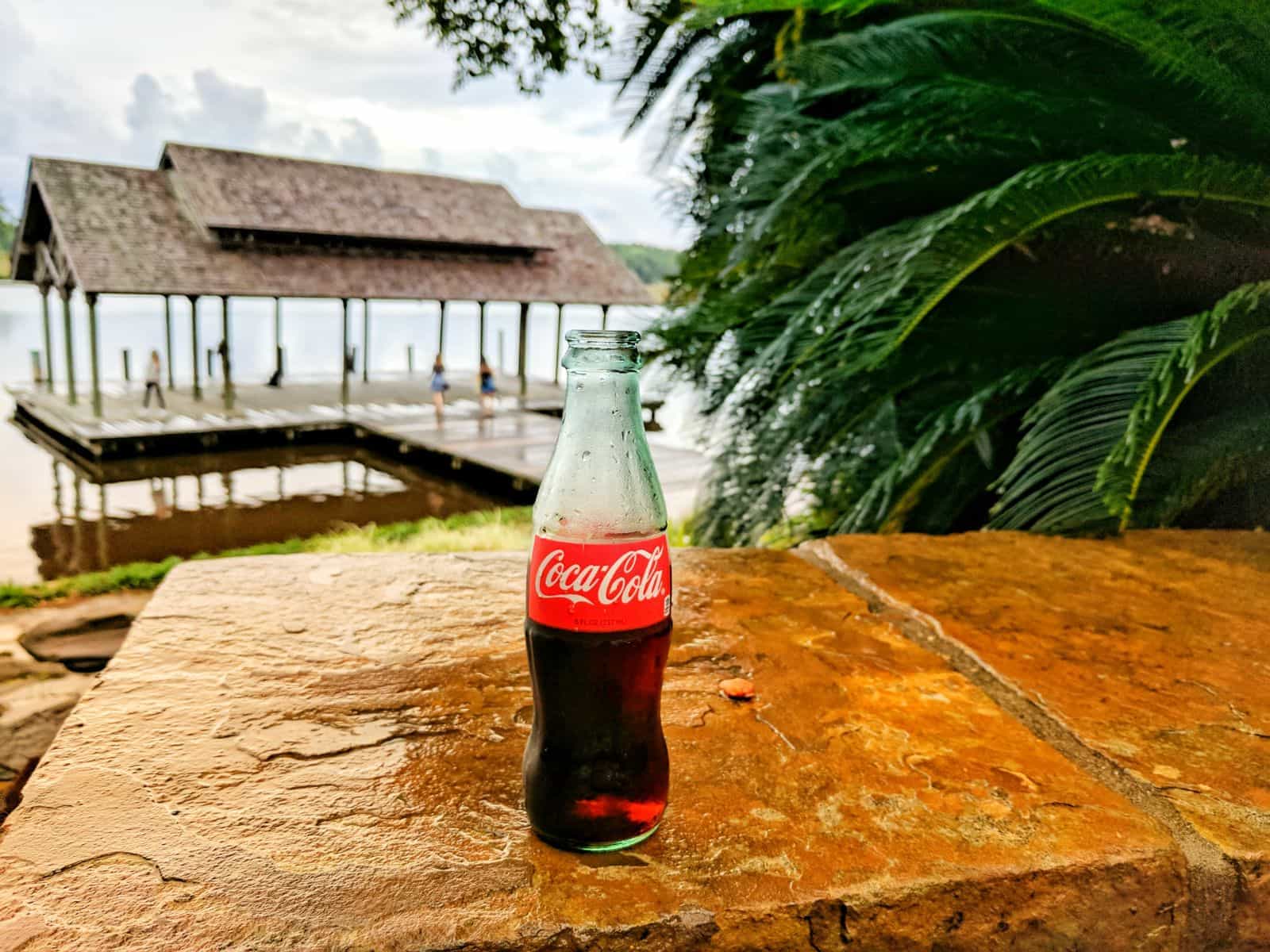 I’d Like to Buy the World a Coke, The Official Soft Drink of Summer, Coke Is It, Coke Adds Life, You Can’t Beat the Feeling. You would be hard pressed to find a brand that’s more iconic than Coca-Cola. Over the years, the pop culture associations and ubiquity of the brand have made it basically synonymous with American identity. When you think of Coca-Cola, you think baseball, old country general stores, burgers and fries, and everything quintessentially American. But here’s one delightful Coca-Cola association that isn’t as obvious: landscaped country gardens. And it’s all because of one fascinating man, Walter Bellingrath, a soda pop mogul, wealthy bottler, and flower enthusiast. 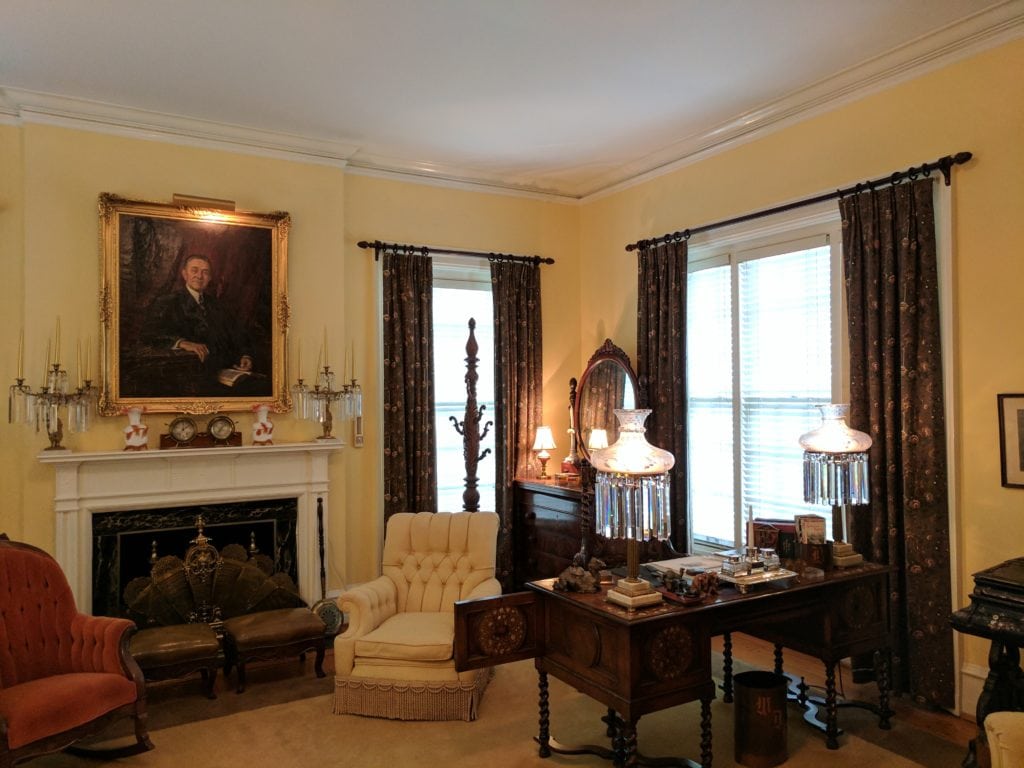 In charming and historically rich Mobile, Alabama, you will find Bellingrath Gardens. A 65-acre estate that boasts a beautiful mansion and features live oaks, camellias, azaleas, roses, and chrysanthemums 365 days a year. The gorgeous, winding, garden pathways are constructed out of the flagstone used in the original construction of old Mobile city sidewalks. Winter plants include tulips, pansies, snapdragons, ornamental cabbage and kale, daffodils, poppies, primroses, and many more. 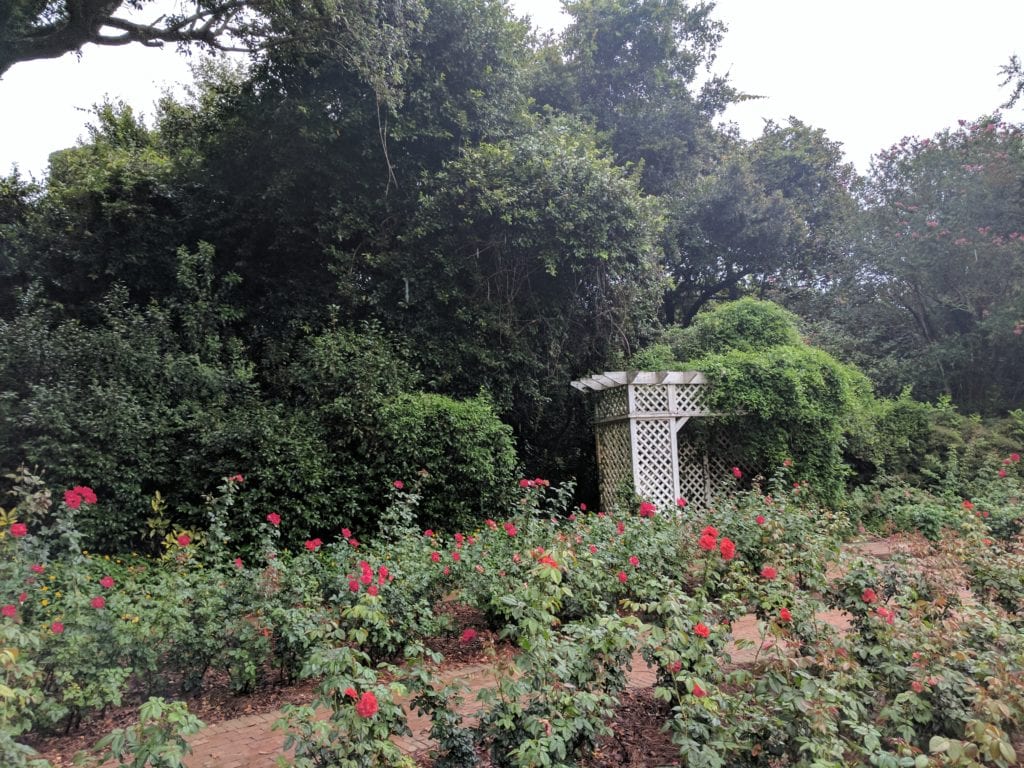 Spring plants feature more than 250,000 azaleas, Easter lilies, hydrangeas, salvia, fuchsia, to name a few. Summer plants more than 2,000 roses, hibiscus, copper plants, begonias, and marigolds for a start. Plants featured in fall include over 8,000 bedded, potted and cascading chrysanthemums that star in the annual Cascading Mums Display, which is the largest outdoor chrysanthemum display in the world. This breathtaking display is rivalled only by Bellingrath Gardens’ very own Magic Christmas in Lights which was recently featured in USA Today’s Top Ten Best Public Lights Displays.

But how did this marvel of architecture and landscaping come about and how is it connected to Coca-Cola? Well, it’s a pretty cool story. Raised in Castleberry, Conecuh County, Walter Bellingrath worked for the Louisville & Nashville Railroad in Montgomery, Alabama until 1903. In 1903 Walter and his brother William bought a Coca-Cola bottling plant in Montgomery. Shortly after they began to reap the rewards of that investment, the two brothers bought a bottling plant in Mobile. Then they came to an agreement. They would split the bottling territory. Because Walter had a passion for fishing, and Mobile, Alabama was a port city, he chose to relocate to Mobile. Fish may have motivated the move, but it turned out to be an extremely profitable move as well!

In 1917, His fishing fever motivated him to buy the Belle Camp fishing post on the Fowl River intended as a weekend getaway.  Walter would take many “staycations” from his business life to go fishing with his friends and colleagues at Belle Camp, on the banks of the river, sharing a coke, reeling in the Speckled Trout and Largemouth Bass. The fishing frenzy meant that Mrs. Bessie Bellingham, Walter’s wife was faced with a predicament. 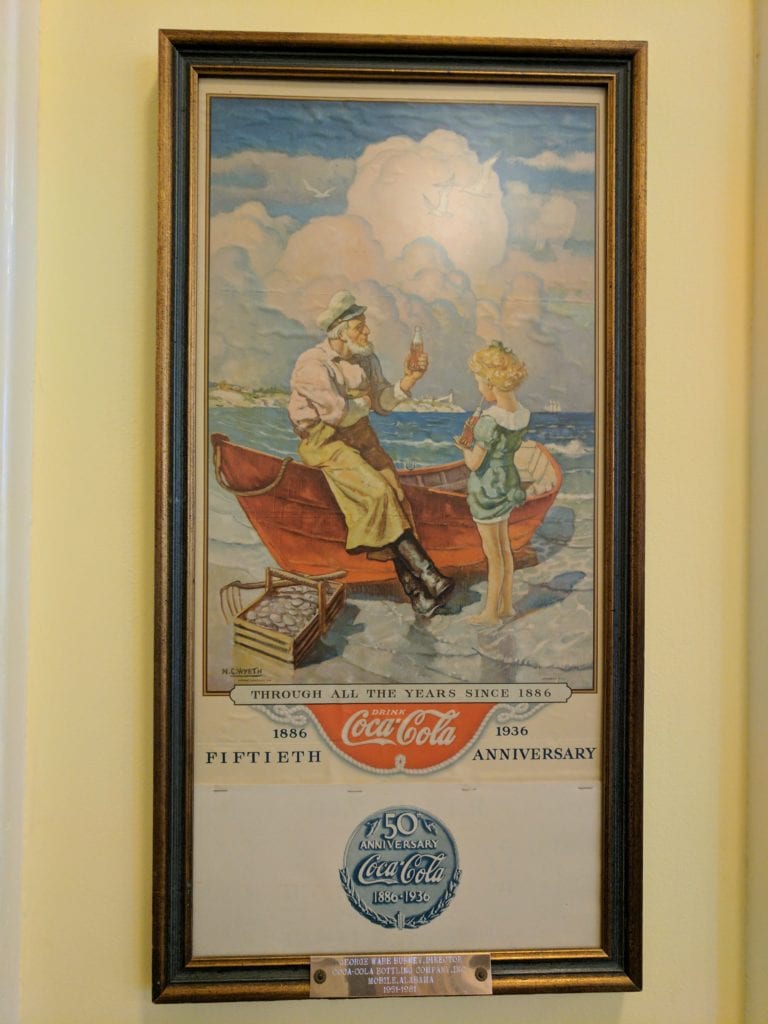 “If I’m going to have to spend time down there I’m gonna have it looking nice,”

she said, in response to the amount of time Walter insisted on spending at Belle Camp. She began to plant flowers. And plants. And more flowers. And more plants. Soon, Belle Camp look less like a fishing post and more like a horticultural paradise. As Bessie kept planting, Walter began to fall in love with horticulture. 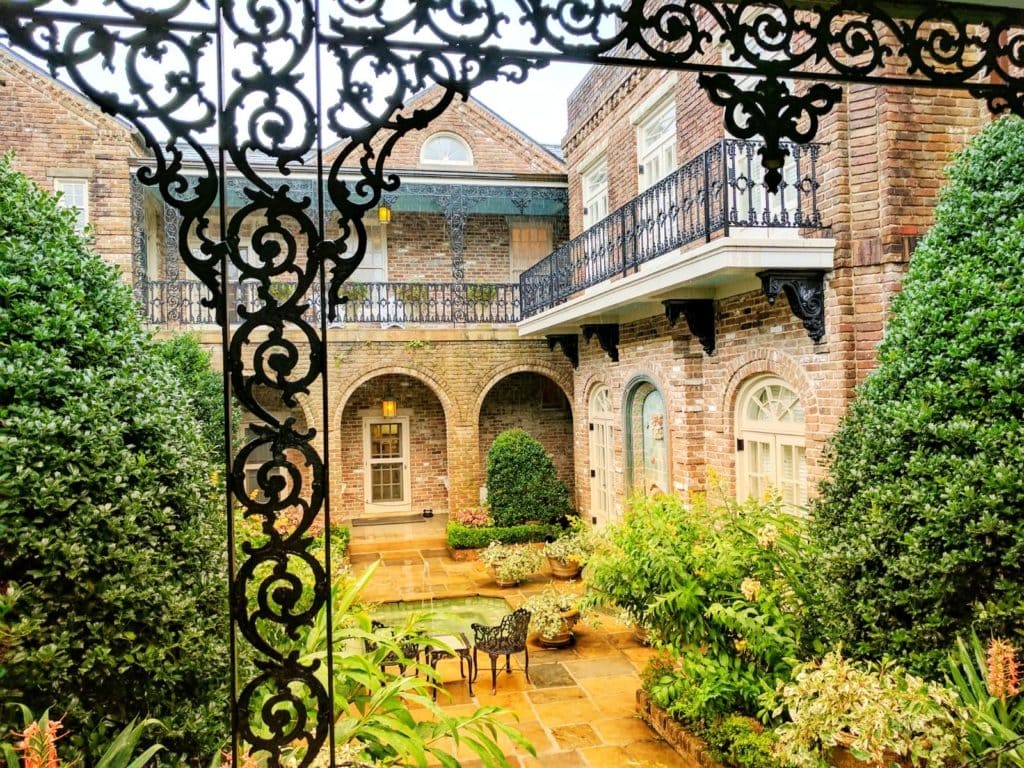 As they continued the transformation of Belle Camp to Bellingrath Gardens, Walter and Bessie familiarized themselves to the people of Mobile, Alabama. They were not wealthy elites so much as they were townsfolk who just happened to be wealthy. They were unpretentious and participated in the community. Bessie would often overpay for flowers for Bellingrath Gardens. She had a sense of generosity that was shared by Walter. He was a charmingly eccentric man who enjoyed getting to know new people, and did not consider his wealth to be a disqualifying factor for regular and everyday interactions. He would famously sleep outdoors to escape the heat, and had a deep and abiding passion for bubble baths. His butler would fill Walter’s tub with Tide detergent. 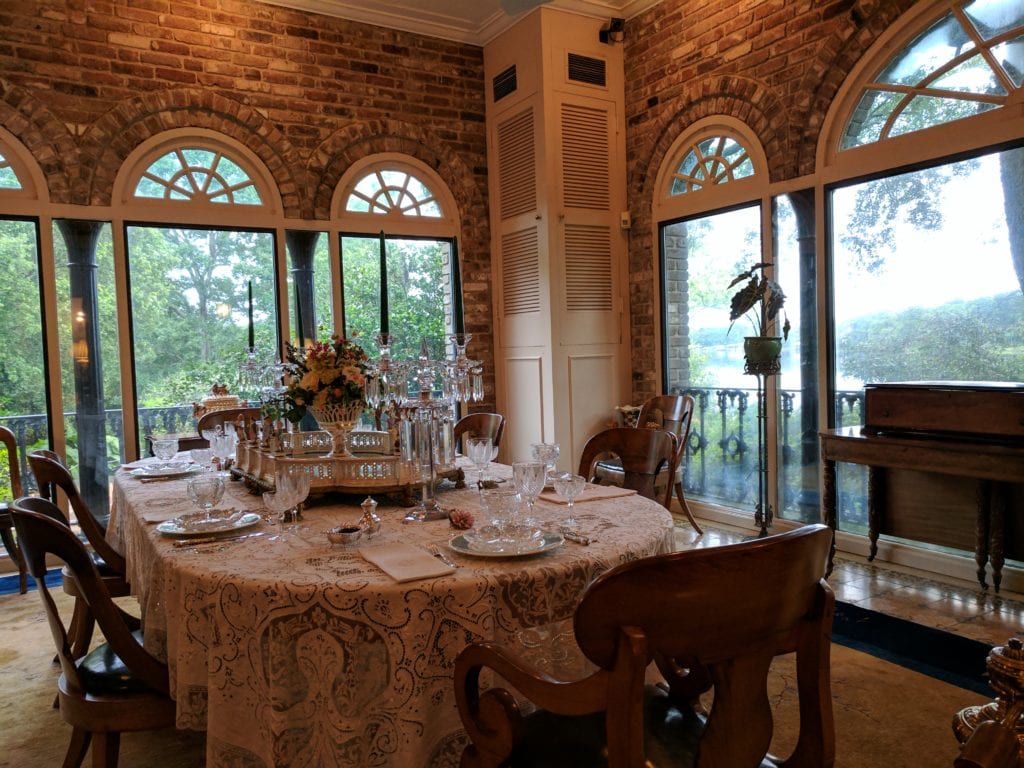 “I can still see Mr Bellingrath sitting there with the suds up to his chin. He was as happy as he could be,”

he said. Sadly, Bessie passed away in 1943. Walter chose to live alone in the house for 20 years. He would walk the gardens without revealing his identity and sit and converse with strangers about anything under the sun, from Coca-Cola to fishing to flowers. He was a gracious host who would hold court late into the night.  His niece once remarked,

“Uncle Walter made us leave the door open all night, and he would tell jokes and stories.”

A post shared by Bellingrath Gardens and Home (@bellingrathgardens) on Apr 11, 2018 at 9:29am PDT

The people of Alabama loved Walter Bellingrath almost as much as they loved Coca-Cola. Coke was (and is) immensely popular in Alabama, and as a result, Walter diversified his investments by expanding his business holdings into warehouses, a tile firm, and steamship companies. In an era when many wealthy Americans were building fences and walls to insulate themselves from the public, Walter Bellingrath did exactly the opposite. Bellingrath Gardens opened to the public in 1932, and it was an instant success. Over 700 people showed up on the first day. They kept coming and coming, and the gardens have remained open to the public ever since. Every year, thousands upon thousands of tourists and history buffs visit Walter Bellingrath’s legacy: the gardens grown with Coca-Cola. 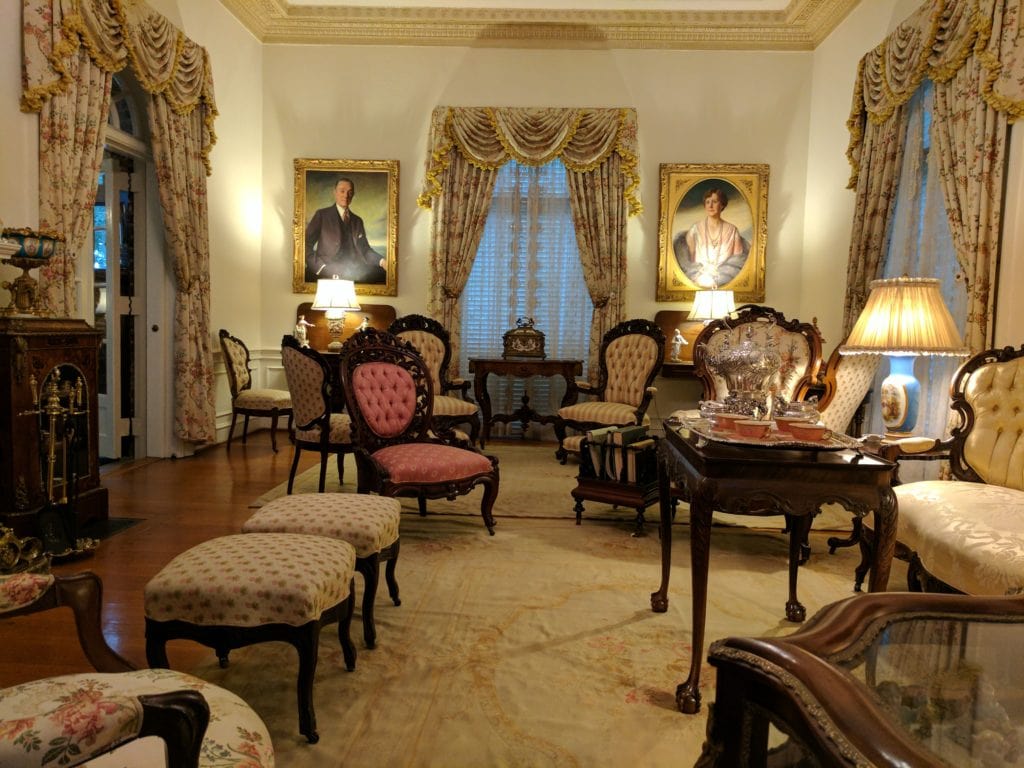 This post was made possible as a result of Sweet Home Alabama in partnership with Bellingrath Gardens & Home. All opinions are of an Aspiring Gentleman (our own).

Is It Possible to Train Confidence?