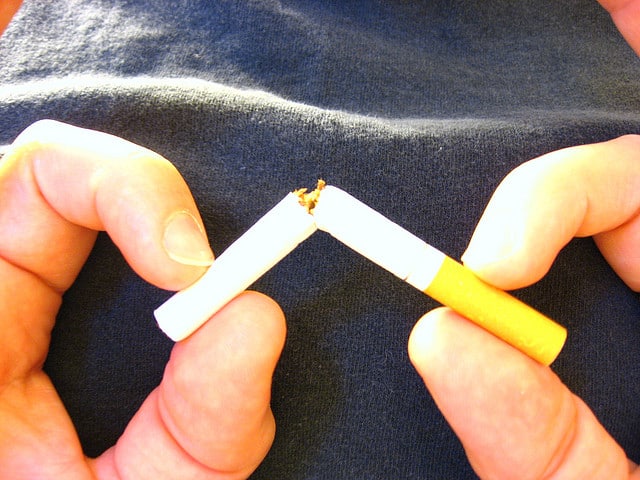 We all have vices, don’t we. Little or big bad habits about ourselves that we wish we could shake off or get rid of. For some of us, it’ll be the packet of cigarettes that we feel as though we have to buy on the way to work. Others, will almost certainly not be able to avoid the cake aisle when they head to store for the weekly shop. Some might be using their bad habit as a crutch to help them get through the week. I think we all have one of those. Perhaps some are more healthy than others but we all have something that we need to get through those difficult days.

But, we also know the feeling of wishing we could get rid of it. To get rid of a bad habit, it takes a lot of willpower and determination. If you have that, it is possible to start fresh and live a healthier life because of it. I think some of the worst bad habits are overeating, over drinking and over smoking. You might have noticed that I said over. That’s because a bad habit isn’t bad as long as you’re not overdoing it. You might say: Surely smoking is always bad? But one cigarette at a party now and then is no worse than eating one unhealthy snack. So let’s look at the best ways to get rid of these bad habits.

Cutting Back On Smoking

First of all, I don’t want you to think about cutting nicotine out of your life completely. I know that a number of blogs will recommend that you go cold turkey. But this is bad advice in all honesty. Essentially, what happens is that your body starts to crave something it had grown accustomed to. After a few days without this substance or even a few hours, it will start to punish you. You’ll get the signs of bad flu, fever and sweating. It can even release hormones causing you to have mood swings. It’s not a fun experience, and you want to avoid it. I do know a few people who have managed to quit smoking by going cold turkey, but not many. Most are back smoking cigarettes in a few weeks.

You probably realise there are a few different ways to quit smoking. You could use nicotine patches or gum. You might want to try replacing it with something else such as caffeine. This is all recommended advice, often by “experts.” Here’s why they aren’t the best way forward. Firstly, cutting out one unhealthy habit and replacing it with another is counterproductive. Caffeine has been shown to have effects that rival that of nicotine. Secondly, patches and gum contain high levels of nicotine. Essentially, you’re just streamlining the problem, and the substance is going right into your blood. You also won’t get another feeling you crave. It’s not just the nicotine your body likes; it’s the exhaling and inhaling of the substance. That’s what many people find so relaxing and calming about smoking.

I think the best solution to cut back on smoking is to start vaping instead. Medically, this is far less damaging to your health. You can even slowly lower the amount of nicotine you are vaping until you reach zero. You can buy box mods at Minty Vapes that give you different flavours to try. It’s sure to taste a lot nicer than a cigarette that’s guaranteed. Doctors are even considering recommending vaping as a better alternative to smoking. There are just a few more tests to run. I think if you start vaping, you’ll be off nicotine for good in a few months. But, you’ll still get that calm feeling smokers know and love.

There’s a definite problem with obesity and unhealthy eating these days. If the governments about to step in, you know something’s going wrong. That twenty percent tax on sugar recommended in Britain may have surprised some people, but it didn’t come out of nowhere. With obesity levels rising, we are going to have to start taking action as a population. But, on a more personal level, most of us do want to lose weight. We don’t like looking down in misery at the scales, and we don’t like not being able to walk a mile without panting. If you want to change this, it’s quite simple. You just need to get on a diet and exercise.

A lot of people claim if you’re exercising there’s no need to cut back on what you’re eating. That is absolute nonsense. Exercise will get your body toned. But only by changing your diet will you lose weight. However, you should avoid the liquid diets that are now being recommended. There are now diets where you are instructed to not eat any solid food for the first two weeks. This is appalling and completely unnecessary. If you want to eat healthily, you just need to balance your diet and reduce the quantity a little. You should still get your three main meals a day, but fill them with vegetables and fruit. As well as this, try to cut out the treats completely, and you’ll soon see a change. 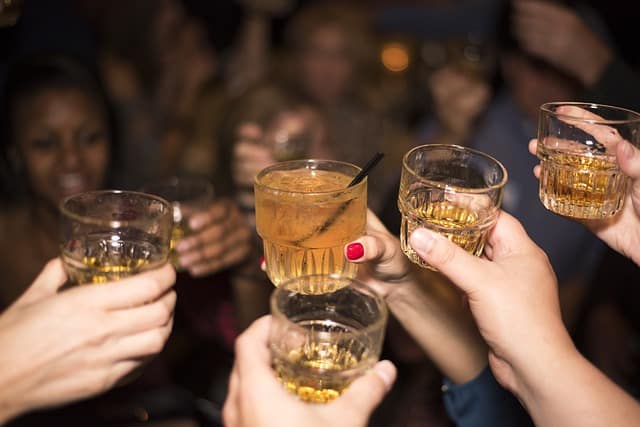 I’m sure we are all guilty of this, a little. At the end of the week, you’re not the only one if you immediately head to the shop for a bottle of wine. Or, if you head out into town to sit in a bar with some friends. There’s nothing wrong with this. Don’t forget it was only a year ago doctors were recommending one glass of red wine a week to beat cancer. Alcohol in small quantities is not damaging. But, you should watch out for when it becomes something you need rather than something you want. If you’re averaging one bottle a night, you may want to tread carefully. Although, it is still not as bad as binge drinking.

If you want to cut back on drinking, the best way is to prove to yourself you don’t need it. Try going one week without any alcohol and see how it goes. If you struggle, there’s a good chance you were drinking too much, and you should aim for another week.

I hope you have found this advice useful in beating your own bad habit. Remember, in little doses any bad habit is just one more guilty pleasure.

6 Amazing Products That Keep You Active

A Guide To Supplements