Smoking cigars was something that some of the male members of my family indulge in. At one point during family events, the men would always crowd and pass around a box of some premium cigar and they’d socialize as they puff on these tobacco sticks. When I had become a full-fledged adult, I was finally brought to be part of that circle. In my excitement, I had volunteered to be the one to take care of the cigar to be supplied to everyone. In my search for a good cigar, I had found the La Flor Dominicana TAA 47 Cigar. 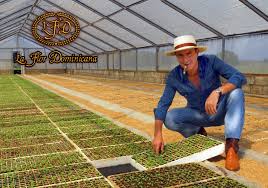 As the men from my family passed around the box of TAA 47 that I had gotten for us, they were quite appreciative. Being cigar smokers, they are quite familiar with the Tobacconists’ Association of America, a trade organization established in 1968 by visionary retail tobacconists. The TAA 47 is part of an exclusive series of cigars. From its appearance to its flavour, and every element that is checked on by cigar smokers, the TAA 47 had my family’s approval.

The La Flor Dominicana TAA 47 is a pretty impressive cigar that has an excellent flavour profile and excellent construction. The way the flavors complemented each other is what made this cigar special. It is perfect for more seasoned cigar enthusiasts. I was quite happy that my rite of passage into this circle was further appreciated by my relatives due to my great choice in the La Flor Dominicana TAA 47 cigar.

The TAA 47 is a medium to full-bodied blend of Dominican and Nicaraguan fillers with a Nicaraguan binder and wrapped in aged Ecuadorian Habano wrapper. Measuring in at 5 ½ x 52 with classy touches and a nice mix of colours used in the wrapper and bands on the cigar, it looked every bit classy and premium.

It delivered a mix of cocoa, earth, grass as well as a tangy pepper note. There was even a layer of black pepper that layered over the other flavors nicely. As the TAA 47 burned through the first notes, the cocoa notes became primary while the others were close secondary notes.

With my family’s approval at the great choice that was the TAA 47 cigar, I highly recommend cigar enthusiasts to try out this series as well. Every element in this cigar was just exquisite and enjoyable.