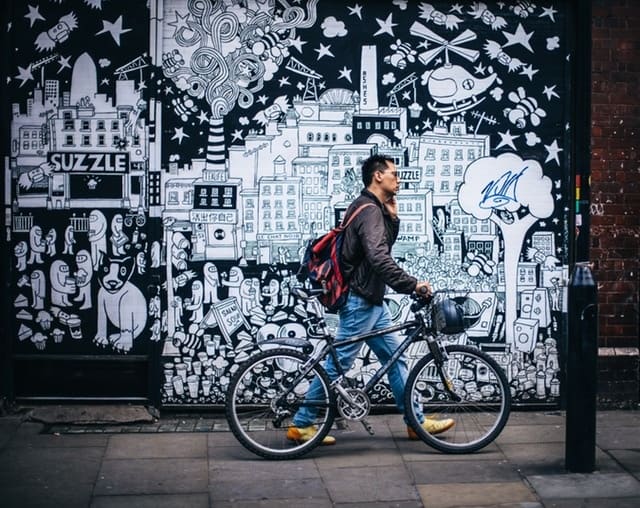 The idea of street art and graffiti have come a long way from the days of authorities chasing away artists and long-suffering employees white washing graffitied walls.  Malaysia is one country that has recognized the creativity and individuality shown by these artists and makes it a great place to see examples.

It was Ernest Zacharevic who really started the recognition of street art back in 2012 with his work in Penang but now most of the big cities have areas where people can see street art in many different forms.  Zacharevic was commissioned to paint six pieces of street art as a part of the George Town Cultural Festival and his work depicted everyday Malaysian life and used real local people as models.  Two of the most famous pieces that have been shown around the world is the Children on Bicycle and Boy on Motorcycle, clever ways to combine the painting with other items.

In 2014, Zacharevic held his first solo exhibit at the Hin Bus Depot entitled ‘Art is Rubbish is Art’ where he created more murals that interact with their surroundings.  Since then other artists have been inspired to create pieces around the city with their work becoming block by block markers that tourists can follow around the city.

Seeing the phenomena, the authorities of Kuching also commissioned Ernest Zacharevic to complete works of street art in the city.  There was a series of three pieces all featuring orangutans that were sponsored by a local company and there are also many pieces that can be seen in the Waterfront area.

Orangutans also have a prominent place in the street art in Malacca, with the Orang Utan House being one of the most famous examples.  The city harnessed its rich cultural history to create street art that would emphasize this as well as offering something unique for tourists to see.  The result is a huge amount of street art.

The fact that the cities themselves have commissioned works of street art and graffiti show the changing views around the whole idea of urban art.  In just ten years, street art in the capital Kuala Lumpur has gone from illegal to a central part of the urban landscape and there are now many projects working with young artists.

The area along the Klang River is a classic example of the benefits of the art.  Once lined with dull grey walls, the KUL Sign Festival in 2010 saw it transformed into a colorful area filled with everyday scenes, cartoon characters and even futuristic cityscape images.  The rainbow of colors brightens the area and makes walking alongside the river a pleasure.

5 Foolproof Tips to Have a Smooth Camping Trip