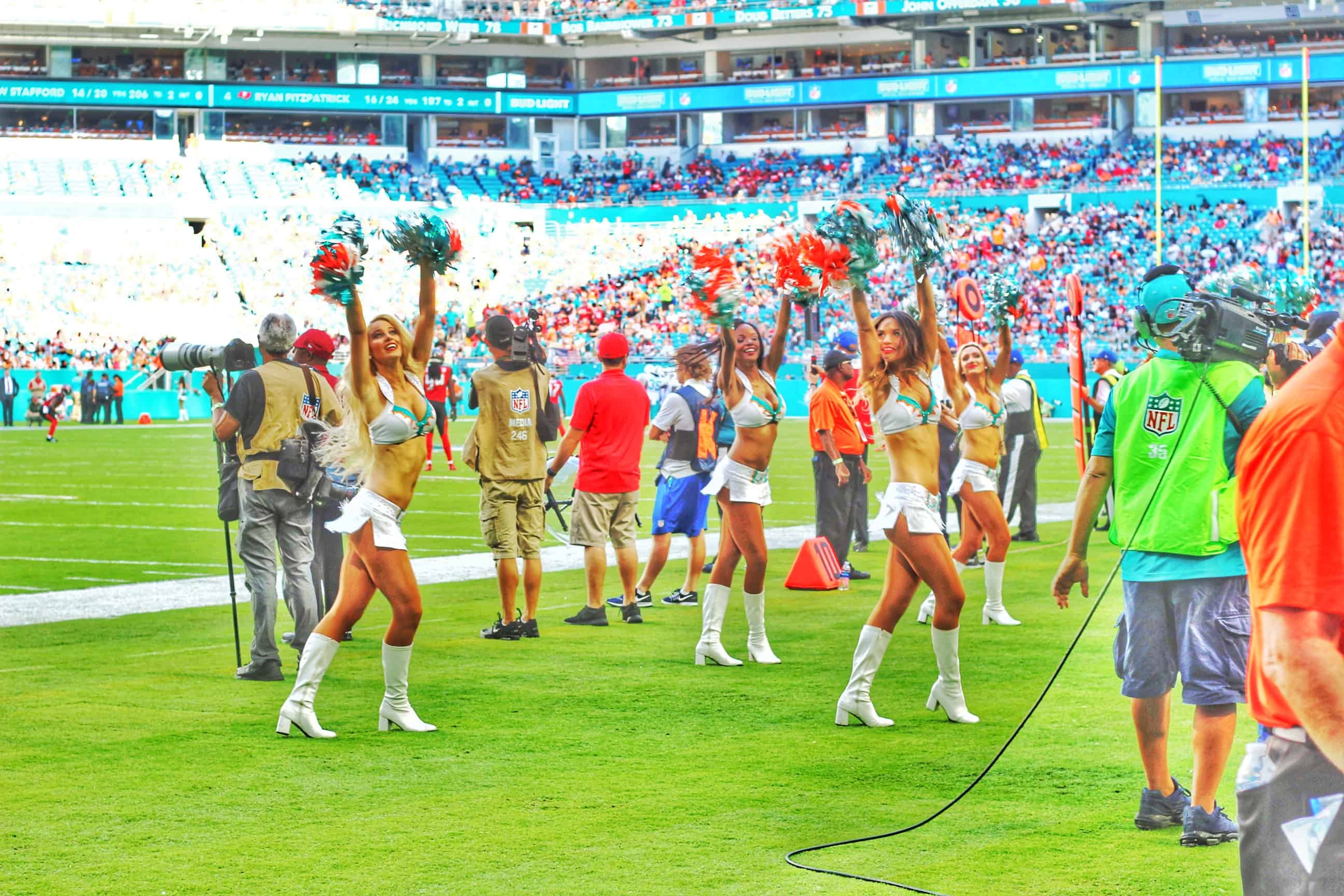 On the bright morning of Tuesday, October 2, Miami Dolphins paid a visit to Alex’s Place at Sylvester Comprehensive Cancer Center.

It was a wonderful gesture by the Dolphins’ players, cheerleaders and T.D., who were present at the occasion. They were all smiles as they met with children who fight cancer every day with an unmatched bravery on par with suiting up for an NFL game on Monday night.

The childrens’ families were also by their side, and appeared thrilled for their children as the young cancer fighters themselves met with cornerback Xavien Howard and wide receiver Leonte Carroo. Since the players, cheerleaders and T.D. were absolutely welcoming in interactions, everyone who asked for an autograph or a photo received it immediately.

The visit was made even more special by the various presents that the Dolphins brought along with them and gave out directly themselves to the children. While the presents were thoughtful, nothing could really outdo the bright expressions on the kids’ faces as they received what could be termed as mementos from the Dolphins.

The children did not hold back from expressing their joy, they told anyone who listened about how wonderful they felt at having their home team visit them in such a wonderful manner. The players themselves expressed similar views of gratitude towards the children, with Howard mentioning that it was amazing to meet with so many Dolphins fans in the room. It was overall a mutually beneficial experience for all parties involved.

How’s that for a pass TD? Our patients were happy to have a fun distraction during treatment at Sylvester’s outpatient #pediatric clinic today. #MiamiDolphins pic.twitter.com/gqhV91TQN4

Apart from spreading smiles within the young cancer patients, the visit by Dolphins is was part of the beginning of many community service initiatives to come in the neat future.

Currently, in its ninth year, DCC has been known for raising funds for the advanced and much-needed cancer research that takes place at the Sylvester Comprehensive Cancer Center.

As part of the team’s ongoing efforts to support DCC, it will raise awareness for the event at its Crucial Catch game against the Chicago Bears scheduled for Sunday, October 14.

At the game, Dolphins will show their support to on-field cancer fighters and survivors, who fight their battles every day in and out of the field with smiles on their faces. It will also acknowledge and honor the efforts of the researchers who take part in the program to advance the treatment of cancer.

Sylvester Comprehensive Cancer Center is a part of UHealth, the University of Miami Health System. Through DCC, it receives 100 percent of participant raised funds to advance and further its research.

Registrations are open for this year’s DCC, dubbed as DCC IX. The program has been scheduled for next year, April 6, 2019.

Why You Should Not Give Up Golf as a Beginner?

Laptop or PC – Which Is Right for You?