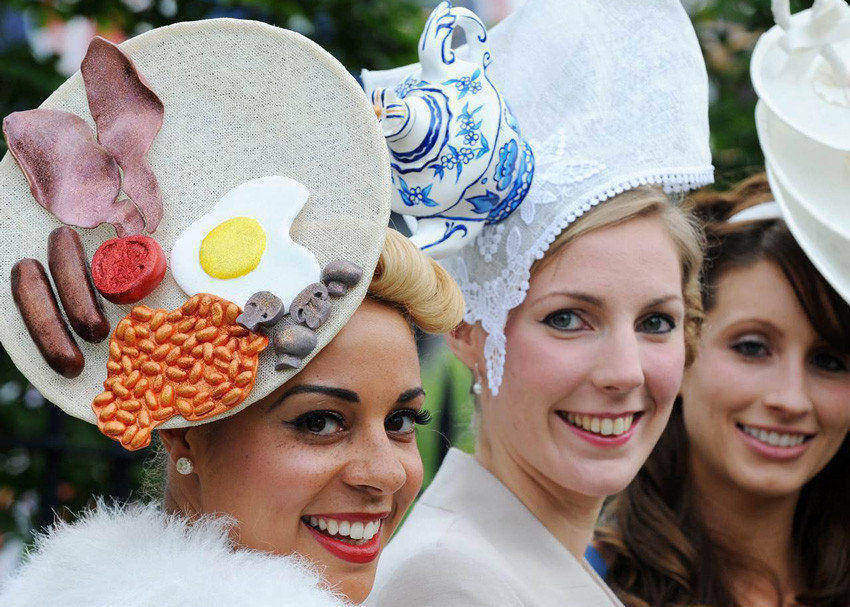 If you’re one of the lucky few fortunate enough to have received an invitation to the Royal Enclosure at this year’s Ascot meet, congratulations are in order! The event itself is renowned for being one of the most prestigious in the UK racing calendar, and it never fails to attract a mix of Britain’s richest and most famous.

For the most regal of Ascot experiences, seating in the Royal Enclosure is a must. Be warned, however – they don’t let just anyone mingle with the highest of high society. Access to such an exclusive area requires sponsorship from no less than two club members, both of whom should have attended the Royal Meeting for the past four years. This, of course, is much easier said than done. A few worthy connections in high places will help your chances immeasurably.

To the unlucky ones

Understandably, not everyone seeking access to Ascot’s Royal Enclosure gains it. That needn’t mean you miss out entirely though. You can still get a seat in any one of the other enclosures reserved for those outside of the most elite circles. In addition to not requiring endorsement, ticket prices are much more affordable.

Tickets can be purchased from this site.

Getting inside the Royal Enclosure is but half the battle. Next, you’re going to have to fit in. You are, after all, a guest of the Queen, and an uncouth display of boorishness will reflect poorly on those who sponsored your invite. To ensure a lack of loutishness there’s a mind-numbing array of traditions, etiquettes, rules, and codes to constantly adhere to. Whether they’re part of the official list of requirements, or a deeply entrenched custom makes little difference. If you’re hoping to seamlessly mingle, it all needs committing to memory.

In any case, isn’t that part of the fun of a day at the races – the pomposity, the grandiose tradition, and extravagant custom of the whole thing? 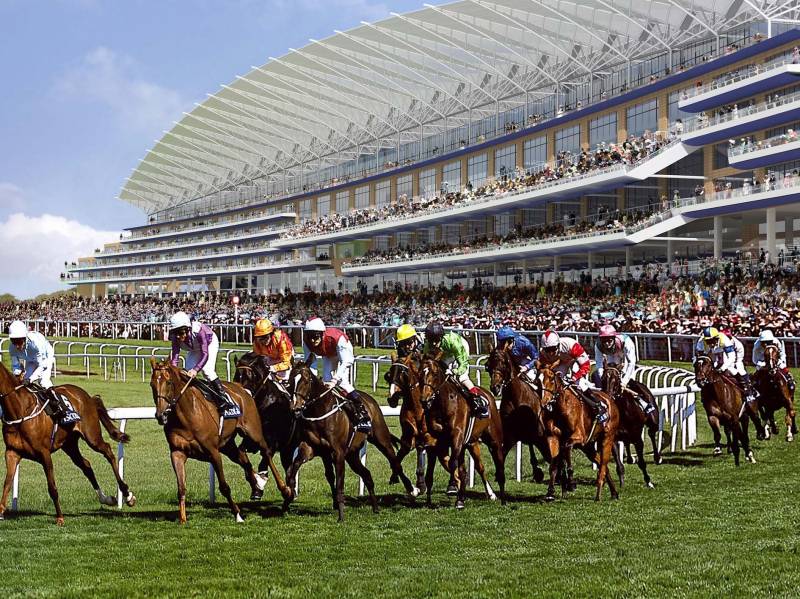 One thing guaranteed to immediately highlight your unpreparedness to mix with society’s upper echelons is pronunciation. If you’ve not got time to sit through hours of elocution lessons, at least learn how to say the name of the event you’re attending correctly. Many blunder at the first hurdle, pronouncing “æskɒt”, with a short ‘o’ in the second syllable, as opposed to “æskət”, with a short ‘a’. A tiny vowel sound might not seem a lot, but it’s a sure-fire way to expose yourself as not of the usual crowd.

Whilst on the subject of speech, it’s a good idea to drop the word “horse” when referring to the races. Most Royal Ascot regulars simply refer to the proceedings as “the races”, because, for the well-to-do Brit, what other types of racing are there, really? Read more here.

It might also help to learn a little of the festival’s background before you confidently stride into the Royal Enclosure for the first time. The event is held at the Ascot Racecourse in Ascot (naturally), Berkshire, England. One of the most respected racecourses in Britain, the track is used exclusively for racing thoroughbreds, and it hosts nine of 32 annual Group One races in the country. The highlight of the course’s calendar takes place over a five-day period in June.

You may notice that the racecourse is located just six miles from Windsor Castle. This is more than mere coincidence. The owners have long enjoyed close ties with the Royal Family – again, hence the name.

No one calls it “horseracing” …you shouldn’t either.

One phrase you’re guaranteed to hear often at the races is “the going”. This refers to the ground conditions in which the horses will be running. The scale ranges from “heavy” and “soft” (generally undesirable), to “firm” and “hard” (much better). The good news is that “the going” is publicly announced a week before the races take place, meaning there’s no excuse for not being in the know and impressing others with your vast knowledge of race track conditions.

There’s no denying that the Royal Ascot has become something of a fashion show in recent years. For this reason, the subject of how to dress for the Royal Ascot deserves its own special attention.

Headgear has become a somewhat of a tradition at British race meets. Hats serve a range of purposes for spectators. They keep the June afternoon sun off the head, and provide shade for keen eyes witnessing the action unfold. More importantly for some, they serve as excellent conversation pieces, and help make an individualistic fashion statement for the wearer.

Men tend to err on the more traditional side, with most opting for a classic top hat. Women have a lot more leeway, and many delight in displaying some truly elaborate headgear. Whilst those outside the Royal Enclosure have less to worry about when choosing a headpiece, it would be wise for the monarch’s guests to steer clear of the most outlandish headdresses. In any case, the past few years have seen a tightening of dress code regulations, meaning you won’t be permitted to get too outlandish with your hat selection anyway.

Wherever you’re seat happens to be, it’s always best to check the dress code before heading off to the races. In general, it’s advisable for women to dress sensibly, in what is commonly termed “morning dress”. Spaghetti straps, halter tops, and clothing that expose the shoulders and/or the midriff are strictly forbidden, particularly in the Royal Enclosure. Such attire is likely to cause uproar within certain circles.

The Royal Enclosure is where your etiquette training will be put to the ultimate test. Be on your guard, and don’t let your graces fail you, especially when the Dom Perignon starts flowing.

You’re almost certainly going to be introduced to more than a handful of people, so make sure to have you opening patter ready. In these circles, Royal Ascot is as much about schmoozing as it is about racing. Many veterans of the event agree that the phrase “Pleased to meet you!” is ill-suited for meeting people you have never met before. “How do you do?” or some variant thereof is a much safer alternative. It’s also likely to help stimulate further conversation – always a bonus in unfamiliar groups.

Whilst on greetings, a double peck on the cheek should also be avoided – unless you’re face-to-face with someone you already know very well. Say what you will about the Royal Enclosure, but it is refreshingly old-school and traditional in many ways, and remains free from the tacky trappings of celebrity red carpets and the like. To be on the safe side, keep contact to a simple handshake, or a single peck on the cheek if it’s someone you know.

One of the unspoken rules of Royal Enclosure social engagement is that you don’t talk about money, your job, or anything related to work. It’s highly unlikely that you will have a higher position than royalty anyway. Anything less would simply serve as a reminder to your more privileged companions that people of lesser status exist – and that sounds like far too much reality for the Duke of Wherever to deal with.

Depending on your objectives in attending the races, you might want to give some thought to the day, and time of your arrival. Of course, you won’t have much say in the matter if you’re being invited as a guest, but it’s still wise to know what to expect on any given day.

The five-day event typically begins on a Tuesday. This is when the crowd is at its thickest. Wednesday is when the serious gamblers come out to play, and that’s where most of the betting action takes place. Thursday is traditionally “Ladies’ Day”, although men are just as welcome as they are on any other day. Fridays and Saturdays tend to attract a younger crowd, and there are usually fewer people jostling for space at the weekend.

A word on betting

Speaking of betting, Royal Ascot is not the place where you want to be seen holding a wad of bills and stubs, hollering madly at the sidelines as your chosen horse romps to victory. And if you happen to have a winner, keeping a poker face and a sense of decorum as you would at the tables of a prestigious casino is certainly the way to go. A great suggestion if you’re the type to express yourself is to bottle it up and rather let loose from the comfort of your own home when punting online. The elegant surroundings of Ascot demand a little bit more finesse. The correct way to place a wager is to politely hail a functionary, and express your interest in placing a bet to them. The functionary will then assume the responsibility for finding you the best odds, allowing you to continue struggling for small talk with the Duke of Wherever.

That should cover the most important things about Royal Enclosure etiquette for the Ascot festival. Try to keep them in mind, and don’t knock back too many looseners early in the day. Just relax. Be charming and polite. Remember, if you were invited, you have as much right to be there as the rest of those in attendance. Have fun and enjoy the races!