There’s a new trend sweeping across the major sports stadiums of America. Stadium goers that have endured decades of plain hot dogs and stale soda are finally being treated to proper culinary fare. Who is leading this culinary movement? It is a food and beverage corporation, Centerplate, advocating for traditional, local, and iconic fare across sports venues.  Miami’s Hard Rock Stadium culinary movement is underway.

As the 2020 Super Bowl LIV weekend begins on January 31, plenty of Floridians and travelers will sample these iconic foods we’ll discuss in this blog post. 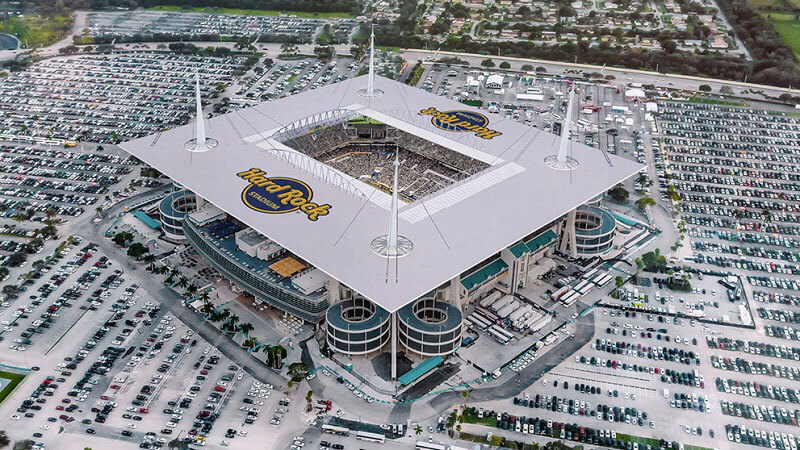 As Miami’s Hard Rock Stadium culinary movement food and drink options transform, so do the opportunities for exciting and innovative happenings such as this special wedding; they can happen 365 days of the year. As a result of the aforementioned $500 million renovation, the stadium now has 14 distinct areas where upscale events can be held.