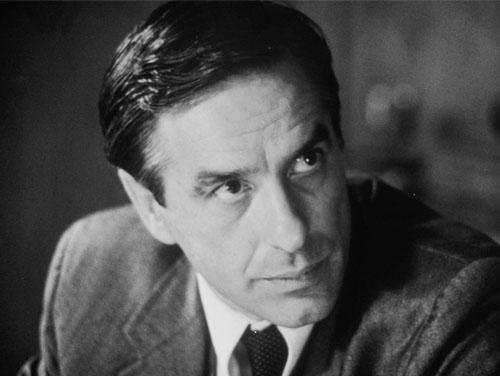 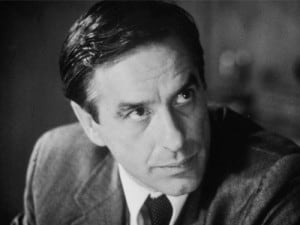 John Cassavetes may not be a household name to the casual film fan, but in many ways this intense actor, director and writer, was the father of the independent film scene in America.

His films were like the man himself, difficult to deal with, impossible to pigeonhole, and frequently extremely unnerving. He was that rare artist that was able to capture the idiosyncrasies of both men and women, and their often insanely frustrating attempts to love one another.

Cassavetes began his career as an actor in the early 1950’s, but it really wasn’t until 1956, the year he began teaching method acting in a workshop in Manhattan, that his directing ambitions would take root.

One of the improvisations that his group was doing in class led him to believe that it would make for a great film. Later in February of 57, Cassavetes would appear on a popular radio show in New York called Jean Sheppard’s Night People, and on this show he would solicit donations from the listeners so that he could make a different type of movie. 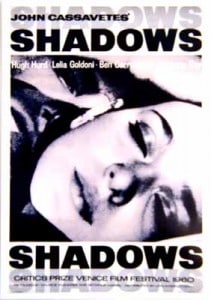 The result of this unorthodox financing was the film, Shadows (1959). A grainy black and white 16mm film, it   took Cassavetes several years to complete, and ironically was only released in America after it had won international recognition in Europe.

The story deals with an interracial romance between a fair- skinned black woman and a white man, who, because of the girls light complexion, is unaware of her true racial background.

The real power in this film is in its unflinching emotional honesty between the characters. The actors, both professional and amateur, are filmed in authentic New York City jazz club locations, which gives the film its unique sense of urgency and real intimacy.

Shadows established Cassavetes as a director determined to portray drama and conflict in its raw form on the screen, with all of its awkward and frustrating pauses intact.

This film would also set the stage for a career of self-financed films that saw him move in and out of the Hollywood system through out his entire career.

Cassavetes established a routine of sorts that allowed him to survive as an artist with complete control over his films.

As an actor he would appear in mainstream, big budgeted, Hollywood productions like The Dirty Dozen and Rosemary’s Baby. He would then take the money that he made from these films and pour it back into his personal projects.

Occasionally, a studio would back his films, but more often than not, he would be forced to rely on himself and his troop of regular contributors to complete his films.

Cassavetes liked to work with a regular group of actors in his films; most of whom seemed to be cut from the same bolt of creative cloth and relished the collaborative process that Cassavetes fostered on the set.

His regular stable of players included his wife, the snazzy Gena Rowlands, the perpetually rumpled Peter Falk, and the angry Ben Gazzarra.

During the 1970’s Cassavetes directed a string of feature films that established his reputation as a force of uncompromising integrity in American cinema.

Cassavetes as a director understood the power of collaboration on the film set, and did not allow the traditional power structure of how films were made to get in the way of telling an uncomfortable story or truth.

If one were to pick one Cassavetes film to watch it would have to be A Woman Under The Influence, a brutal portrayal of a woman going mad while her husband grasps at anything and everything to keep his suburban dream alive.

It’s to family life what Raging Bull is to boxing, in that both films are difficult to watch at times because of their uncomfortable truths.

Critics have yet to come to a consensus on the man and his work. On the one side of the camp is a belief that his films were unstructured improvisations that gave too much power to the actor, and on the other side, a director who had the courage to portray love, as it really is, messy, uncontrollable and unpredictable.

Regardless of what side you fall into one has to respect his unquestionable talent for depicting men and their relationships.

Increasingly, this modern world of ours seems to place value on blurring the lines of masculinity. Visiting the films of John Cassavetes is an incredibly refreshing experience, and for that reason alone is worthy of a toast to the man and his films.