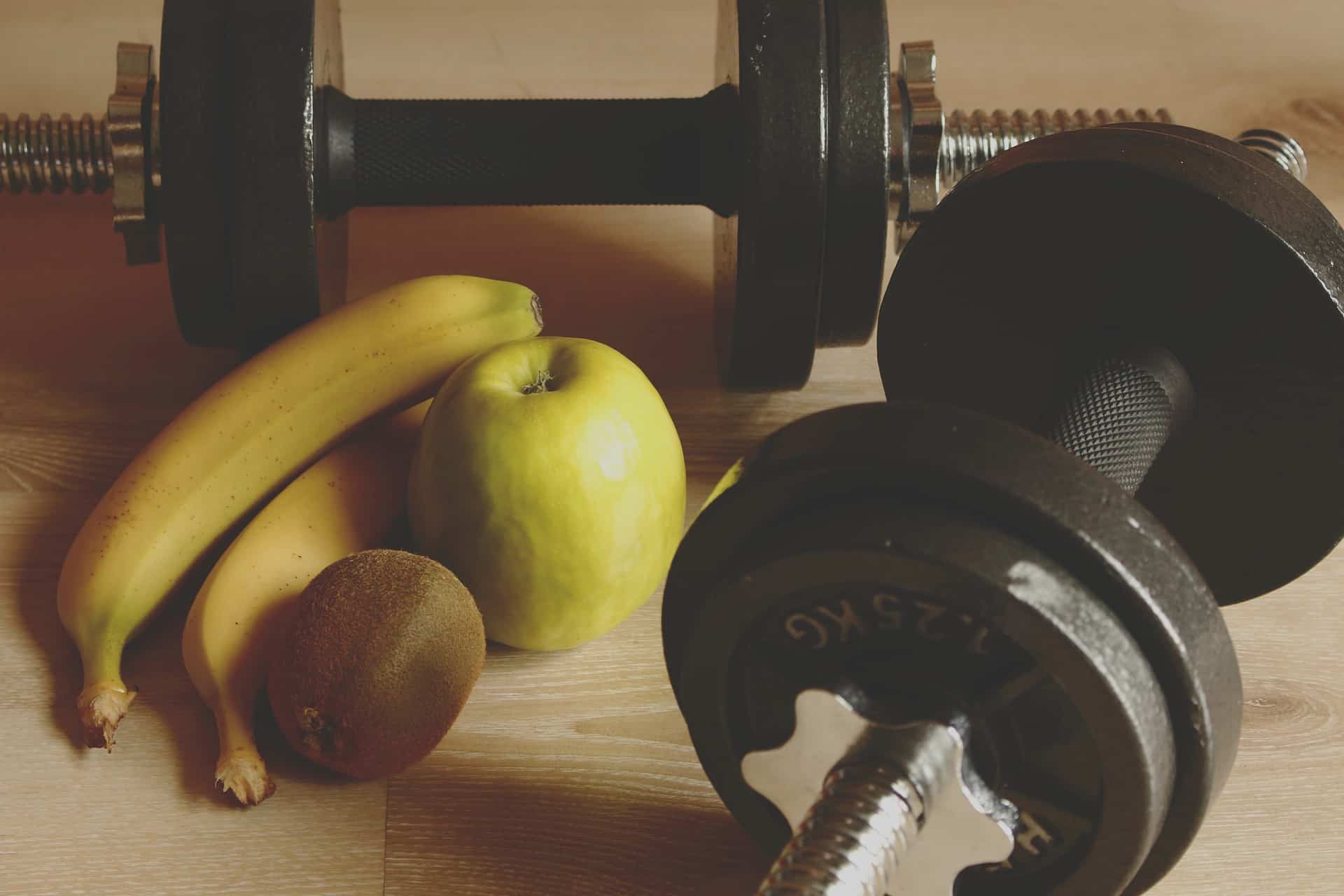 When it comes to bodybuilding, we often think about the Mr. Olympia icons of the 60s and 70s like Franco Colombo, Arnold Schwarzenegger, Frank Zane and Larry Scott, 1967 Mr. America Don Howorth and Mr. Universe Rick Wayne. They represented the golden age of bodybuilding, when their perfectly carved forms displayed true power the world have never seen before.

These bodybuilders were not products of anabolic steroids. They used natural means to achieve big shoulders, huge arms, small waists, broad chests, defined legs and of course, low body fat. This was the era when V-shaped physiques was emphasized. Today, such physiques are very rare, as the modus operandi of the day seems to be focused on mass, at the expense of all else. Is bigger always better? Not at all- and especially when it means compromising your health.

But all hope is not lost, as there are some simple principles we can exploit today; ones that were used during that golden era to great effect. Ready to take a blast into the past (sort of?) then let’s go! Do you know what’s common to all the famous names we mentioned above? No, they weren’t all from California! It’s in fact that they were all trained by the original ‘Iron Guru’ Vince Gironda.

Vince Gironda was one of the most sought after trainers during that era of bodybuilding. Famous bodybuilders and celebrities reached their desired bodies with his help. He tested different routines and used his vast experience as a seasoned bodybuilder to develop cutting edge nutritional plans and workout regimens that suited everyone- which were nonetheless deemed as unorthodox and highly controversial by his peers of the day.

He was famous for the following training protocols:

When it came to losing fat, he was a firm believer that the fault lay in your diet and not the amount of exercise you were getting. The Iron Guru was the first person to believe that ‘your success in bodybuilding is determined by 85 percent nutrition’. Having said this, he developed several diet plans that made use of a high fat/protein macro split, and restricted consumption of carbohydrates, many variations of which are still in use today.

Of course, it is a difficult feat to accomplish body fat reduction while simultaneously building lean muscles, as the caloric requirements point in opposite directions. For this reason, there were different diet styles he crafters depending on the current state of the trainee, and his desired outcome.

Today, they call it Atkins, Ketogenic or The Anabolic Diet but back in the days, Vince Gironda named this type of diet ‘The Maximum Definition Diet. Also called ‘Steak and Eggs Diet’, it consisted of only proteins and fats for 3 to 4 days straight, then followed by one day with one big carbohydrate-filled meal (to refill glycogen stores), which was then repeated.

In the book ‘Vince Gironda: Legend and Myth by Alan Palmieri’, it was stated that this diet was the best way to keep gaining muscle and burn lots of body fat at the same time. However, the number of eggs and the amount of meat to eat depends on the height, weight and level of training. Protein consumed in these amounts can elevate and maintain blood sugar levels for nearly 6 hours per meal.

The general principle of this diet is to eat eggs and meat, fowl or fish twice a day. For dairy products, only cream and butter are allowed.

According to Vince, steak and eggs should only be eaten for two meals per day (e.g. breakfast and dinner or lunch and dinner) because consuming too much protein close together may put you in a Negative Nitrogen Balance and may even cause kidney, liver and bladder problems as well as uric acid retention.

Recommended supplements for this diet included kelp tablets, enzyme tablets, liver tablets, wheat germ oil and more. Gironda also emphasized taking calcium because it will ease the occasional ‘nervousness’ that some people might experience from a high protein diet.

You may ask, ‘Isn’t this diet unhealthy due to too much fat?’ Yes, it is high in fat but unhealthy? No. Truth is, saturated fat is important for vitality and testosterone synthesis. Restricting your fat intake and replacing it with another macronutrient will not help you achieve the body fat reduction you may be looking for.

Butter, meat and eggs are rich sources of CLA (conjugated linoleic acid) that is known to have fat-burning effects. If you are working out for long hours, you need fat to have a steady supply of energy. Fat also helps to increase satiety following consumption of a meal, translating to decreased likelihood of overeating in between meals.

Gironda suggested that consuming this diet for 4 to 6 weeks was the most effective diet for building muscle, then followed by an alkalinizing diet, mostly vegetables and fruits to balance back metabolism.

Make 1 to 3 mixtures of this recipe and drink throughout the day – in between meals and before bed.

How many athletes do you know that take liver tabs today? Probably none that you can name, but they do so at their own chagrin. Liver tabs are among some of the most nutritious supplements you can take, being loaded with amino acids, minerals, vitamins and even the rare cytochrome P-450 enzymes.

Why do you think wild carnivores consume the liver of their prey first? It’s because liver is quite likely one of the richest sources of nutrition on the planet. The enzymes mentioned- cytochrome P-450, boosts hormone synthesis and facilitates detoxification of the body, keeping you functioning at optimum capacity.

What to Eat for Your Body Type

Many people assume that ‘body type’ only describes the way you look. Truth is, your body type can provide you information on how you respond to food, giving you an idea on how to build maximum muscle mass based on your unique body composition.

Once you are able to establish your unique body type, you can now make adjustments on your total nutrient intake to maximize your body composition and other health-related goals. There are three general categories (or somatotypes), namely the endomorph, mesomorph and ectomorph.

Endomorphs: They typically have bigger bone structures, along with higher total fat mass and body mass. This profile has a greater propensity to store excess calories as fat. This means they have lower carbohydrate tolerance.

To maximize your body composition, eat a meal with good quality fats and a moderate amount of carbs. Better time your protein or BCAA (branched-chain amino acid) intake around workouts. Gironda’s special protein drink provides a high-quality supply of protein that you can drink during your training. Gironda believed that the key to gaining lean muscle is to maintain a constant positive nitrogen balance, so as long as there are amino acids available in the body from proteins, you will not enter a catabolic state.

Ectomorph. Due to their fast metabolism, ectomorphs hardly gain weight. These individuals are usually able to overeat while gaining little to no weight.

To maximize body composition, an ectomorph must eat good quality fats with protein of minimum 30 grams per meal. They need large amount of calories to gain muscle mass. The Hormone Precursor Diet can help ectomorphs transform from thin into a much thicker physique. Ectomorphs also respond best to just a few, heavy sets of compound movements- so as to not expend an immense number of calories through the course of their workout.

It’s easy to become overwhelmed with the numerous diet and training styles on offer today, but sometimes, all we need is to go back to basics. Ditch the things that are not delivering for us, and consume real food; high quality protein and fats, veggies and the occasional carb meal. This is a proven recipe for success, and one that will make you a disciple of the true, Iron Guru.