The history of aviation is inextricably linked to the history of pilot’s watches, as this fascinating infographic from The Watch Gallery shows us. Since 1904, when Louis Cartier created the very first pilot watch for his close friend, Alberto Santos-Dumont, pilot watches have proven to be an invaluable accessory for aviators.

The first pilot watch, known as the Santos-Dumont, was carefully designed to be used when flying. By 1909, Zenith had created a similar timepiece and intrepid aviator, Louis Blériot, wore his Zenith pilot watch when he made the first flight across the English Channel.

In 1911, the Santos-Dumont pilot’s watch went on sale and anyone could buy one, but it was during the Great War that pilot watches really came into their own. Between 1914 and 1918, airplanes became an integral part of combat. RAF pilots needed precise instruments to help them win the war and pilot watches made by Zenith, Omega, and others were a vital part of this process.

By WW2, Hitler’s Luftwaffe pilots were also making use of pilot’s watches, known as Beobachtungs-Uhren, or observation watches. Hitler designed his own watch with a black dial, white numerals, and luminous sword hands. The IWC Big Pilot is very similar in design to the original “B-Uhr” but is more luxurious.

Modern pilot watches are directly inspired by their forebears, including the Montre d’Aéronef Type 20, which featured in instrument panels in French aircraft from 1939 onwards. In fact, the design of every major pilot watch has been influenced in some way from the iconic designs of the past. 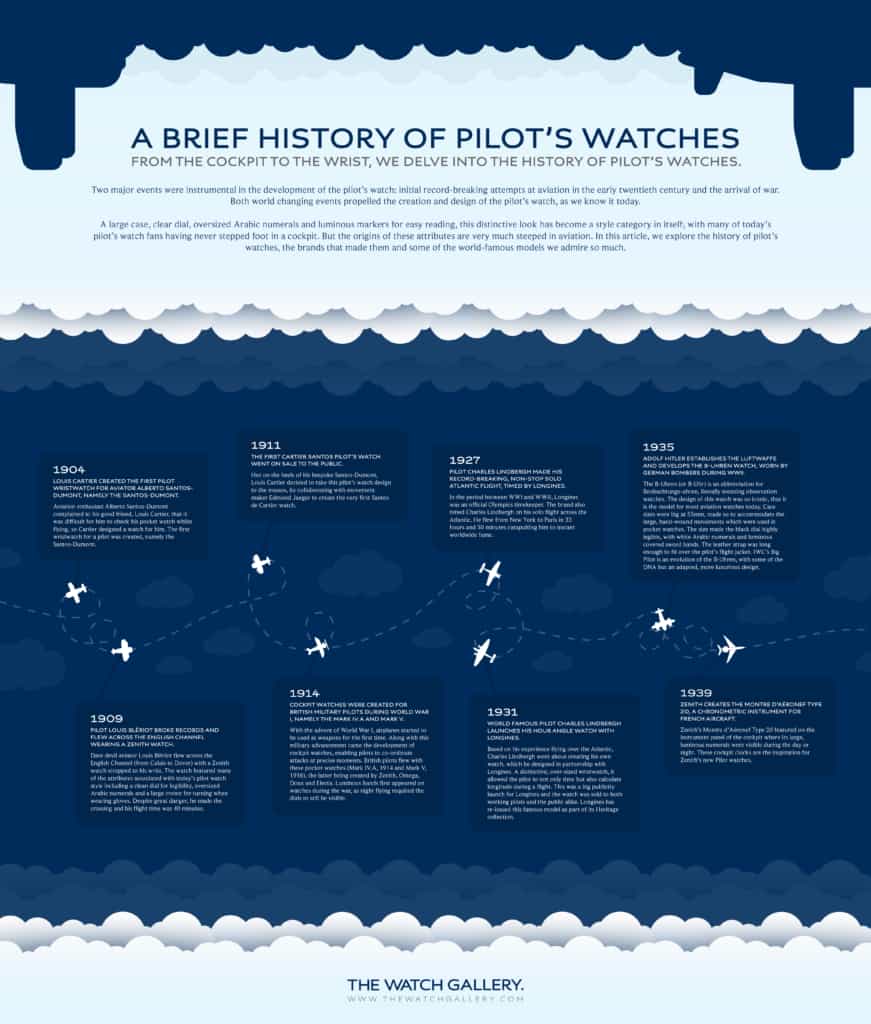 6 Ways to Elevate Your Winter Style