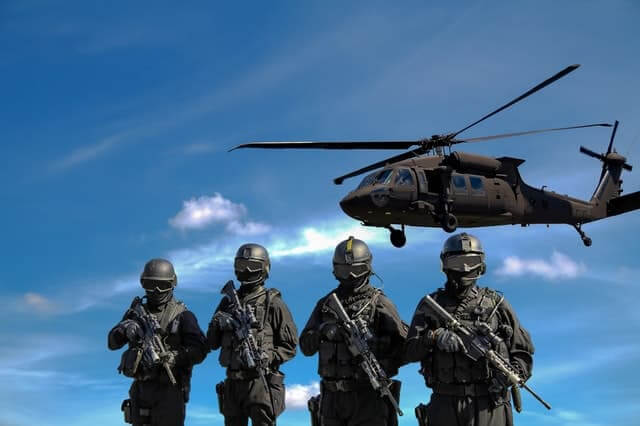 The one reason people get so bored when they’re at work is due to the work they’re actually doing. Doing the same thing over and over again, and you probably don’t even enjoy what you’re doing. The downside to working now is this, people are only going into jobs to try and get that paycheck at the end of the month. The whole idea of going to work because you actually enjoy what you’re doing has nearly vanished. Well, we’re here to try and change that. Here are some careers that will keep you on your toes, and show you that it can be fun to work again.

The police is such a good role to go into. You can start for the bottom, and in a few years time be doing something completely different and exciting. For example, you could start off as a normal on the beat police office, to an investigator of crime scenes. There is even chance to educate yourself further to make sure you get onto this career path. For example, you could do an online criminology degree that could lead you to becoming an investigator of a crime scene. The beauty about this job is that you will see something new every day. You’ll also gain a close knit group of friends through the people you work with. This career is definitely suitable for someone who is a team player, and doesn’t shy away from danger. There’s obviously the element of danger to this job that some people will love, and others would definitely prefer not to deal with. Do you have what it takes?

Cabin crew is definitely one of the most glamorous jobs we’re going to list today. It has always been seen as the life of luxury to become a cabin crew. Which isn’t far off from being true! You’ll get to travel to places in the world that you might never have had a chance to before. The pay is pretty good as well, the better the airline you work for, the more you’re going to get paid. Again, there is a little element of danger to this job, but flying is the safest method of public transport that we have! It is a tiresome job, and a lot of people are away from their families for a while. But if this jetsetter life sound appealing to you, then the pros will far outweigh the cons.

Now this isn’t going to be for everyone, but it is definitely one of the most rewarding career paths out there. Knowing you’re serving your country gives you such a boost of pride. The armed forces isn’t just for men, like it has long been conceived that it is. There are plenty of roles, such as a nurse of comms technician, that would really suit a female! It is a hard job, and there is that element of danger, but it is more than worth it in the end.

Top 5 Skills to Look for While Hiring A Python Developer