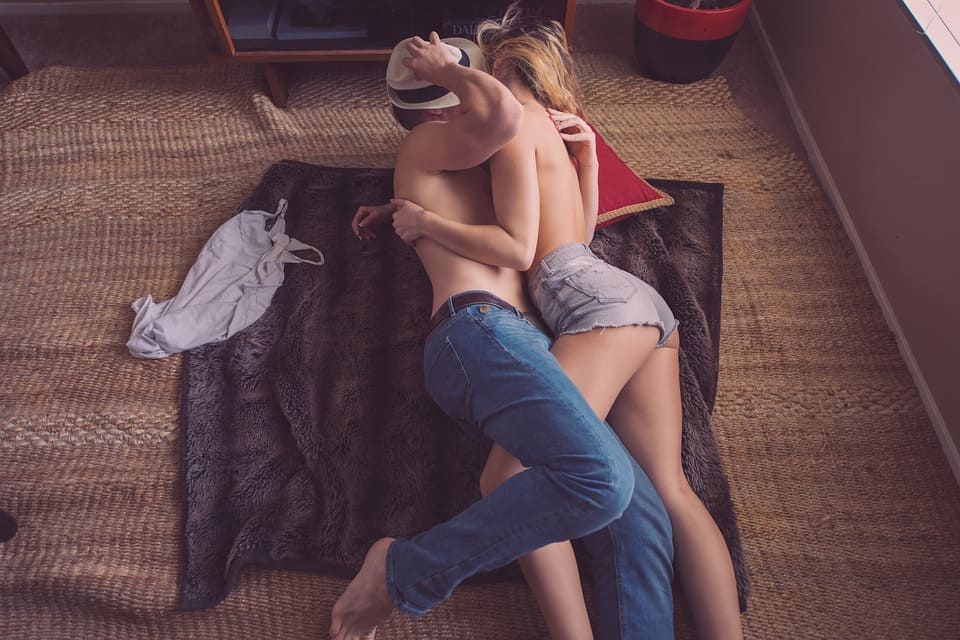 If you’ve been in a relationship for a while, no matter how good the sex, it can get a little boring for both of you. It can become routine and monotonous, and then before you know it, a Ben & Jerry’s serving of ice cream can become more appealing than sex.

That’s actually true. Many bored couples prefer ice cream to sex. Why? Because they don’t know how to get creative with sex and keep it interesting, that’s all.

There are many ways to keep sex interesting and fun for you both, but if she’s like most women, she’s probably going to turn over that responsibility to you. In other words, she probably wants you to take the lead when it comes to sex.

Why? Because the primal instinct of a woman is to follow, even if in her secular world she may be a high powered woman. In the bedroom, it could be totally different.

Here are some ideas to consider to help keep her interested:

Role playing can be a really fun way to make sex more interesting for her. Role playing is popular amongst couples who have lost the sizzle in their relationship because it introduces the fantasy of being with other people.

The truth is that nearly everyone fantasizes about being with other people, and it’s perfectly normal. So, why not embrace the fantasy and do it safely with each other where feelings won’t get hurt?

Most men and women who I know who are in healthy relationships don’t want to cheat. They would rather stay away from the possibility of ruining the relationship because when you love someone and the sex is good, why go somewhere else?

And so on. You are only limited by your imagination. The possibilities are absolutely unlimited.

A lot of women say that they prefer the real thing, but that’s probably because they have to put forth quite a bit of effort if they use it on themselves. It’s a different experience altogether if you use it on her and in her.

The key to making this work is for you to do most of the work with it on her. You could even experiment with fantasies like double penetration, or her having two guys at once.

If you want to make sex more interesting for her, you’ve got to be able to last a long time. Now, I’m not talking hours and hours on end – even 20 to 30 minutes is good if you have not been able to last that long before.

There are a lot of things that you can do in order to last a long time like eat right and exercise, but one of the tactical things that you can do is to change positions when you’re about to come. If you are doing her in missionary style and you feel like you’re getting too close, then stop and have her get in doggy style position. Then, if after a while you feel like you’re going to come too soon again, switch to cowgirl position or back to missionary. In other words, mix it up. Use the time between positions to relax your penis some so that it’s not so close to ejaculation. Still, that’s just the tip of the iceberg of what you can do to last longer, if you’re serious about solving premature ejaculation once and for all, try my 30 day step-by-step program, there I share the exact system adult film stars use to last as long as they want to.

These are just a few ways to make sex more interesting for her. There are other things like giving her a massage which can really help to keep her interested. Everyone loves a great massage.

Big Mike is an ex-adult film star and creator of the revolutionary Secrets to Lasting Longer program that saved thousands of relationships. Check out his site if you want to learn how to last longer in bed naturally.