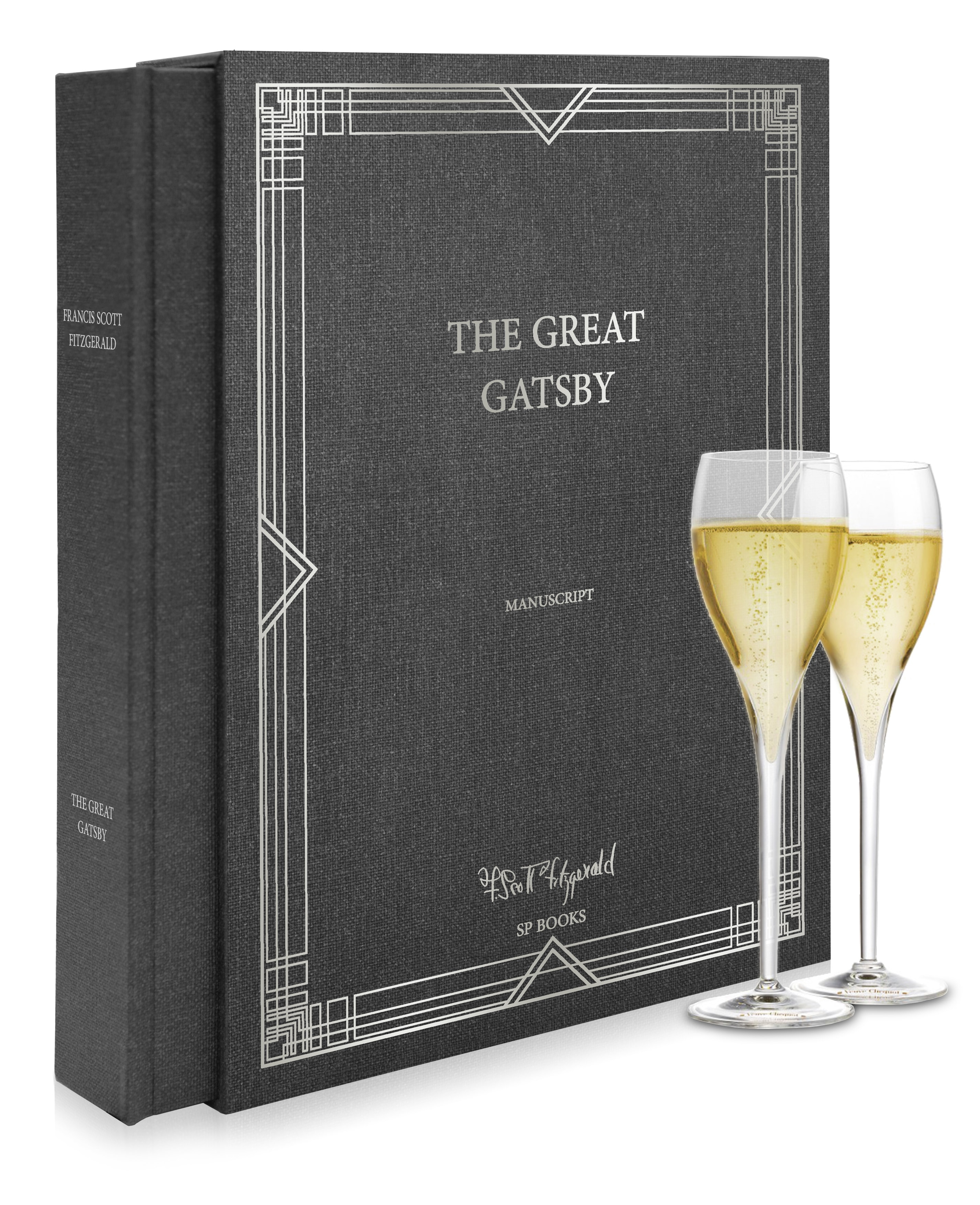 The Great Gatsby by F. Scott Fitzgerald is ranked among the greatest American literature ever published and frequently described as the great American novel of the 20th century.

However, when it was first published in 1925, it garnered only one paragraph in Time Magazine’s book review section.

“Still the brightest boy in the class, Scott Fitzgerald holds up his hand. It is noticed that his literary trousers are longer, less bell-bottomed, but still precious. His recitation concerns Daisy Fay who, drunk as a monkey the night before she married Tom Buchanan, muttered: “Tell ’em all Daisy’s chang’ her mind.” A certain penniless Navy lieutenant was believed to be swimming out of her emotional past. They gave her a cold bath, she married Buchanan, settled expensively at West Egg, L. I., [Long Island] where soon appeared one lonely, sinister Gatsby, with mounds of mysterious gold, ginny habits and a marked influence on Daisy. He was the lieutenant, of course, still swimming. That he never landed was due to Daisy’s baffled withdrawal to the fleshly, marital mainland. Due also to Buchanan’s disclosure that the mounds of gold were ill-got. Nonetheless, Jay Gatsby remained Daisy’s incorruptible dream, unpleasantly removed in person toward the close of the book by an accessory in oil-smeared dungarees.”

Despite not being given much attention at the time of its publishing and the sales dragging, The Great Gatsby is a magnificent work that portrays the extravagant lifestyles of wealthy New Yorkers during the Jazz Age. A tale that focuses on mysterious millionaire Jay Gatsby (most recently played by Leonardo DiCaprio in Baz Luhrmann’s film adaptation) who would do anything to win back the love of Daisy Buchanan, a married woman. The story is narrated through the eyes of Nick Carraway, a Yale graduate from the Midwest who after serving in the First World War, went on to New York to learn the bond business and lives in a cheap rental next door to the mysterious Gatsby. It is believed that the narrator and observer, Nick, is based on Fitzgerald himself.

While DiCaprio was doing press for the release of the 2013 film he said “I remember reading it at 15, in junior high school. However, the novel was far different from the Gatsby I read as an adult. I remember this hopeless romantic who was in love with this woman. He created this wealth just to hold her hand. To read the book as an adult was even more fascinating. The novel is nuanced. At the center for me now is this man who is incredibly hollow and searching for some sort of meaning in his life. He has attached himself to this relic that is Daisy. Yes, she is a relic. She is a mirage.”

On the surface, The Great Gatsby is a love story, with multiple romantic triangles. However, at the end, it is far less than romantic. Though it takes place over a few short months through the summer of 1922 and is set in the vicinity of Long Island, New York, The Great Gatsby is a highly symbolic reflection on 1920s America as a whole. Specifically referring to the dissolution of the American dream in an era of unprecedented prosperity and material excess.

Fitzgerald portrays the 1920s as an era of decayed social and moral values, demonstrated by its cynicism, greed, and empty pursuit of pleasure. The decadent parties and wild jazz music—epitomized in The Great Gatsby by the opulent parties that Gatsby throws every Saturday night—resulted ultimately in the corruption of the American dream, as the unrestrained desire for money and pleasure surpassed more noble goals. The main characters are defined by their lack of morals, caring, empathy and values.

In a new essay, available for purchase with a deluxe edition of The Great Gatsby, Director Baz Luhrmann believes Fitzgerald predicted America’s decline of 1929. “In the book, Fitzgerald more or less predicts the Stock Market Crash of 1929. After a summer of wild parties and booze-soaked soirées, a drunken Daisy runs down Myrtle killing her in the road, and on that night Gatsby’s dream dies too. Fitzgerald once said of the 1920s that he was pretty sure ‘living wasn’t the reckless, careless business these people thought.’ He knew something was fundamentally wrong with the moral fabric of society and he predicted that it was only a matter of time before the whole “bonanza” came tumbling down. And it did. ‘As if reluctant to die outmoded in its bed, the decade leapt to a spectacular death in October 1929.’ The morning after Daisy kills Myrtle, her long-suffering husband Wilson kills Gatsby as he finishes taking a swim in his spectacular pool.”

Luhrmann goes on to compare, yet again, this era with one currently taking place in the 21st century. “Now, in our own time, we see a similar sense of moral unease about the way people are making money, the way the American Dream is being realized. That was true when we made the film a few years ago and I think it is still true now, maybe even more so. Certainly, the bankers, the politicians, and the real-estate moguls, the very same ones who would have attended Gatsby’s glittering parties almost a century ago, are still the ones running the show. Maybe they never stopped. Either way, critics tend to say that The Great Gatsby is the Great American Novel of the 20th century — I would proffer that it is looking pretty prescient of the 21st century as well. You certainly could not get a better reflection of the period we are in currently, for my money, than Nick Carraway’s observation the first time he attends one of Gatsby’s parties: ‘It’s like an amusement park.’ ” 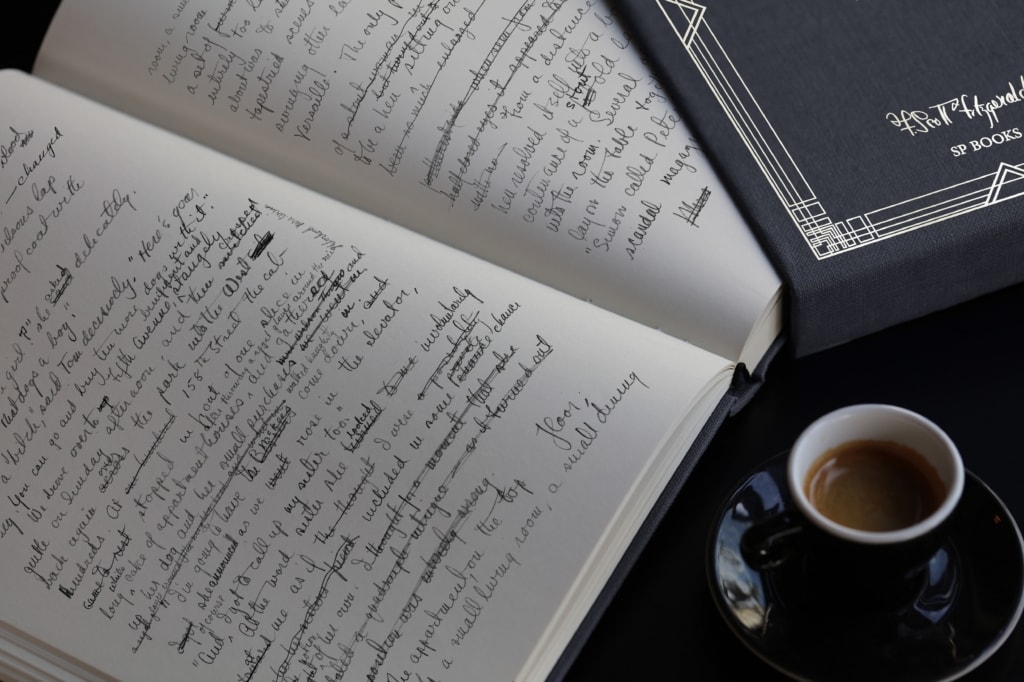 This edition is a true luxury item, the perfect gift for a student, collector, literature lover, or connoisseur of the jazz age. For a limited number of collectors, SP Books published the original 302-page autographed manuscript, which is housed privately at Princeton University. Due to its frail and fragile condition, it is rare one gets to view the manuscript, which makes this a real extravagance for bibliophiles. Throughout its handwritten pages, the novel’s characters are sketched, revised, and born. The manuscript is full of surprises. Entire scenes are extended. Passages are crossed out while others are added with a carat. Lots of details change. The main difference is that Jay Gatsby’s character appears more mysterious: the story of his rise to wealth isn’t revealed until the very end of the manuscript. Readers are able to see iconic chapters re-written and re-worked in Fitzgerald’s own handwriting and subsequently the writer’s creative process. An entire song that Gatsby sings to Nick was omitted from the published novel. Another change you’ll notice is that when Fitzgerald first started writing, “Daisy” was named “Ada” and “Nick” was “Dud”.

Hand-numbered from 1 to 1,800, each book is presented in a 14×10 inch slipcase bound and sewn using only the finest materials. The slipcase and cover ornamentations are iron gilded, and the pages are printed using vegetal ink on environmentally friendly paper.

It’s not hard to imagine why SP Books chose Luhrmann to write the foreword for this luxury edition. Back in 2013 DiCaprio gushed about working with Lurhmann on Gatsby, saying “Baz is a bit of Gatsby himself. He is the manifestation of his own dreams, and he’s been vigilant about being his own unique artist and creating a world around him that supports him. He is one of the most infectious directors I have ever met as far as his enthusiasm for doing great art. You cannot get in a room with Baz and not feel nostalgic for the world that you are going to create, and I knew that as soon as he handed me the book, as hesitant as I was about venturing into such respected material, I knew I wasn’t going to say no. I knew that by merely being in the room with Baz, it was inevitable. He has such a tremendous enthusiasm about being an artist and you just get caught up in the whirlwind that is Baz Luhrman and it is incredibly exciting. And he was the same way when I met him when I was 18 when I flew to Australia to do a little test rehearsal for Romeo and Juliet, he’s a very risky filmmaker and he doesn’t take on simple stories. He wanted to take on Romeo and Juliet, and do an entirely different universe for it, he wanted to take on The Great Gatsby and they are incredibly risky undertakings. But I admire that in him.”

In his insightful forward to this special edition, Baz Luhrmann concludes: “I think it is safe to say that F. Scott Fitzgerald would be thrilled to know that this edition of Gatsby, written in his own hand almost 100 years ago, is being published right now — so that his green light will stay blinking out there in the darkness, at the end of Daisy’s dock, inspiring readers of this generation and many more to follow their incorruptible dreams.”

My Journey from NASCAR to Writer