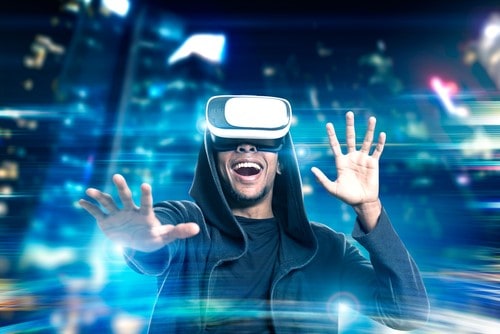 Not that long ago, virtual reality was more of a cool idea than an actual “thing.” While people thought the notion of wearing a headset that allowed them to experience a number of seemingly real things sounded amazing, the technology wasn’t quite there yet for the dream to become reality.

Now, thanks to advances in technology, including some nifty mobile processors that support virtual reality, VR headsets and more, there are a number of ways to experience VR for yourself:

One reason VR is more common than ever is due to the best mobile processors and platforms that support it. For example, the Qualcomm Snapdragon mobile platforms have the ability to power the latest mobile experiences, including both immersive VR and AR (augmented reality). In addition, the Qualcomm Snapdragon mobile processors feature ultra-fast charging — five minutes of charge time will get you five hours of battery juice — and long battery life. This means that, when enjoying a VR experience, you won’t have to worry about the mobile device conking out just as you are sailing over the Eiffel Tower. In addition, the low power usage means that your VR headset will not overheat and will be light and comfy to wear.

Another reason immersive VR is becoming more than a dream is the Android smartphone. The Samsung Gear VR works with the Samsung Galaxy smartphones, and costs about $100. While the mobile VR is in its early stages right now — for example, it can detect head rotation, and uses headset buttons and gamepad controllers for the total experience, it is an affordable and user-friendly way to give virtual reality a try. Also, thanks to Google’s launch of the Daydream View headset for $79, mobile VR is now compatible with even more Android phones.

Video Games Are Embracing It

Video game fans are definitely excited about advancements in virtual reality — after all, why merely play a racing game or fight bad guys on a TV or computer screen when you can feel like you are inside the car zooming along or knocking off the villains face to face with incredible weaponry and skill? Thanks to the aforementioned Gear VR, which came about because of a partnership with Samsung and Oculus, a company that is at the forefront of VR technology, the number of VR games is already quickly growing. For example, fans of zombie games will love the VR game “Drop Dead” and its incredible visuals and interesting story line. A fun game to play at parties is called “Keep Talking and Nobody Explodes” — it only requires one VR headset for the main character, called the Bomb Diffuser, to wear. Everyone else who plays can access the bomb diffusing instructions but they cannot see the bomb through the headset.

Another immersive virtual reality experience that can be enjoyed by anyone with access to the headset and equipment is called “Elite: Dangerous.” The game lets you travel through 400 billion star systems of the Milky Way in your very own customized spacecraft.

As time goes on, it will be interesting to see how immersive VR experiences advance even more. But for now, it is clear that virtual reality is becoming more mainstream and accessible to many, and technology is being built with these VR experiences in mind.

Smartwatch for Kids: How to Set It up for Your Child?