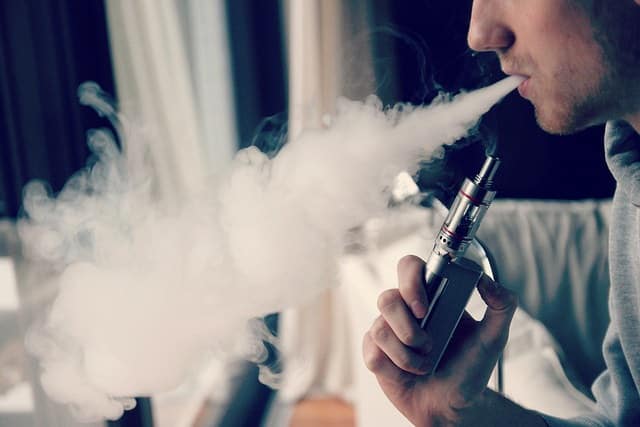 Gentlemen who want to finally kick their cigarette habit and become healthier, wealthier and happier in the process can take heart, as vaping may well be the key.

To find out what’s happening, let’s take a trip across the pond to the United Kingdom. There, this month, it is Stoptober: an annual campaign run by the National Health Service to try and get people to quit cigarettes. For the first time, it is recommending e-cigarettes as a way to achieve that important goal.

“E-cigarettes are a great way to help combat nicotine cravings and carry a fraction of the risk of cigarettes,” the campaign says. In guidance about vaping, it adds: “E-cigarettes are particularly effective when combined with support from local stop-smoking services — people who choose this route have some of the highest quitting success rates.”

Indeed, a combination of factors is helping to propel vaping to the forefront of efforts in the UK to lower the smoking rates. It’s now a decade since a ban on smoking in enclosed public spaces came into effect and, in that time, 1.9 million people quit smoking, while three million took up vaping. Whilst the rise of high street vape stores and online vape shops has taken place, the demand for cigarettes is on the decline.

Such is the growing popularity of the e-cigarette that, in 2016, sales in the UK leaped by 50% to become a £1 billion ($1.3 billion) industry. It’s predicted to double in value by 2020 as concerns ease over any perceived risks, due to a growing body of top-level research showing that vaping is far healthier than smoking. 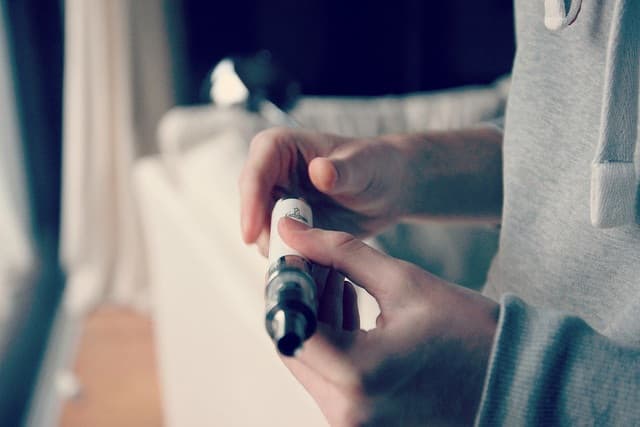 Seeking to clarify confusion over the health or risks of using e-cigarettes, which contain nicotine but none of the many thousands of chemicals found in burning tobacco, health chiefs in Scotland have taken the lead.

There, the health service worked with 20 related organisations to uncover the truth about vaping and present the answers to a sometimes anxious public. What they discovered was that vaping is ”definitely” less harmful than smoking, while research by their counterparts in England declared that e-cigarettes were “95% less harmful” than tobacco products.

Across wider Europe, it’s the same picture, as more people than ever turn to e-cigarettes in an attempt to stop smoking. Between 2012 and 2014, the amount of people across the continent vaping to try and finally ditch tobacco rose threefold, from 3.7% of smokers to 11%, researchers report. Additionally, they found, people were less likely to seek out medically approved ways of stopping smoking.

At the same time, other research shows that smokers who vape regularly are more likely to stop smoking altogether. With vaping, after all, smokers are getting the nicotine they desire, but none of the toxic chemicals that can be so harmful to human health.

Countries all over the word are now implementing stop smoking campaigns, as they try to combat the biggest preventable cause of death globally (six million around the world annually, nearly half a million of them in the US). Just like the Stoptober initiative, many are suggesting that smokers take up vaping instead. They also stand to make substantial savings, because after buying a vaping device, e-liquid refills from a vape shop cost relatively little compared to expensive packs of cigarettes — and they last much longer.

Probably the most definitive word on vaping and its risks compared to tobacco comes from the Royal College of Physicians in the UK — one of the oldest and more prestigious medical institutions in the world. It examined vaping and found that “e-cigarettes are likely to be beneficial to UK public health. Smokers can therefore be reassured and encouraged to use them, and the public can be reassured that e-cigarettes are much safer than smoking.”

Vaping, then, may well turn out to be the death of smoking.