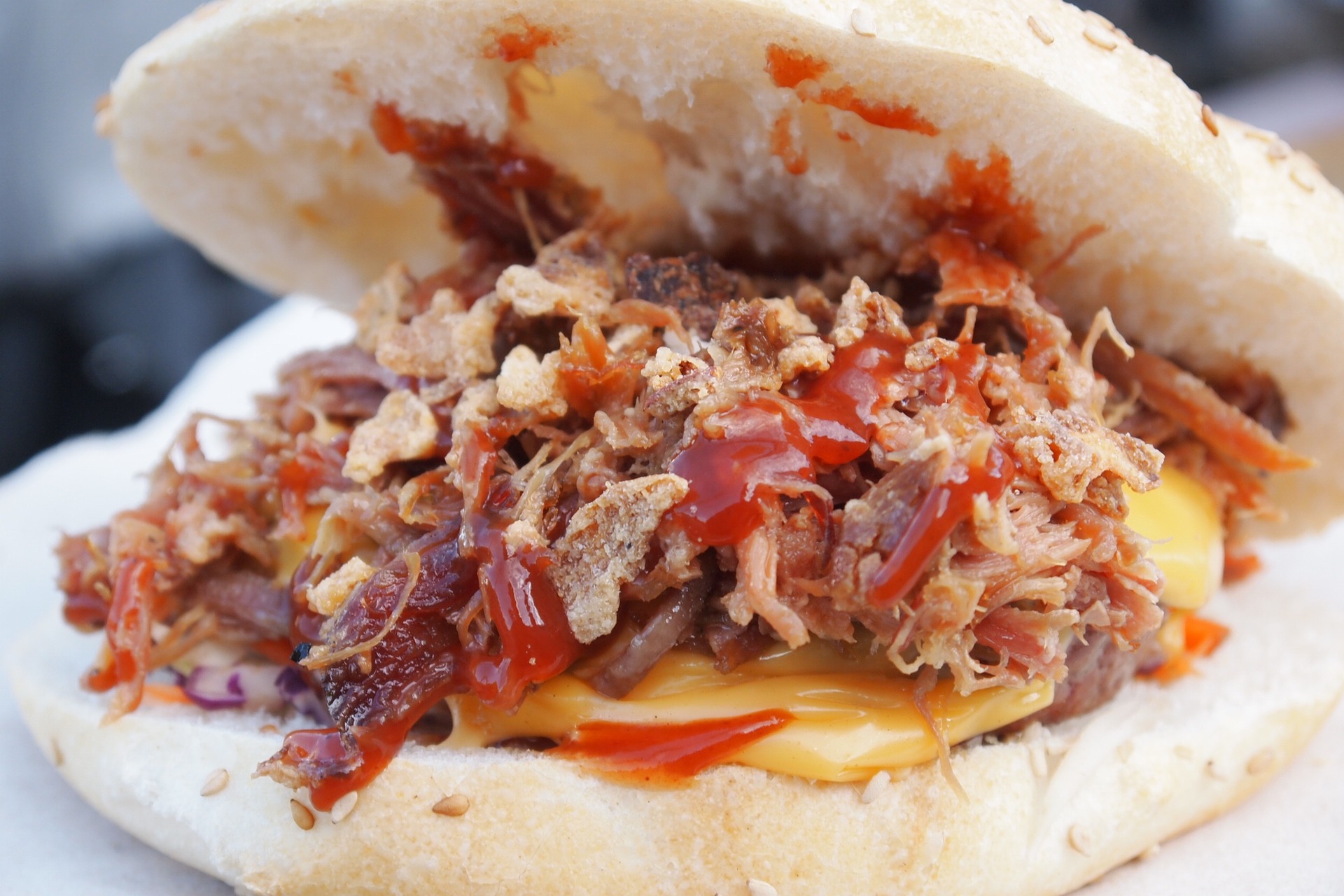 Pulled pork sandwiches are like the misunderstood little brother of the Hamburger. While a burger can reach truly great heights and may even be seen occasionally on a menu in a fine dining establishment, the pulled pork sandwich is definitely resigned to more casual fare. And it is surprisingly easy to make(pull off?). You don’t need a fancy wood smoker to cook your roast; in fact the only tool you need is a crock-pot and your hands. What better meal is there for a week-day spring dinner, when you’re venturing onto the patio for the first time in months?

For starters, get your hands on a 5 pound boneless pork shoulder or butt roast. Usually butt and shoulder roasts are surprisingly affordable compared to pork tenderloin or chops, another bonus for pulled pork. For extra flavour, you can brown the outside of the roast in a frying pan or on a grill, then throw the roast into your slow cooker. As the roast cooks, it will throw off some liquid, but you want to make sure there is plenty of liquid by adding some other ingredients to the pot:

I usually mix it all together a bit, and rest the onions on top of the roast before I put the lid on. All of these ingredient only add a touch of flavour to the meat itself, but they do help by tenderizing the meat and keeping it moist as it cooks. Now you need to be patient, and put your crock-pot on low for 8-12 hours. 8 is when the meat really starts to come apart, but at 12 it is perfectly tender and almost falling apart by itself. If you can you may want to turn the roast over at a half way point so that all parts of the meat have a chance to rest in the sauce that surrounds the roast. I often put it on overnight, although only when I want to wake up to a strong meat smell in the house. If I can I will leave the crock-pot outside protected from animals.

When the roast is ready, I pull it out carefully and put it in a bowl to cool off a little. Scoop out 1 or 2 cups of the leftover broth and set aside. Then it’s time to do the actual pulling. Do yourself a favor and put on some rubber or latex gloves for this part, the roast is likely still quite hot. Separate the strands of meat from the soft fat and put the meat aside in another bowl. Some fat may get into the meat but overall this is undesirable. Once you’ve gone through the entire roast, discard the fat and the fluid still left in the pot. You probably want to avoid putting it straight down the drain here since the fat could congeal in your pipes and give you some real issues. The broth you pulled off earlier you should slowly pour over the meat until it appears to be nice and moist but not wet.

Now comes the real key for the flavor of your roast: get a really good barbecue sauce, and mix it right into the pulled pork. This will also help to keep the meat moist and give it some real zip. At this point you can do what you like with your pulled pork. I prefer to serve it with coleslaw on a crunchy bun with some good beer and maybe some potato salad.