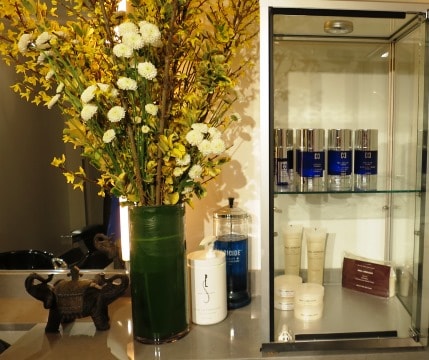 A visit to the spa has forever been seen as a thing that women do to relax and enjoy some time alone. As men, our version has been to watch sports or something of that sort. But those stereotypes are flying out the window, because spa days for men are becoming a normal activity (and I completely understand why).

I’ve trimmed my beard at home with clippers, trying to get the refined shape that is so popular, rather than looking like a cave-man. It’s no easy feat trying to make sure both sides are even, let alone making sure you got all the wild hairs poking about. So needless to say I was looking forward to getting a trim from a professional, although I wasn’t quite sure what to expect out of it.

While you can choose a massage, manicure, or another treatment; I went for a beard trim at the  Paul Labrecque Salon and Spa inside of the Chelsea Sports Center in New York City . A hot shave is far more popular and interesting but I really did want to keep my beard. Read here For more details about their gentleman’s barbershop

Walking into the Chelsea Sports Center with a full gym, basketball courts, and other facilities was a treat as you can make an entire day out of it including both a workout and relaxation at the Paul Labrecque Salon and Spa located in its own separate area away from the gym goers. 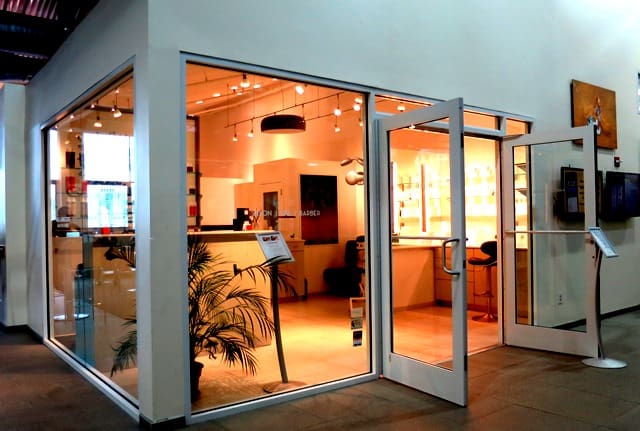 I immediately felt at ease after the receptionist took my coat and waited for my trim with a hot drink in hand. The salon has a modern look, with enough neutral colors and sleek decor that I didn’t feel as though this was strictly for women.

Once I was taken back to the styling area, I saw what one would normally see when getting hair done. Different stations where the stylists all had their own products and chairs, but unlike lower end salons, there were different rooms where different treatments were done. The hot shave and various and spa treatments were done in separate areas, so as I was escorted to the barber station for the first part of my beard trim. 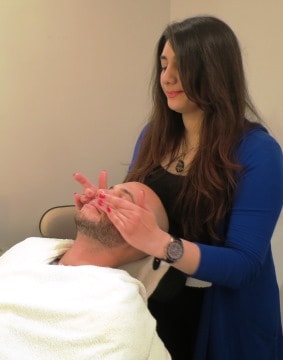 First up was a trim using clippers on the dry hair, which was much like what I have always done at home, albeit with less success. This was classic trim with a real barbershop feel to it. Once the initial trim was completed she took me back to a private room, which we accessed through the locker room and spa area.

It was there that the relaxation began with soothing music and a series of hot towels wrapped around my face. She had also applied pre-shave oils, continuing the relaxed and pampered feelings that I hadn’t experienced before. The hot towels were just warm enough that having them on my face instantly relaxed my entire body, and I could have easily fallen asleep in the chair had I not been focused on observing the process to share with readers like you. To make things even better, as the hot towels were resting on my face, allowing all those oils to soak in and make my beard silky smooth, she began giving me a light shoulder massage. 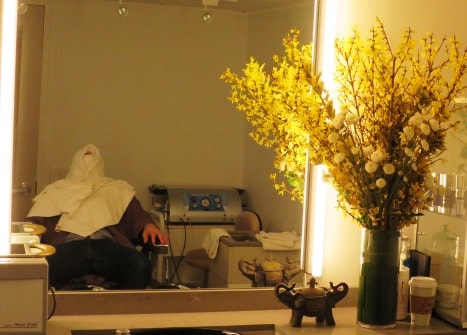 Once the towels were removed, she went at shaping and molding my beard with a pair of scissors and a straight razor. At this point I was fully impressed. I had walked in expecting something akin to a basic trim with clippers and to be sent on my way. But I was given so much more than that. I haven’t begun to explain the entire process involving even more hot towels, oils, and lotions applied to increase growth in patchy areas and more. 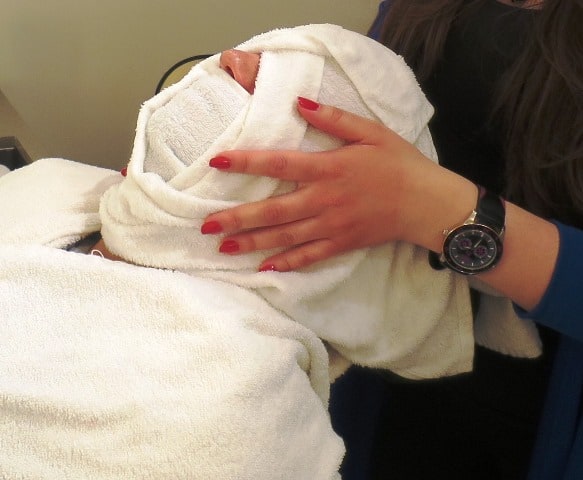 There wasn’t a thing I would change about my experience, from the waiting area to the smell of eucalyptus in the private area.

Once the time was up and my beard was tamed enough that I looked like a man who could conquer the world, I was ready to leave. Paul Labrecque and Salon was definitely an experience I look forward to having again. I didn’t feel like I was just another person that had walked inside their doors for a pair of scissors to trim a bear. I felt like every person I encountered there cared about me, and wanted to make sure that I had the best experience as a day at the spa should be. This opened my eyes as to how the spa might not just be for women anymore. Men are able to and should consider going to a high end salon for pampering.

Overall I feel like going to places like Paul Labrecque Salon and Spa could be the new guys afternoon out from massages to beard trims, or even manicures to make your fingers alive again, a spa day is a great way to relax. No matter who you are.

My treatment was provided in collaboration with Paul Labrecque Salon & Spa, Chelsea Sports Center. All opinions expressed above are my own.