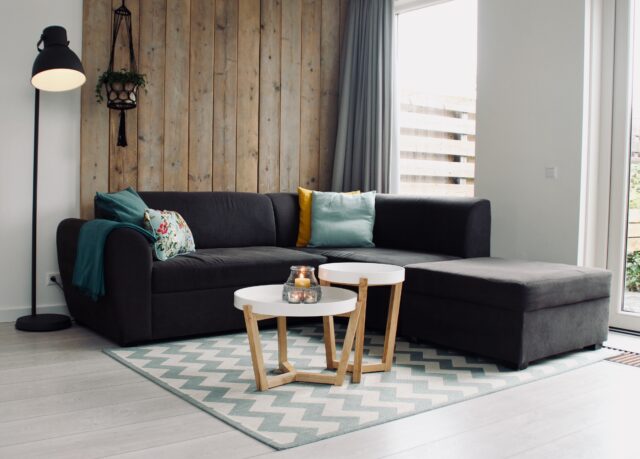 When you are planning a move, you may be considering a DIY relocation. However, moving a couch on your own can be time-consuming and complicated. Depending on the model, the couch you want to relocate can be extremely heavy and sizeable.

The time and money involved in moving one heavy item are often not worth the effort. It’s usually easier to hire a moving company that offers one-item or small moving services.

Whether you want to move a couch on your own or hire movers to do it, you need to plan your budget. Let’s take a look at factors affecting the cost of such a move.

The shape and size of your couch are the key elements that determine the price of the move. If your couch is small and rectangular, moving it won’t be as expensive as relocating a king-size irregularly shaped sofa.

To move a sizeable couch, you need more movers, more equipment, and more time. More often than not, you would need to disassemble a couch to get it through the doorway or elevator doors.

If your oversized couch can not be disassembled, the process can turn out to be time-consuming. If you plan to move the sofa independently, it’s imperative to rent the necessary gear like heavy-duty straps and dollies.

If you need to move a couch up or down the stairs, be ready to pay extra. Stairs are a significant obstacle for movers who have to deal with large and heavy items. The more time it takes to move oversized coach up and downstairs it will increase moving costs.

If you have to deal with tight corners, consider packing your sofa carefully. According to Torex Moving experts, it’s easy to damage the sofa, the staircase, handles, and walls without the right gear.

If you live in an apartment building with an elevator, check that the sofa fits into the doorway. Otherwise, you would need to carry the couch down (or up) numerous flights of stairs and could inflate the cost of moving a couch significantly.

Large and heavy items are hard to move without special equipment. You may be able to relocate a small sofa without any straps or dollies. However, for an oversized couch, you would need to rent or purchase special moving gear.

Remember, lifting a heavy couch without equipment could be dangerous for your health. Professional movers from Torex, Mississauga Moving Company, explain that moving experts go through special training to ensure they don’t hurt themselves during a move.

Meanwhile, DIY movers often end up suffering from back pain. These people tend to get injured because they don’t handle heavy items correctly.

If you are planning a DIY move, the total cost will be lower. However, you would still need to rent moving equipment and hire a truck. Remember, when you are moving items on your own, they aren’t insured.

So if you and your assistants damage the couch during the move, your homeowner’s insurance won’t cover it. Consider purchasing moving insurance to prevent unexpected expenses.

If you hire a moving company, you are likely to spend more money than during a DIY move. However, such a move is expected to take less time.

The cost of a professional move depends on the moving company you choose. Most likely, several moving companies in your area are ready to assist with moving a couch. However, not all of them offer one-item moving services.

For a small move, the majority of companies will charge by the hour. Some of them will have a fee. Be prepared to pay around $180 for moving a couch.

While moving a couch seems like a more straightforward task than arranging a full-time house move, it still requires some preparations. The cost of moving a couch depends on many factors, including its size, the number of floors it needs to travel, the company you choose, and more.

To save money on the couch move, you can arrange a DIY relocation. However, such a move is likely to take more time. It could also be hazardous for people who don’t have experience with moving heavy items.