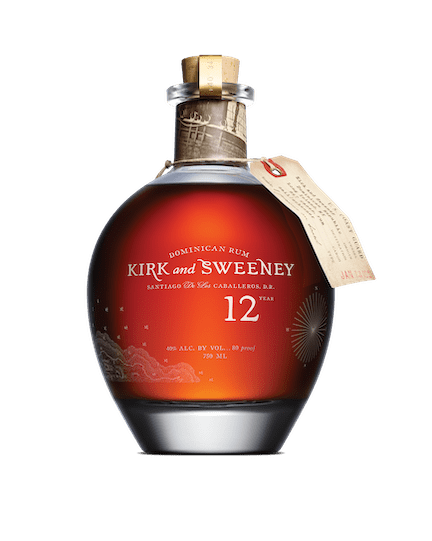 The Golden Cask, as Balvenie has dubbed it, is in fact referring to wood barrels that formerly held Carribean rum. In particular, golden rum. The whisky being aged inside is a 14 year old, which slots this nicely between the 12 year Signature and Doublewood on one end and the 15 Single Cask on the other. I’ve read that this is a product for Duty free and other travel retail, however I bought mine in 700ml at the local purveyor. Aging Balvenie whisky in a rum cask makes perfect sense to me which is why I bought one, despite having a love hate relationship with the aforementioned Doublewood. For me The Balvenie is a bold dram in any expression with considerable attitude to its flavour profile. It’s fiery and spicy, and can feel rough in the mouth sometimes. When I feel like I want to fight a bit with my dram, I now pour myself a Golden Cask. Rum often holds some of the same characteristics: it can be fiery and spicy too and tends to grab you tongue with a firm grip rather than a soft carress. Sounds like a perfect marriage. Reading 47.5% on the label only adds to the intrigue of a drink with real punch, the type of dram a pirate would covet.

The Rum cask seems to impart a similar colour to a bourbon cask, yellow and certainly not very dark. The aromas are very spicy indeed, and reminded me a bit of rye whisky, although some earthy honey notes give away its Dufftown origins. The aromas are agressive, which I expect from Balvenie. They don’t come at your nose subtly, but fill and sting the nostrils immediately on the first sniff. The rum finish is only slightly evident at this point, but upon tasting it comes out shouting.  This is where David Stewart, The Balvenie’s malt master, shows his talents. He knows that being a little heavy handed with the wood finish is wise with this potent spirit, and he lets the cask flavours lend their slightly burnt brown sugar taste meld with the dried fruits and honey on the base 14 year old. There is some creaminess for sure, but the spice batters and bruises it, just like in the Doublewood 12. The finish is similarly hot and complex.  This whisky is a fun ride to get through, and there’s no shortage of flavour at any point. The cask and whisky feel a bit like they’re shouting at each other, but I like that idea when dealing with a cask that previously held another bold spirit. If you’re looking for a slow sipping soft dram, stay well away. I might recommend this to a scotch drinker who is looking for a halfway point to rye whisky. I should note, by the way, that since I finished my bottle last month new bottles on the shelf are now labeled “Caribbean Cask.” Yarr.