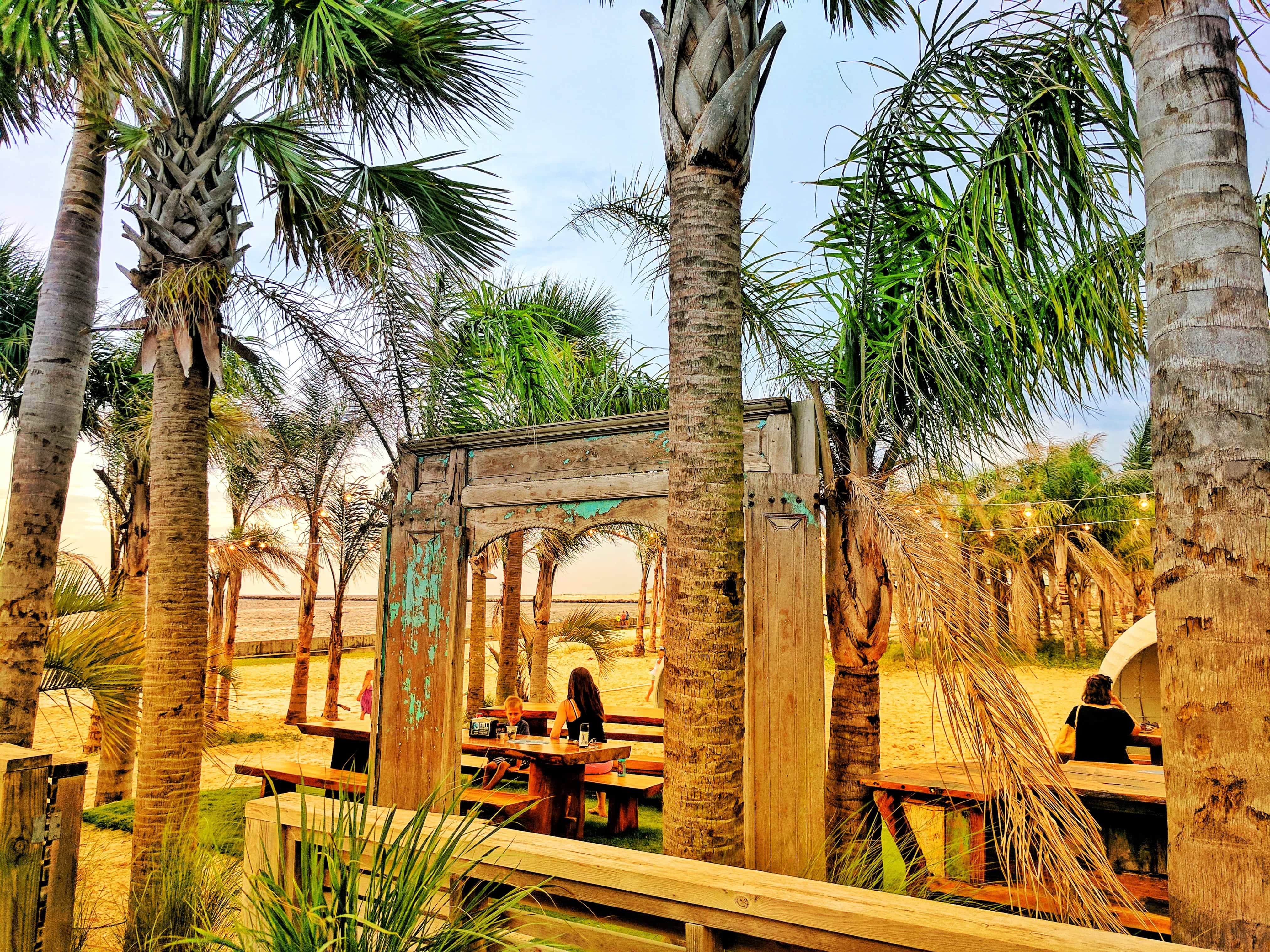 Alabama is raw, and as much as I dislike describing a place as authentic, it is true of Alabama.

The regional drawl, unpretentious dining, laid-back beach towns, and straight-out-of-a-book Southern charm make this a U.S. state to experience now before it makes all of the top-ten lists in the years to come.

Sweet southern accents? Better than you can imagine, and it comes with politeness and charm.

Most people you encounter will be polite, and once you get to know someone they let it all out — sometimes after only a few minutes. My host on the bay ran a Stand Up Paddleboard tour company out of a house passed down to him from his grandmother. Our group changed into our swimmies in his son’s bathroom and walked out the backdoor onto Stand Up Paddleboard waiting for us at Mobile bay in the Gulf of Mexico. Our host was high on life and fun as hell. While I rolled my eyes at his stories about how we are all special people on Earth, I appreciated hearing his enthusiastic yarns about backwoods camping trips as we downed Bud Lights from the cooler rigged to the back of his Stand Up Paddleboard. (No craft beer allowed.) Oh, and I forgot to mention that a couple of dolphins circled our stand-up-paddleboards during storytime and from a distance as we attempted backflips off the dock. 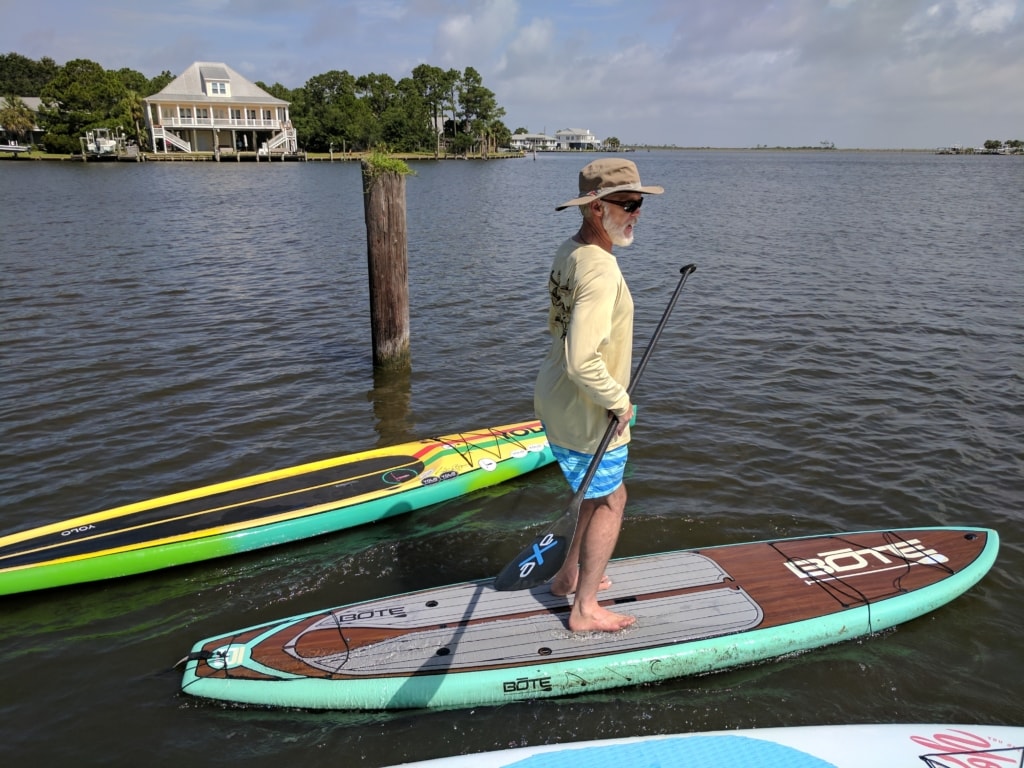 Unpretentious? Certainly. While we sat atop Dauphin’s, one of Mobile’s finest restaurants on the 34th floor of the Trustmark Building downtown. Executive Chef and sommelier Steve Zucker came out to introduce the concepts behind his French Creole cuisine and what brought him here in a thick drawl. After our flambé tableside dessert, he brought anyone who wanted a tour back into the kitchen and explained a few things to the aspiring chefs.

It was not apparent to me at the time but the unassuming Zucker has plenty of culinary accolades as “One of the Top Ten Chefs to Watch” by Esquire Magazine, a Food Network appearance, and invitation to cook at the prestigious James Beard House. 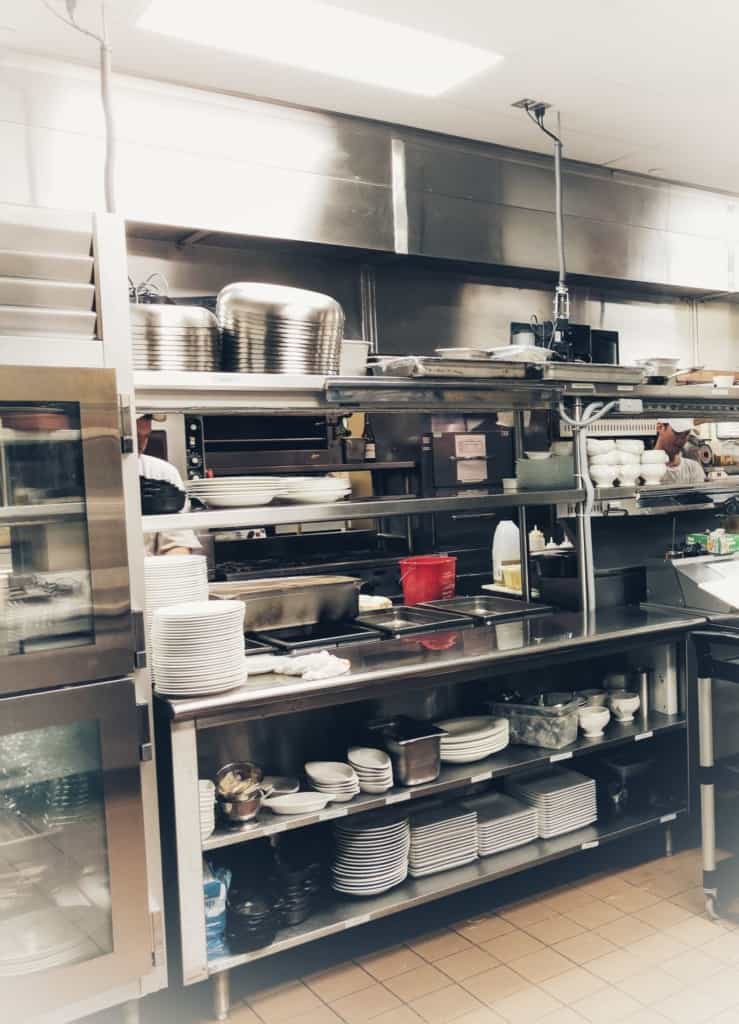 Historic? Yep, but not in a way that compares to nearby Southern cities like Savannah and New Orleans. Instead, you’ll find plenty of history following the Alabama Civil Rights Trail across the state from like the infamous Tuskegee Syphilis Study, Birmingham’s 16th Street Baptist Church protest 1960’s protest headquarters, Martin Luther King, Jr.’s church, and the Rosa Parks Museum in Montgomery, the capital of Alabama’s Capital.

Prior to the civil rights movement, in an age when people valued privacy (around the time of the kidnapping of Charles Lindbergh’s son), Coca Cola bottling plant mogul Walter Bellingrath opened The Gardens that Coke built to the public. The Bellingrath Gardens and Home is a rather unknown place outside of Alabama where you can learn about the past as you sip on Coca-Cola beside a lake. 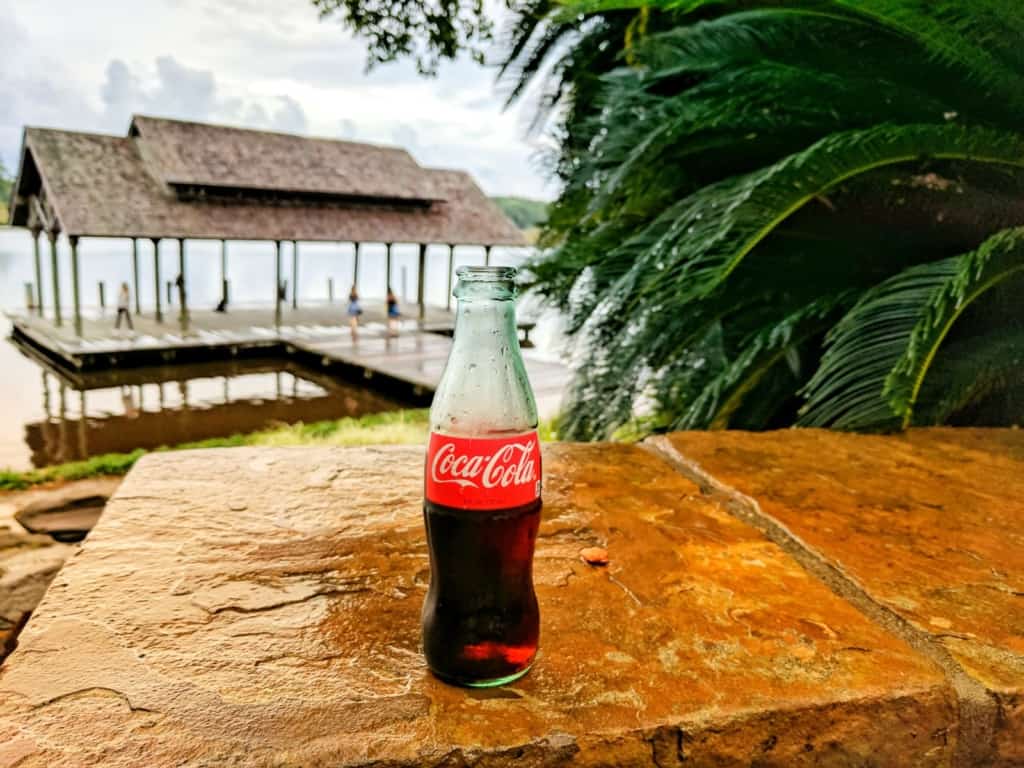 Really, Bellingrath and his habit of chatting it up anonymously with randoms are as unpretentious as it gets — a symbol of what I experienced in Alabama. 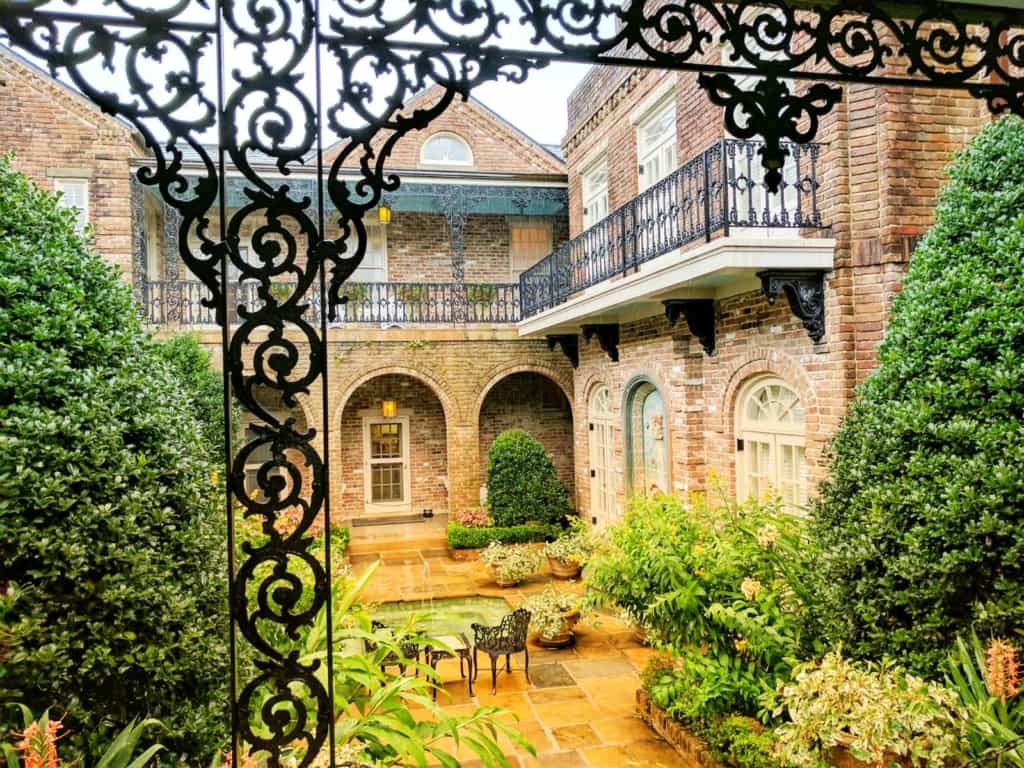 Quirky adventures? In spades. Let’s say you can head to nearby Dauphin Island before renting some jet skis to push 50 mph, as I did in the open waters, or drive your own catboat (compact power catamaran) through the around canals and scenery of Orange Beach and the surrounding Gulf Shores.

A 3-hour sailing voyage from Dauphin Island past oil rigs in the middle of the ocean is another way to experience the waters. Watch for whales, dolphins, and bring plenty of drinks to imbibe as the captain and his right hand man pull in their catch of bizarre sea creatures to show off before setting them free again in the warm gulf shore waters.

Eating out? One beer connoisseur recently trekked all the way to Mobile in search of craft brew only to find three new craft breweries not yet open. So if you can’t get by for a few days without your beloved kale and hops, this might not be the place for you.

A flight of hoppy numbers from Fairhope Brewing Company – Lower Alabama’s first craft brewery. These guys brew some spot on beers, but if I had to pick a favorite… The HB-176 Double IPA aged in Chardonnay barrels. A perfect blend of oak, wine, and hops.

One great option is to watch the barges pass by while you indulge in the fried fish and oysters at LuLu’s Gulf Shores, a Jimmy Buffett Margaritaville spinoff run by his sister Lucy Buffett. As Lucy explains on the Lucy B Goode website she wanted Lulu’s to be a tribute to my parents and how they raised us. It’s my love letter to the Gulf Coast!” It’s just as tacky as her brother’s establishment but lends a certain Southern vibe I can appreciate every once in a while. The previously mentioned beer connoisseur did finally find a local brew, Lucy Buffett’s own Crazy Sista Honey Ale, brewed at Back Forty Beer Co in Gadsen, AL. 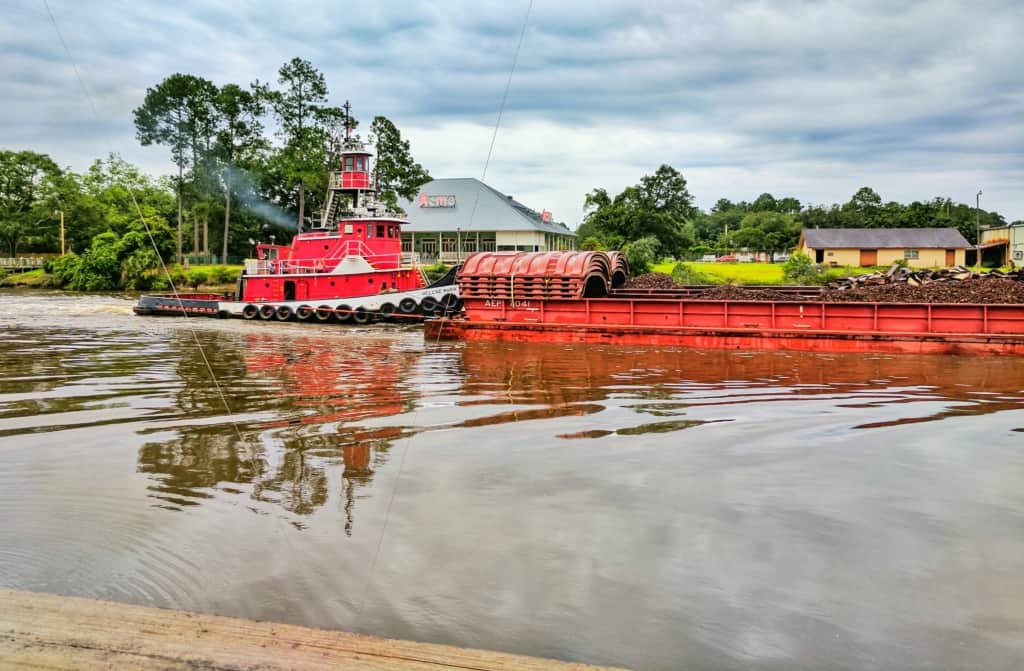 The real eccentric find, however, is The Gulf restaurant at Orange Beach. The Gulf is made up of shipping containers on the beach in a beautiful semi-tropical setting where you can spend all day and night eating and drinking quality seafood, fresh shucked oysters, and poke. 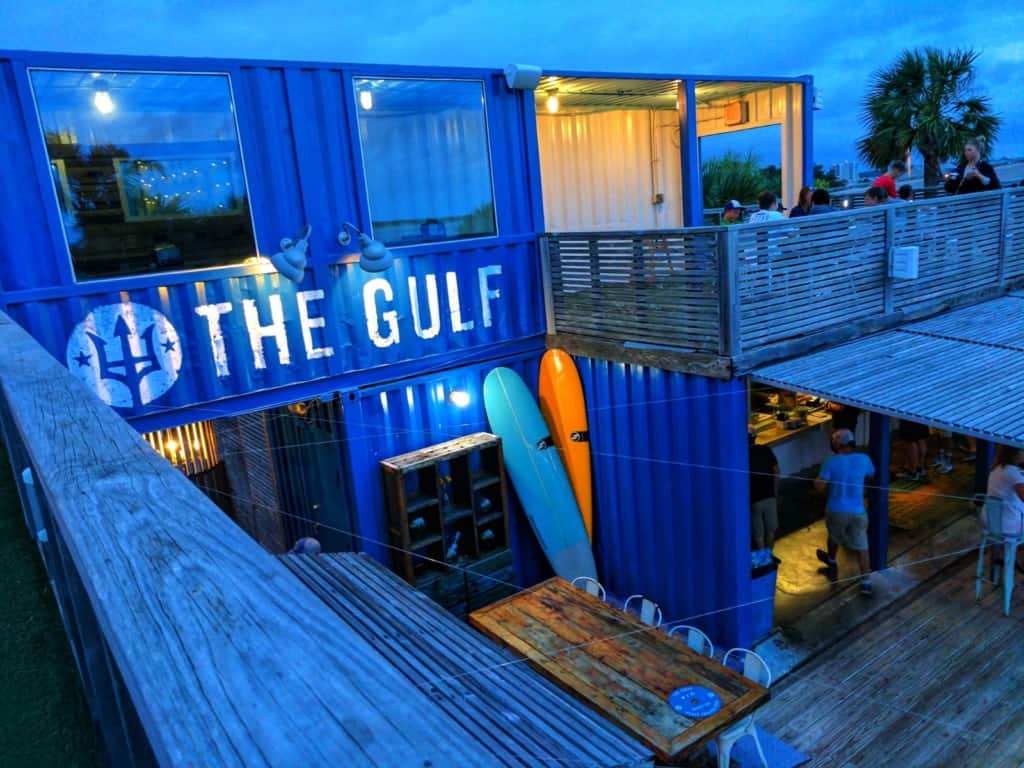 The view, overlooking the beach with palm tree cover, is outstanding, and the cocktails are far less pricey, yet just as inventive, as those served at a New York City rooftop bar. It’s a fine place and marked the highlight of my short trip through Alabama.

A night out on Dauphin Street

What about the nightlife? At least in downtown Mobile, I’ll tell you it’s nothing to brag about save for the annual Mardi Gras celebration. Mobile is the birthplace of Mardi Gras after all. 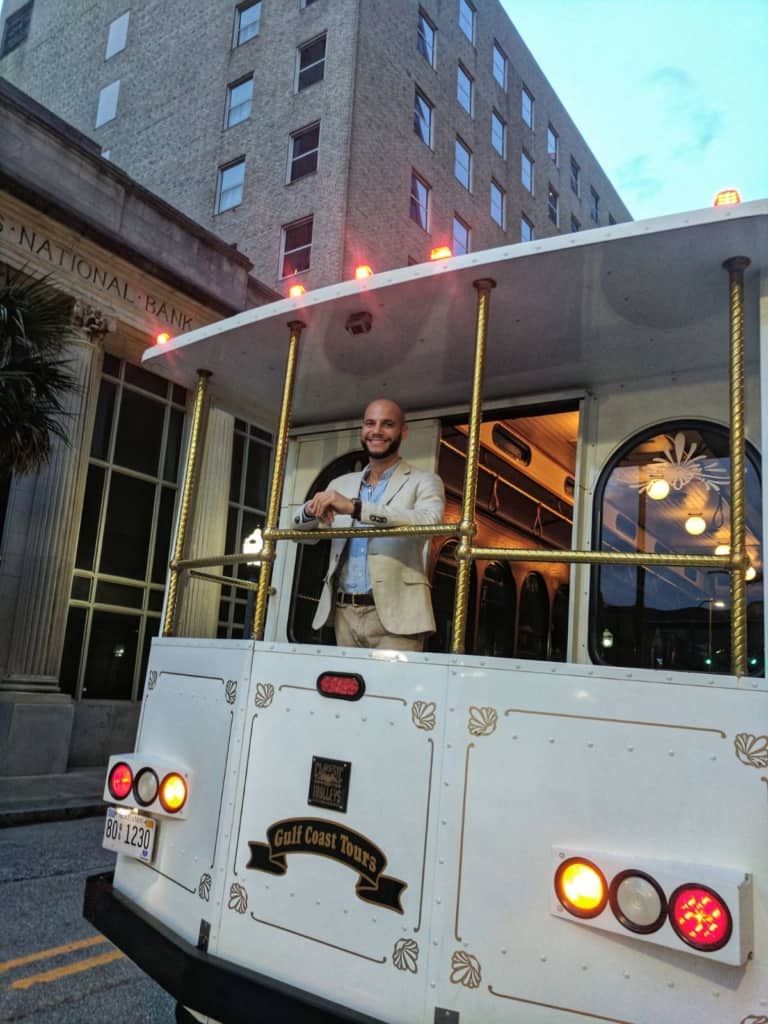 The main drag of nightlife on Dauphin Street is small, but the drinks are cheap and top quality in certain places like the Alchemy Tavern, home of the confederate flag. Overall, Mobile’s nightlife has more of a small town feel in comparison to Birmingham’s booming party scene. Case in point: While I was out with a few friends and an “Instagram celebrity,” a fan stopped her immediately and wanted to take a photo. It was sweet and kind of makes me wonder if an Aspiring Gentleman should try the fame game too?

Is Alabama the real deal?

Ultimately, this is part of the draw. Though the state is not a world-class destination that will leave you bragging to your envious friends, Alabama is a special place to visit.

No, the gulf shore beaches cannot compare to the relatively close tropical Florida coastline. The city of Mobile really is no match in comparison to more popular southern cities like Savannah, Charleston, and New Orleans. Iconic Alabama cuisine, while solid and satisfying, is nothing groundbreaking.

Fried green tomatoes alongside fried catfish are one common food combo. And, according to my eye test, many tourists visiting Alabama come from Alabama itself or from neighboring states. International visitors are a rarity and the Mobile Regional Airport with its one security checkpoint has a total of only five airline routes to Atlanta, Houston, Charlotte, Chicago, and Dallas.

Just caught @MayorStimpson before heading through security at @MobileRegional for his flight to make the Paris Air Show! pic.twitter.com/fElGjlMmvq

But that is no drawback. In fact, that is one of the main reasons that visiting the state is such a pleasure.

Recently, I was talking with some well-off guests at a wedding in downtown Chicago. Many asked where they should travel next since to them I am someone known for travel. They were stunned when I suggested Alabama instead of far-flung countries in Asia, Africa, and Latin America.

As I told these well-traveled finance professionals, real estate developers, and plastic surgeons, the time to visit is now before it’s too late. It won’t be long before Mobile and Birmingham become tourist havens and trendy Southern cities in the mold of Charleston and Savannah, where the likes of influential celebrities Bill Murray and Ben Affleck own homes. As for myself, I enjoyed my stay at the Admiral Mobile boutique hotel located in downtown Mobile.

Not just because the lobby resembled what I imagine Ben Affleck’s living room might look like, but the three hives of 150,000 bees atop a third floor terrace provided a sweet punch in their signature cocktails. 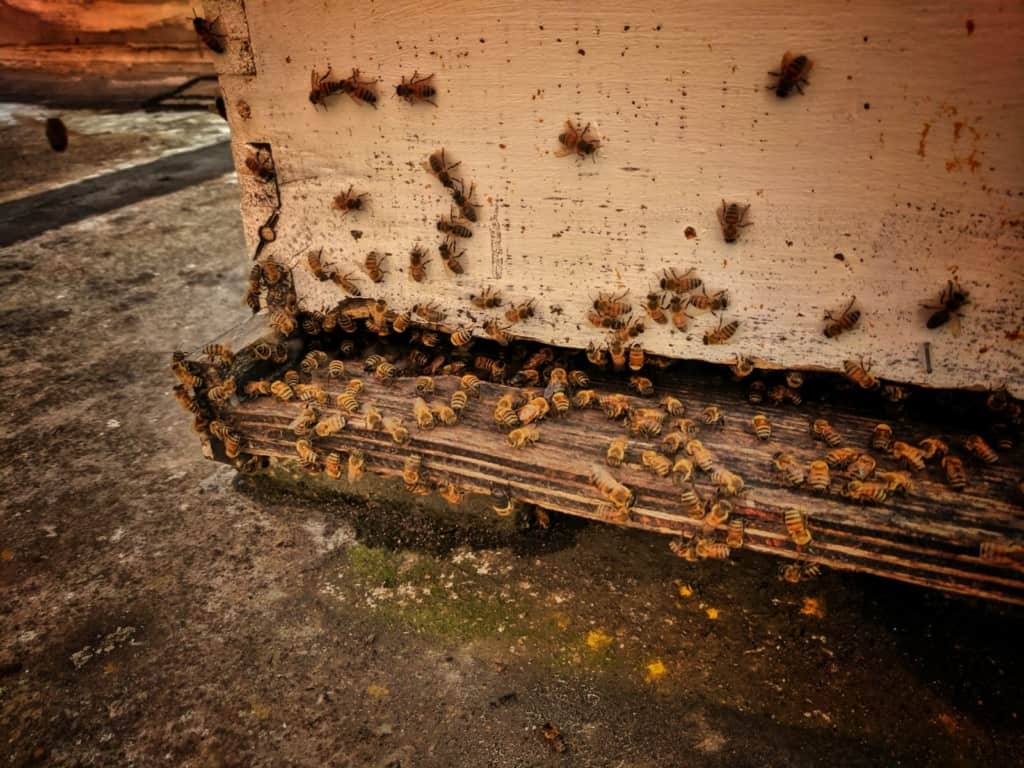 Natural wonders, exciting cities, and culinary delicacies are not words I would use to describe Alabama. It really does feel like one of the few places left in the United States that has not become a victim of globalization. In Alabama, the culture is unique and the people are real — and that is the reason to visit.

How To Prepare for Your First Yacht Charter in Croatia