The beginnings of living with your girlfriend is a turbulent time, you have to get used to each other’s habits, and she has to get used to the one big thing about you that she has no time for, and really would be grateful if she could go another day without seeing it ever again, I’m talking about sport! And especially things that you used to have lots, like game night! It’s a big thing, isn’t it? You have the guys around, and you have a few drinks, and everyone is feeling good, except for that one special person… She feels relegated to the spare room, and if your friend accidentally spills something it’s game over, man! It has always been the big divide between you two, and to be fair, for every heterosexual couple since time began! Many women just don’t get sports, but do we really want them to? It’s our thing, but on the other hand, it might be nice to help them to understand if they sat down to watch a game or if we explained the intricacies of the offside rule, but I guess for so many of us it feels like it’s our domain. Where does the compromise lie when it comes to sports in a couple’s home?

Let’s look at the facts, when it comes to the amount of sports you watch, how many hours does it actually equal over the course of a week? Are you a casual watcher that gets more into the big games, or are you an avid fan and will watch the pre-game coverage and scour the forums later for more information? If you’re in the latter camp, the chances are that you will likely clock up more than 10 to 15 hours a week, and when you take into account you probably work Monday to Friday, which accounts for 40 hours and if you add sleep on top of that, you won’t have much time to spend with your partner! No wonder she feels like she’s being shunned a lot of the time! Far be it for me to tell you to keep your sports and your love life separate, this may be an opportunity to actually try and get her involved in the action. The cliché is that she won’t get any of it, or she’ll spend more time focused on the pointless parts of the game, but on the other hand, you are spending time together, which will give you a lot of brownie points! How can you do this? Well, it’s quite simple. A lot of people don’t get the beauty of a game unless you see it in the flesh, to get the atmosphere, and to really experience it in 3-D! This could be the turning point. Have a browse around Alliancetickets.com for the next big game to take her to, and start to prep her on the background of the game. The other thing that makes a game completely incomprehensible to most people is the lack of context, otherwise, it’s just watching a bunch of people throw a ball, tap a ball, club a ball, or do something with a ball! The highbrow comparison would be to read Romeo & Juliet before you go to the theater, or listen to the Foo Fighters back catalog before going to the gig just so you can get an appreciation of the environment you’re going into! If you’ve started on this road, the transition to watching it in the family home will be an easier one! 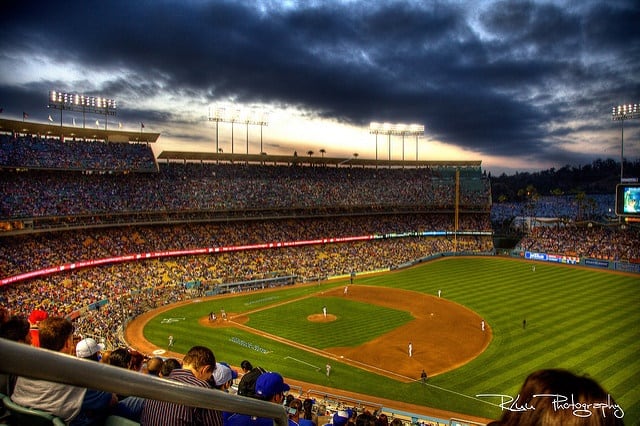 The other thing to bear in mind is that maybe the sports you watch aren’t her types of sport? You might have to spend a bit less time watching women’s volleyball because she might find it a bit offensive, you ogling over ladies with limited kit! This is a benefit of being a sports fiend; although you may spend every waking hour watching sport, you can find the right one for you both to bond over, just make sure it doesn’t involve scantily-clad women! The issue of compromise in the household is one that will be debated for many years to come, and it is one that will demand extra attention if you expect a bit more sport in the household down the line. What can you do to get this extra bit of sport time without resorting to groveling? The best thing to do is to put in the hours! It’s that simple! For every bit of game time you want, you cook the meals, do the dishes, and watch her TV shows. There’s no mathematical equation, but by my reckoning, for every 2 hours of sport you want to watch, you will need to put in about 8 to 10 hours doing things for her. And while it sounds like a lot, you need to remember that she’s putting up a lot by living with you, so the least you can do is make it a bit more bearable for her when you do something that you want to do.

The last resort is to agree to disagree, and while you may not want to watch the big game on a small screen, you will have to confine yourself to the bedroom, especially if it is going to be a regular thing. You need to remember that you will be outnumbered, even when it is just you two! It is a small price to pay to go into another room to watch the game, but this will be to the detriment of your relationship. As a result, you will need to be a bit more forthcoming in your want to do the dishes and to make the meals. Don’t know how to cook? It’s time you learned! My advice is to get started with some easy, three-ingredient meals that you can make in the oven and then warm up to the piece de resistance! Compromise is hard to agree with, but in the name of not having your beloved sports taken away from you, you’d better start learning!