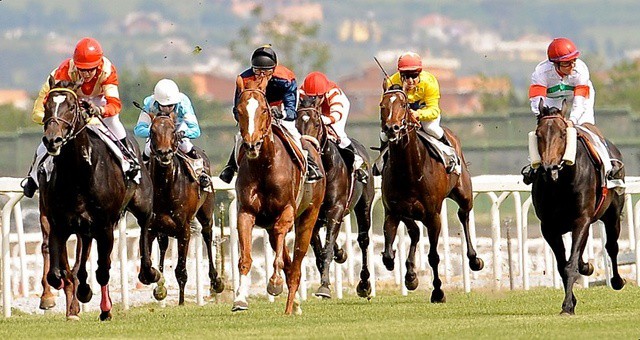 You have more chance of dying when horse racing than you do playing rugby, cycling, skiing or even dying.  In fact, riding a horse is nearly three times more likely to kill you than a gunshot!

With Cheltenham 2016 starting on Tuesday 15 March, Paddy Power have published the following infographic to show that jockeys are indeed the toughest sportsmen in the world:

Perhaps you’ll have second thoughts over your or you’re children’s careers.  Football, rugby or even skiing seem a lot safer than becoming a jockey.

Footballers may suffer from calf and thigh injuries from time-to-time and tennis players get the occasional tennis elbow, but 40% of all injuries sustained by falling off a race horse are serious.  The majority of these are broken limbs, neck or back.