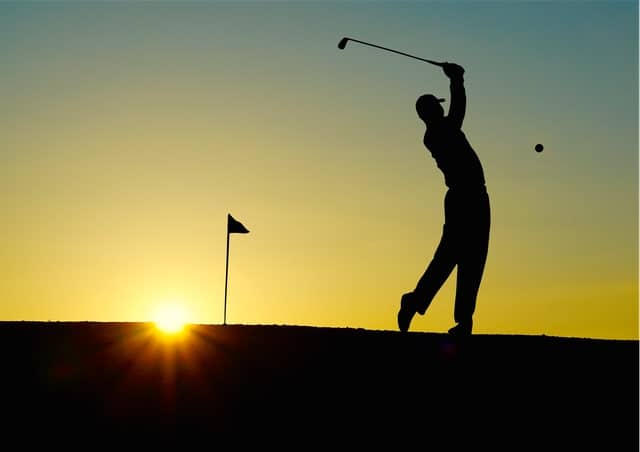 Golf is perhaps one of the most gentlemanly sports around. Originating in China and going on to develop into the 18-hole game we know today in 15th century Scotland, golf is a game rooted in history. Although it might seem surprising today, the sport was once subject to controversy. The game was banned by Parliament in 1457 for distracting soldiers from their military training. Why fight when you can play golf, after all?

Whether you’re planning on learning to play like a pro or you’re just interested in becoming more knowledgeable about the sport, below we’ve compiled a fact-filled guide with everything you need to know about the game.

Once you start watching golf, you’ll find yourself getting interested in all of the biggest events. The four most prestigious annual championships are often referred to as ‘the majors’ and occur in the following order every year:

This tournament is held at the Augusta National Golf Club during the first week of April.

The location of this championship varies from year to year, but it is always held in the United States in mid-June.

Held at a variety of courses across the United Kingdom in mid-July, this tournament is also known as the ‘British Open’.

The PGA takes place in the eastern part of the US in mid-August.

It’s not all about the major championships, and there are many other popular tournaments that have gained a substantial following worldwide. Here are just some of them:

Held every two years at the end of September between the United States and Europe, the Ryder Cup is the most prestigious team golf tournament in the world.

Another popular tournament, The Barclays tends to be held in golf courses around New York in mid-June.

The Travelers takes place every year at the TPC River Highlands course in late June.

With all of the different names for points in golf, it can all seem a bit overwhelming when you’re first watching or playing the game.

Below, we’ve detailed what all of those words you’ve heard on the green actually mean:

Ace: a hole in one

Birdie: one stroke under par

Par: the number of strokes it should take to hit the ball from the tee to the hole.

Bogey: one stroke above par

People might initially find the wide range of golf terms confusing, but once you start to watch or play the game, you’ll find that they become more familiar and that you’ll pick them up in no time.

Here are the definitions for some of the most important terms you’ll need to know:

Fairway: the part of the course leading to the green.
The green: the soft ground which surrounds the hole.
Golf tee: the peg (often wooden) that you place your golf ball on at the start of the hole.
The rough: the area which sits on either side of the fairway which is often filled with long grass and trees.
Bunker: a ditch filled with sand which is usually surrounding the green.
Hazard: Anything that obstructs the hole, this could be ponds, bunkers, trees etc.
Stroke: the swing you use when you intend on hitting the ball. Each stroke forms your score and don’t forget – a miss still counts as a stroke.

A lot of people have argued that golf actually stands for ‘gentleman only, ladies forbidden’, but this is only an urban myth. Golf actually used to mean ‘club’ which means when people say they are going to the ‘golf club’, they are actually saying ‘club club’. Language is a funny thing, isn’t it?

Spectator etiquette
If you plan on going to watch a game, here are a few faux pas to avoid:

• Don’t show up late.
• Stay quiet during the player’s backswing
• Dress smart, not casual
• When following a player, stay at least 25 yards behind and stay clear of greens, tee boxes and fairways

Betting On The Right Game

If you’re going to take a punt on Golf, make sure you do some thorough research on player performance, course trends and perhaps consider joining a golf betting tipster to maximise your potential winnings while giving yourself more time to enjoy being a spectator.