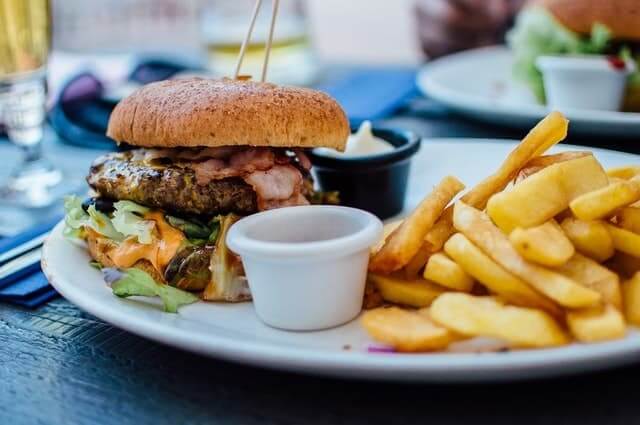 Not many Westerners are familiar with Egyptian cuisine. Unlike French or Asian dishes, Egyptian food has not crossed many borders. If you’re visiting the country for the first time you may be wondering about what you’ll eat. You will be happy to know that Egyptian cuisine is in some ways similar to other eastern Mediterranean diets. You’ll find a range of simple yet flavorful meals. While there are some dishes containing meat, you’ll notice there is heavy use of local legumes, vegetables and fruits. Meat has traditionally been too expensive for the average person.

Here are some foods you’ll find yourself falling in love with.

Ta’meya is a common fried dish made of crushed fava beans. You may know it as falafel. One website describes it as the poor people’s burger but don’t let the price fool you. It is tasty and filling. This is a breakfast food and locals know it will provide them with energy to get them through the day.

Another breakfast option is ful mudamas or simply ful. Fava beans are cooked with salt, pepper and other flavorful spices and served with bread. This is a readily available street food.

Passport and Plates recommends koshary or koushari, a dish made from commonly found ingredients. It includes rice, macaroni, and lentils along with chickpeas, onion, and a tomato, garlic and vinegar sauce. “Koshary is now a cultural phenomenon, with entire shops dedicated entirely to serving this delicious yet inexpensive meal,” the website says. The writers note that many shops throughout Cairo now serve it. If you’re staying at the JW Marriott Hotel Cairo or nearby, be sure to pop out and sample this dish which would make a filling lunch. If all these vegetable and legume dishes have you longing for meat, how about kabab and kofta? Kabab refers to seasoned beef cooked in chunks on a skewer over coals while kofta can be either spicy minced beef or lamb rolled on skewer. The latter is also cooked on coals. Kabab and kofta  can be served alongside rice or bread.

You may also want to try mulukhiya. A green leafy vegetable also known as tossa jute is diced and cooked with garlic and meat or fish. It is served alongside rice or bread. Depending on where you are in Egypt, the meat protein will be different. You can expect beef, chicken or even rabbit in some spots but if you’re near the coast, fish or shrimp may be preferred.

Those with a sweet tooth won’t be disappointed. Umm Ali is a popular sweet pastry. It is made from bread, milk and cream and sometimes contains nuts, coconut and raisins.  It is served hot and is a staple at wedding feasts. But don’t worry, you can also get it at many dessert shops in Alexandria.

Baklava is also popular. It is made from layers of phyllo or filo pastry which is a thin unleavened dough along with chopped nuts and syrup or honey. It is crunchy and often served in small portions.

Don’t leave without trying rice pudding. This is a simple mixture of rice, milk and sugar. Nuts are sometimes included along with a pinch of cinnamon. These days, some Egyptians eat it with ice cream.

No matter what time of day you’re looking for a meal, you’ll find a classic Egyptian meal that’s sure to satisfy you. Many dishes are simple and inexpensive to purchase so feel free to sample a few!