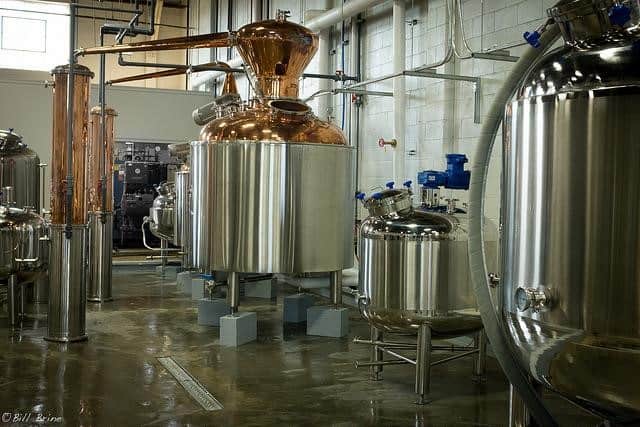 To have a vice is part of being a Gentleman.  We all have them and that is absolutely ok.  Our vices tend to be a little more indulgent than others.  Perhaps gambling is one of the ways we unwind, we do this through poker.  Smoking is another, although most traditional gents wouldn’t be seen with a tailormade cigarette, instead they can be found enjoying a beautiful cuban cigar in an exclusive shop such as Sautter and store it in a DIY Cigar humidor at home. If cubans are not available, french cigars are the next best thing.  A vice that appears to be shared by the masses though is drinking.  We all love a quiet drink from time to time, however for the modern gent this is a love affair, not a night on the town.

Over the last decade there has been a growing trend in bespoke Gin, especially in London as there are now so many cool little bars which serve their own craft Gin.  You only need to head into Mayfair or Covent Garden to discover just how popular a pastime this is.

In fact, Gin has become so popular that the price of Juniper Berries is now at an all time high. There was a 90% increase in the price of the deliciously flavoured berry and disgruntled chefs everywhere are pinning the blame on our love affair with Gin.

Vodka is another drink which has hit the mainstream, especially since the discovery you can make it from potatoes at home. One of the popular British craft vodkas is William Chase, who created the vodka as a bi-product from the potatoes he used to create Tyrell’s Crisps.  Chase now produce both vodka and Gin, they also do sons rather tasty Bellini popcorn. 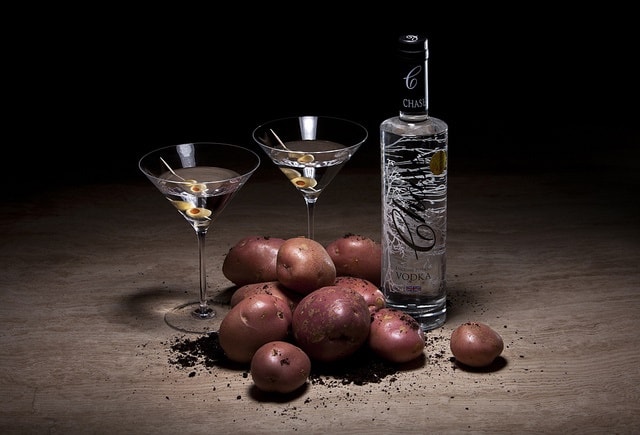 One vodka brand ideal for cocktails and to encourage your lady to drink is Van Gogh Cool Peach Vodka from Holland. It is ideal to mix a minty peach martini complements of Jonathan Pogash, The Cocktail Guru.

Add ingredients to a mixing glass with ice and shake very well.  Strain into a chilled cocktail glass and garnish a sprig of mint.

Many homes have seen their own alcoholic produce, such as sloe gin or elderflower vodka, increase over the years and it is a really fun thing to do, especially over the Christmas season.  However, if you’re not into creating something from scratch Japanese gin is one special liquor making it’s mark around the world as dekantā has introduced five Japanese gins from $79.99 – $199.99. The gin comes infused with Japanese botanicals, such as cherry blossom, yuzu fruit and green tea clearly representative of Japan. Take a look at Nikka Coffey Gin  by Asahi Breweries and Suntory ROKU Gin which comes in a hexagonal bottle featuring engravings of the six Japanese botanicals.

In America it is illegal to make spirits at home, so you find plenty of chaps heading off to the hills to create hidden moonshine distilleries. There’s mega bucks waiting for them too and, sadly, a high risk, both from the police and from various bits blowing up or catching fire. It’s certainly not for the faint hearted.

In the U.K, it’s a different story. We are allowed to make our own spirits providing we don’t sell them. So that means we can have a glorious copper pot moonshine distillery in our own back garden.  It won’t take long to source the best moonshine still for beginner distillers.  There are plenty out there as the trend is taking off.

So, imagine this, you head out to the bottom of the garden, away from all the noise of your family, and nurture your still whilst enjoying a cigar.  Beware though, this could be the ruin of all gentlemen! Moonshine is a pretty potent beast! So take heed not to enjoy too much, too often.  Else you may end up known as the Hillbilly Gent.