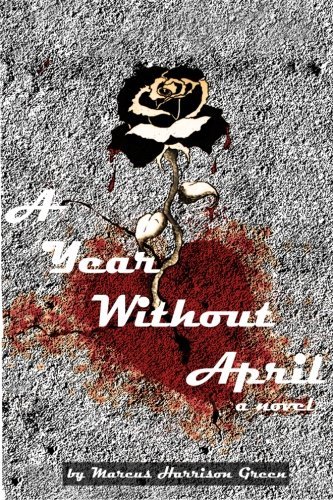 Our very own Marcus Green, who has graced this site with his words on style covering fall style, socks, shoes, ties, and much, much more, has completed his first novel entitled “A Year Without April.”  We caught up with him about his thoughts on writing the book.

The Aspiring Gentleman: With so many vivid and elucidating details throughout your writing, I can’t help but ask: How much of the book is autobiographical?

Marcus Green: As my grandfather would say, revealing that would take would squeeze the juice out of the whole thing, lol. I will say that although the book is presented as a novel, to quote Hemingway, I certainly went for an “emotional authenticity” in constructing it, if not necessarily a genuine memoir. It definitely contains scraps from elements of my own experiences along with the experiences of the many people who I interviewed for inspiration for the book, every one of whom had also gone through their own zany and morose circumstances that mirror the books subject matter, which is really something anyone can identify with

TAG:  Was that your objective in writing the book — to identify with the male circumstance?

MG: I would say that I had a two-fold objective. One was, as you stated, to relate the male perspective of heartbreak, especially in our culture were it is unfortunately taboo for a man to admit to being damaged or devastated from the effects of an unsatisfactory conclusion to a relationship he never imagined ending. It is as if a male admitting that he was a flesh and blood human being could somehow be categorized as “effeminate” or anemic. I viewed the book as an opportunity to challenge some of that conventional thinking along with giving voice to the plight of the average Joe, who goes through a terrible heartbreak. The majority of whom, unlike let’s say the protagonist in a book such as Eat, Pray, Love for example, don’t have the luxury of traveling to exotic lands to find themselves. Instead they find themselves at bars with liberal amounts of whiskey, crying on a friend’s shoulder for the umpteenth time, and having to wake up the next morning as they strain to function at work regardless of how they’re feeling.

TAG: How would you say the average Joe of today differs from that of our fathers’ and grandfathers’ generation?

MG: Well those generations definitely dressed better than our current one as anybody who has ever read one of my columns knows, lol. I think that the main contrast, at least as it relates to the book, is that those past generations were expected to be much more constraine in the expression of their emotions. I remember having a discussion with my father once, and he told me that he could count on one hand how many times his father had said the words, “I love you,” to him throughout his life. I think the average male today is a bit more open to allowing himself to express a fuller range of emotions than his counterparts in previous eras.
TAG: So, then, what would you say to men who associate gender roles with the level of one’s emotional control?

MG: I would say that I think it’s time to step into the 21st Century and rethink the conventional functions of the attachment between a man’s head and his heart.

TAG: When does “A Year Without April” come out, and where can people find it?

MG:It will be out november 19th and will be available at their local bookstore, if they still have one, and on Amazon.