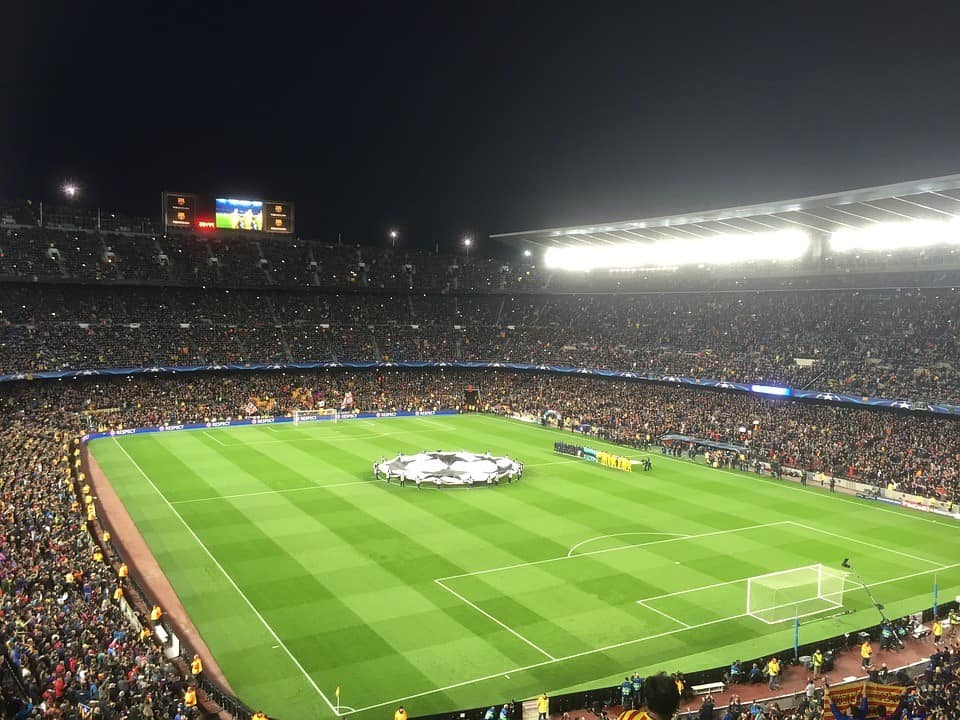 5 English sides have never qualified for the Champions League last 16 before in the same tournament, so it’s very much shaping up to be an exciting final few months in the biggest football competition in the world. 16 teams will now do battle over the next few months over a couple of legs, but who’s likely to come out on top in a competition that’s guaranteed to chuck up a few surprises?

Of course, Paris St Germain would have to be top of the pile given their spending antics in the summer. They’ve probably got one of the best strike forces in world football in Neymar, Cavani, and Mbappe, so walking away without the Champions League trophy at the end of the season would be a disappointment. PSG also have some revenge to seek when they went out to Barcelona last season in bad fashion – so it’s a competition that’s theirs to lose.

Maybe not too surprising, but as of now, City is a close favorite to go on and win the Champions League for the first time in their history. With Aguero, Jesus, Sterling, and co all firing on all cylinders, it’s very hard to see how anyone can topple the Manchester blues. They’re already running away with the English Premier League in the first half of the season, and they haven’t done too badly in the group stages against some dark horses. The only thing that could be the downfall of City is that they don’t have the experience of winning the competition before, but Pep Guardiola does, and that’s all they need to go forward.

The Spanish giants have won the Champions League on 12 previous occasions, so it’s no surprise at all to see them as one of the firm favorites. Real Madrid isn’t doing too great in La Liga at the moment, as something in Zinedine Zidane’s squad isn’t clicking right. However, the Champions League is completely different from domestic competitions, so it wouldn’t be strange if Madrid were to add this competition to their trophy cabinet for the 13th time.

While Barcelona isn’t the same team as they were when Pep Guardiola was king of the dugout, they do still have world-class ability, and you can never count them out of anything. With the likes of Messi on your roster, you have every chance of winning the Champions League regardless of the form you turn up in. The fact is, all the other teams in the competition fear Barcelona and Lionel Messi, and that’s sometimes all Barcelona need to walk away with the spoils. We’ve already seen from last year how Barcelona are no pushovers when they came back from losing 4-0 on aggregate to win 6-5 against PSG.

As usual, the German giants are already brushing teams aside in the Bundesliga and find themselves in the top spot, so they’ll be confident of doing the same come to the knockout stages of the Champions League. While the likes of Manchester City, Real Madrid and Barcelona have a bit more firepower, Bayern Munich has never backed down from a challenge and things aren’t likely to change anytime soon. They might not be the upcoming favorites of the competition, but they’re certainly worth keeping tabs on thanks to the quality they possess.

If you had to compare Manchester United to Barcelona or Real Madrid, you’d probably have to say they wouldn’t have a leg to stand on. However, they’re still having an excellent domestic campaign and seeing as their defense looks pretty solid and they can score goals, they could well be the team to keep a close eye on. Manchester United have won competitions before from beating teams in scrappy affairs, but that’s sometimes the way they do business.

There are many big games between now and May 2018 when the final will be played, and there will almost certainly be some twists and turns along the way. While the above sides have the best chances of winning the Champions League, you still can’t count out teams like Basel, Roma, Porto and co, as they’ve got to the last 16 in good fashion and for good reason.