Home Advice What Could Possibly Be Manlier Than Heating Your Home With A Real...
Facebook
Twitter
Email 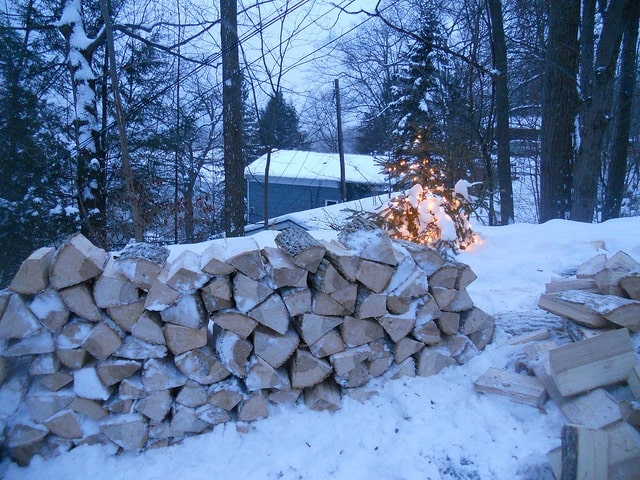 Winter is most definitely here, and that means that unless you like to be able to see your own breath inside the house, you are going to want to create a warm, cozy ambiance indoors. There are of course many ways to do this, from the ever so trendy modern option of underfloor heating, which is for wimps, to conventional radiators and pellet burning stoves, which are also for wimps. If you want your home to have that rugged, manly look, then there is no finer choice than a roaring log fire.

Burning wood on an open fire creates the sense that you’ve been out there with an axe, probably with your shirt off despite the prevailing snow, splitting logs to keep the people you care about safe and warm, and everybody loves that lumberjack vibe. Of course, you may have just ordered the wood and had it delivered by your local firewood CT supplier, but that somehow doesn’t matter.

Bringing in the firewood, choosing the logs that look like they’re going to burn best (in your expert opinion), and generally seeming like you know your way around such rugged things as logs and axes is enough to create that outdoorsy, manly feel.

Tending to the Fire

An open fire is basically the winter equivalent of the barbecue in summer. If you are going for a sense of manly competence, you want to be poking away at it as much as possible. This is called stoking the fire, apparently, however its resemblance to the untrained eye of simply jabbing away at logs and things with a metal rod is uncanny. As with the barbecue, if any hot embers get on you, they don’t hurt if you are a real man.

The Fire is Only Safe for You

Nobody else should go anywhere near the fire, because it is dangerous. Much like the barbecue, the open fire is extremely hazardous to anyone who doesn’t have your level of man-skills. This means you need to make sure it is well guarded from children and pets, which can be achieved with a simple fire guard, as well as constant supervision. Women in general can cope with looking after the fire, but since they don’t appreciate how fun it is it is best to do it yourself and make out it is out of consideration. Doing the fire counts as a chore, too.

Use It to Cook and Heat Stuff

Another great thing about the open fire is you can use it to warm stuff up, or cook it. It is vastly more messy and time consuming than using the microwave or the stove in the kitchen, but it is also far more manly and fun. Nobody ever wrote a song about chestnuts roasting in a fan-assisted oven with halogen hobs, either, so it is 100% more cozy.

The open fire is definitely a must have piece of manliness for your home during the winter months, so use yours as much as you can, until summer comes around and you can get a fire pit or similar.