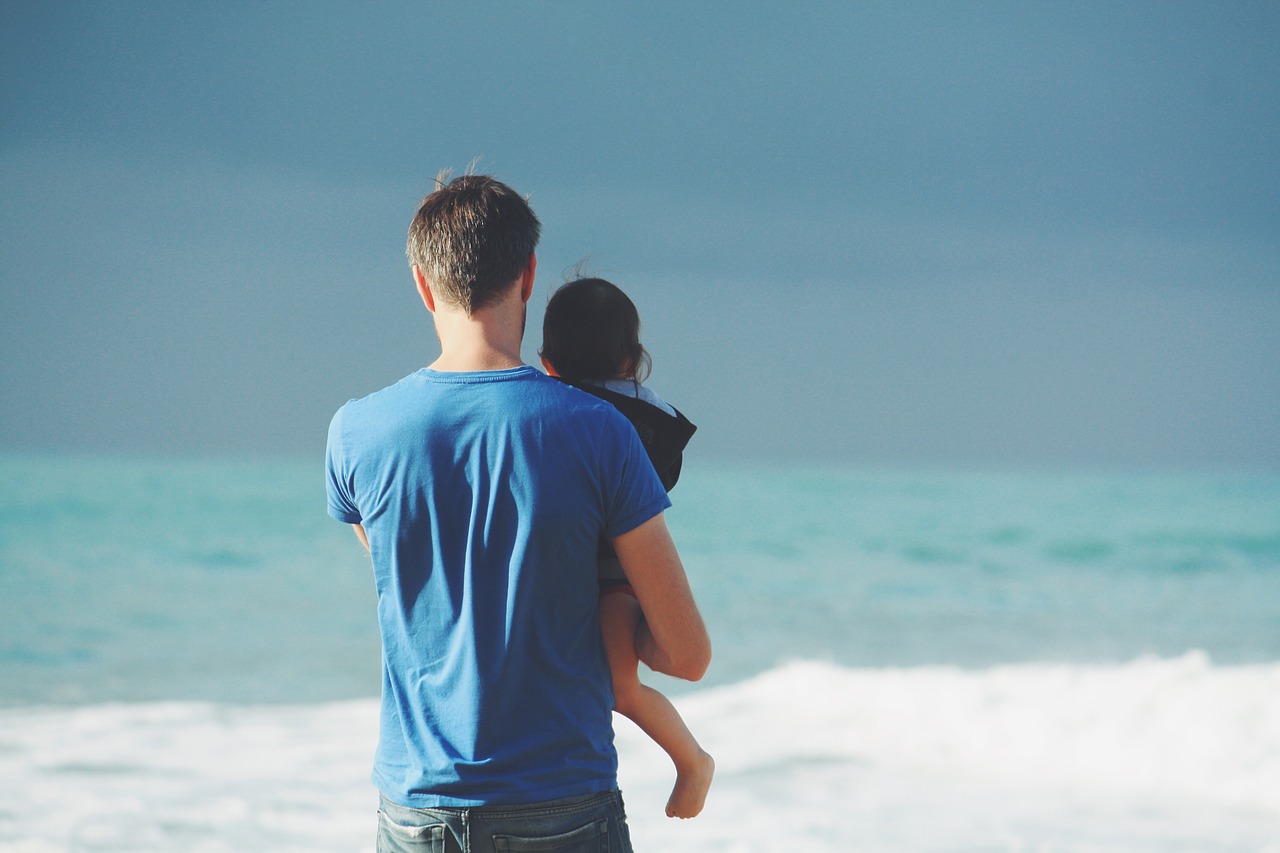 To the outside world I probably looked like a typical, carefree Aussie bloke who loved drinking beer and surfing. But all the while I was growing up my mum was in an abusive relationship with my dad. That was my first look at relationship.

Later, my mum got a new husband and I got to see a different kind of abuse. Although it wasn’t as violent, there was verbal abuse — and monetary abuse. There were so many fights and arguments over money that I began to hate money. By the time I was 18, relationship didn’t interest me much.

Except that for most of my life I had felt like a round peg in a square hole. I was always looking at how I could fit into this reality and having a relationship seemed like a good way of fitting in.

Like most people, I learned about life from my parents. So what did I do when I decided to be in relationship? I chose a woman who was a lot like my father, very abusive. Somewhere in my world I decided that if I could figure out the abuse, then I could change it. It wasn’t cognitive or something I thought through.

How was that relationship? Awful!

One of the things people do in a relationship or marriage is they tough it out. We are often told, ‘You have got to stick it out. It is hard work; you have to work through things.’

No, you don’t. If your relationship is not working, don’t do it!

Although I know this now, back then I didn’t know I had another choice. Even when this girl was not very nice to me, I decided to stay with her for 10 years. People usually have an agenda for getting into relationships and my agenda was that if I could love my girlfriend enough she would finally stop acting so crazy and love me back. I was not very bright. But hey, I got my beautiful son, Nash, out of it. 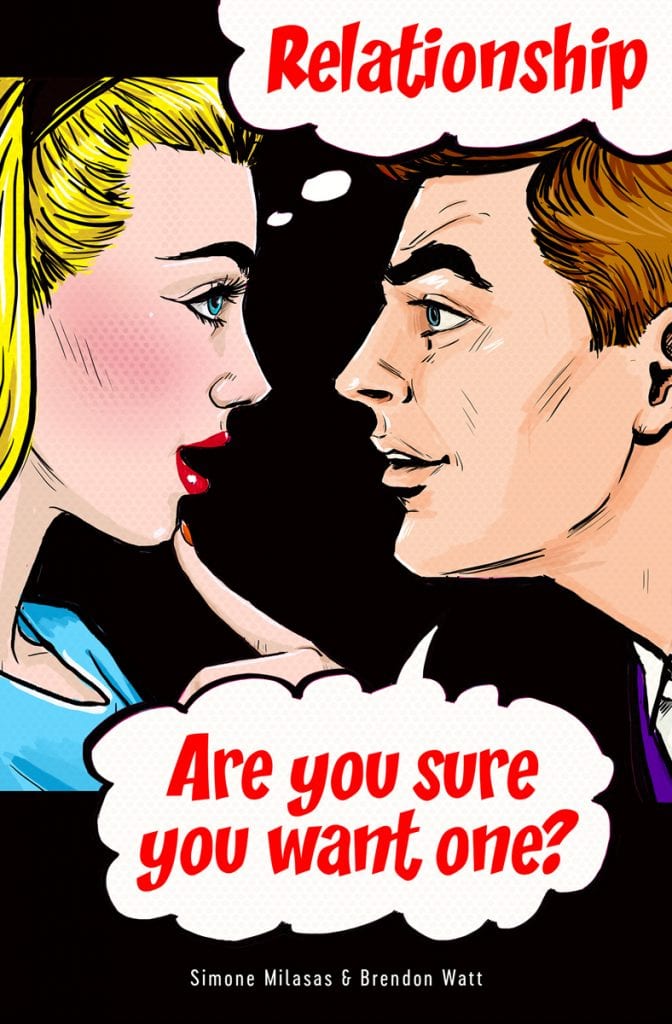 The day I found out that Nash’s mum was pregnant I remember thinking, ‘This is fitting in. I have a girlfriend who I fight with all the time and don’t get along with and now I am going to have a child.’

My bizarre logic was that by Nash coming into the world she would see that I loved her and our relationship would start working. At the time I didn’t realise what a huge unkindness it was to expect that my baby son would be the saviour of my life. Is it ever your child’s job to make you happy?

As things turned out, when Nash was four years old I left his mother. For 10 years our relationship had been on and off. Every time we had a fight, I left her. Back then I wasn’t willing to live on my own or see the value in me. Instead, I looked to other people for validation. So I kept going back to my girlfriend. She saw me as someone she could control and apparently back then I liked to be controlled.

One day I finally realised this on-off relationship had to end. When I left my girlfriend that final time, I knew that I would not be going back.

So at 30, I found myself living in my mother’s house and sharing a bedroom with my four-year-old son. I was so miserable at one point I thought, ‘How can I not live through this shit anymore?’

Then one day I saw an advertisement in the paper. It was a little pink advertisement that said, ‘All of life comes to me with ease, joy and glory.’ There was a girl’s name and her phone number. I knew I had to call her.

When I went and saw this girl, she talked to me about something called the Access Bars®. She explained that it was a gentle technique that involved lightly touching my head. At that point I didn’t care what she did, because I desperately needed help.

She got me to lay down on a massage table and ran my Bars. Afterwards, I went to my car but I didn’t start it straight away. I sat there smiling for about 10 minutes. It was the first time I had felt truly happy or had really smiled in years. That day my life started to change.

I learned the Access Bars myself and I started going to more Access Consciousness classes. If you have ever been to an Access class then you will have noticed that there are lots of women and very few men. Back then my point of view was, ‘If I got some more girls and more money then I will be happy!’

Anyone who knows me now, knows this is just not me. I knew a greater world was available. I just didn’t know how to ask for it; I didn’t know where to look for it. I didn’t know what to do to get there. All I could think about was making my life slightly better by having more money and more girls.

Fast forward eight years and I am a little different. I recognise that what I desire is to create a better world — and I desire to be true to me no matter what that looks like.

The truth was that I had spent my life sitting around and waiting for God to come and scoop me up. He never did. After going to several Access classes, one day I realised that I had the tools to turn my life around, and I actually had to use them. It was time to get cracking and make different choices. That was another turning point in my life. I did not even dream back then that one day I would be facilitating Access Choice of Possibilities classes around the world.

In 2010 I met Simone at an Access class in Sydney. From the time we met, I was amazed by the way she looked at me and treated me. She saw in me the person that I was still unwilling to see. Talking about me to other people, she would say things like, ‘Brendon is so brilliant. He is so great.’ I used to think: ‘who the hell is she looking at?’ I judged myself hideously all the time for not having a lot of money, for living in my mum’s house, for so many things that I had got wrong.

Simone was very different from any other woman I have met. For the first time in my life here was someone who did not want to control me. She is willing to let me do whatever I want to do. In the same way, I am willing to let her do whatever she wants to do, because I can see how great she is.

What we have is something different.

Simone and I have not said, ‘We are in love now so everything is good.’ That phrase: ‘we are in love’ is a conclusion. It is the pretence that you are going to be together forever. It is the assumption that the other person will never hurt you and you can always trust them. How often do you see that working?

This article is an adapted excerpt from Brendon Watt’s book, Relationship, Are You Sure Want One? 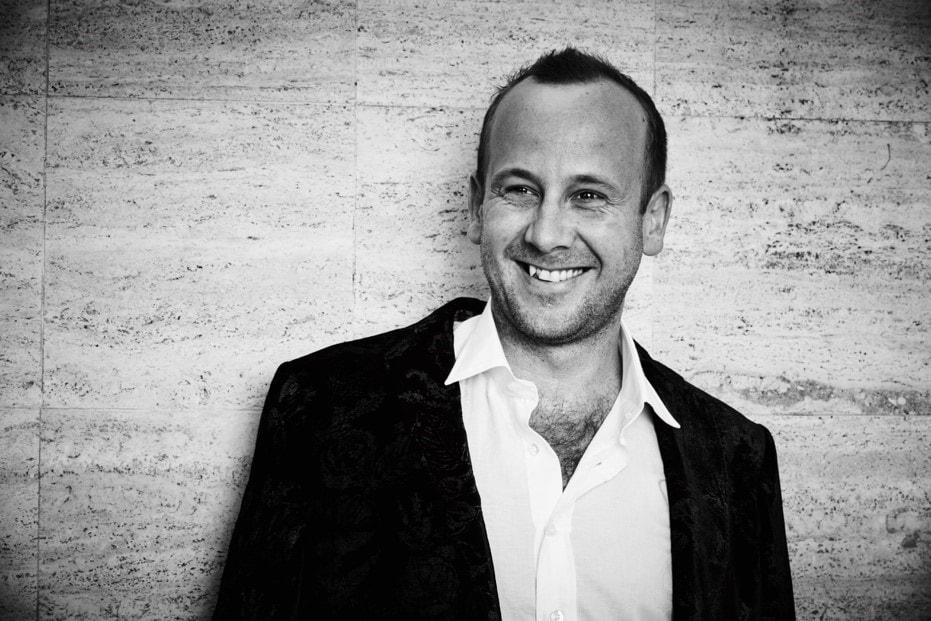 Brendon Watt is a successful CFO of Access Consciousness Australia, an International Speaker and facilitator of Conscious Parenting classes worldwide. Drawing upon his transformation from a struggling tradesman and single dad to a global speaker and CFO, Brendon facilitates classes and workshops all over the world, empowering others to know they are not wrong, that anything is possible and that they are only one choice away from change. Find more at www.brendonwatt.com. Follow Brendon.