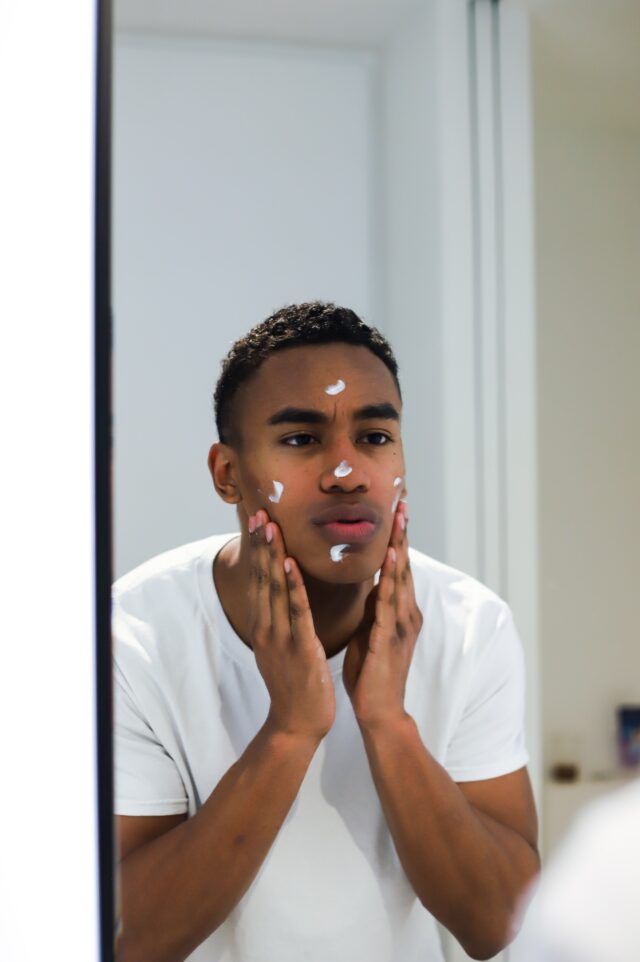 The fact that the men’s grooming and beauty market is estimated to be worth close to $70 billion annually is a clear indication that a growing number of males are perfectly comfortable with using makeup products that were once considered to be off-limits.

We live in enlightened times, and you are just as likely to find a man ordering oil blotting paper and other makeup products as a woman. The short answer to the question of whether it is okay for men to wear makeup is an unequivocal yes.

Here are some of the reasons behind the surge in men using makeup.

There is no reason why men should not feel free to use any makeup products they want to enhance or even correct their appearance.

It is a choice that shouldn’t and doesn’t call their masculinity into question. It is a decision that allows them to increase their self-assurance and become more confident about their appearance due to using makeup products.

Although a lot of marketing towards men’s beauty products does not emphasize the makeup element of what is being sold, and the word is hardly used in messages, it is clear that grooming now includes this aspect of self-improvement in many men’s regimes.

When other men see people, they are following on social media using products to enhance their appearance. It helps to confirm a positive message that it is perfectly okay to use makeup and similar grooming items.

Take Instagram, for instance, where the sight of men in makeup is a perfectly normal and regular scenario.

Where might men have once asked why they might want to try makeup products? They have replaced that question with a more resounding, why not?

Plenty of male celebrities are very conscious about skincare and their looks. They are happy to share their beauty secrets on social media platforms and tell you about their favorite concealer or what makeup products work for them.

Another important reason why men’s makeup is now deemed to be perfectly normal and acceptable is that plenty of women are very positive about the idea of their man enhancing his looks in this way.

When big-hitting social media influencers such as Victoria Beckham share that her husband David often helps himself with some of her beauty products, it helps convey the message that plenty of women don’t mind their partners using makeup.

Why men are open to the idea

It is important to look after your skin and try to maintain your appearance. This is why some men are open to the idea of going one step beyond simply washing their faces.

A regular exfoliation routine is now part of some men’s regime, and even if the idea of wearing foundation as a way of balancing their skin tone, using tinted moisturizers is one example of how the use of makeup is working its way into the mindset of males who want to try and look their best and maintain their appearance.

It is okay for men to wear makeup, and the evidence is all around us that this is a way of thinking that has now gone mainstream.

Photo by The Creative Exchange on Unsplash