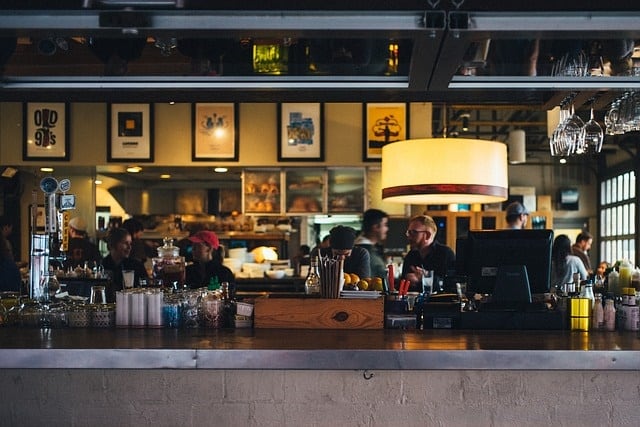 Ugh. Fighting. Nobody wants to be ‘that guy’ – but then sometimes you have to step up and do what a man’s gotta do. A little point that it will serve you well to remember though – drinking generally lowers your ability to make excellent decisions. People love to mouth-off when they’ve had a few too many drinks, and knowing when to walk away from a fight is crucial. In fact, many of the leading self defense schools of thought will tell you that if you can avoid a fight, then you should. That said, if you really can’t avoid a fight then you need to keep your wits about you. If you haven’t previously, you might want to consider self defense classes – not just for that unexpected bar fight but because it’s really helpful to be able to protect yourself. Ultimately, we want to avoid a fight – but if you can’t, we’re going to show you how to handle a bar fight without losing your dignity.

If you’re in a notorious bar brawl spot, then you might want to make sure that you avoid getting super wasted. Just a tip. When you’re drunk, there’s every chance that you could underestimate someone – which could lead to trouble. Keep your wits about you by steering clear of the tequila shots and whisky chasers. This is something that could save you a broken nose at the end of the evening.

When the fight is erupting, you need to stay as calm as possible and avoid getting smacked in the face. A key way to do this is to breathe. In order to stay emotionally and physically centered, you can’t try to match energies with the person who is trying to fight you. You need to keep drawing deep breaths in through your nose, and exhaling calmly. This will keep your head focused and allow you to make better decisions when it’s punch time.

Don’t for the love of god adopt a martial arts pose, or anything else silly like that. It’s more likely that you’ll get smacked down for being silly. Just bring your hands up in front of you in a kind of quasi-prayer alignment. Keep your elbows down toward your hips. This is a self-defense technique called “the fence” and is something that works to put your assailant off guard. 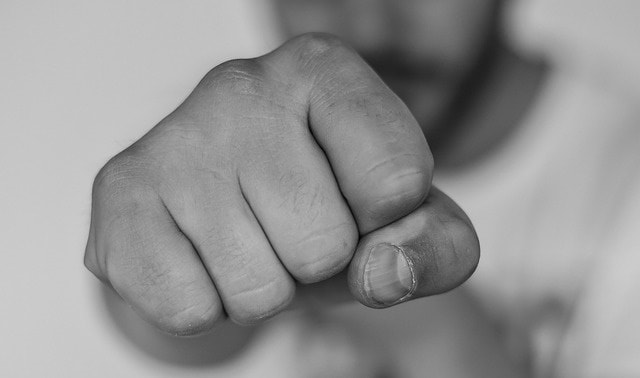 If someone is walking up into your space, you need to make sure that you have your space sorted out. Keep people at arm’s length by stepping back – at an angle, if you can, and repeat your stance above. You’re not retreating from the person who’s trying to attack you, you’re just trying to create angles of attack so that you give the bouncers time to get to you!

A key part of being confident and having your dignity in check is to ensure that you’re keeping eye contact with the person who wants to smack you. Keep breathing, keep your fence up, keep angling and sorting out your distance and you’ll find that your would-be attacker is intimidated by your confidence. Hopefully.

When you’re in a bar situation, it can be tempting to roll out and try to be noisy. Don’t do this. You want to avoid a fight, not get yourself into one. So make sure that you’re watching your tone and are speaking in a clear and non-confrontational manner.

Remember that the best option for you here is to avoid the bar fight if at all possible. If it truly isn’t possible for you to avoid a bar fight, then follow our tips and hopefully you get out of it relatively unscathed.