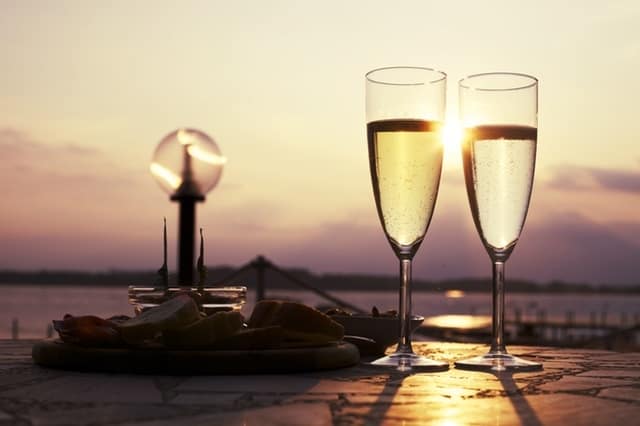 Your best friend has done it, your co-workers have talked about and you’ve definitely thought about it more than once: dating an older woman. It takes a certain kind of man to capture and hold the interest of an older woman, especially if she has kids and, a thriving circle of friends and a rewarding career. But wait — this is exactly why you’re so attracted to her, isn’t it?

Men who find themselves suddenly attracted to older woman often say that the experience is like having their eyes opened and their horizons expanded to include pleasures and moments they had never thought they’d feel before. The truth is, dating a woman who’s into her mid-30s or who has kids is nothing like pop culture portrays it.

Let go of the stereotypes and embrace these 5 reasons why the older woman you’re dating is a keeper. And, if you don’t have her yet, get out there and find her.

She’s Not Into Games

Older women just don’t have the time. They’re focused and deliberate and their lives are pretty full already. If she’s a mother, this goes double for her: she’s probably already been through the whole wine-and-dine, dance-romance thing with her ex-spouse.

Now, don’t get it wrong: this doesn’t mean she’s cynical or jaded about hookups, flings or relationships. It’s just that she doesn’t have the time to play coy. And this is great news for you because you can approach her and cut the nonsense.

Asking her directly and being straightforward, whether you’re well into dating her or you’re trying to ask her for the first date, is going to be appreciated a lot more. So, no more of those Google searches about when to text a woman and what to say, okay? Your older woman officially frees you from that sort of immature behaviour.

She’s Not Into Labels

Women who are older than you may have children but don’t look it. They’ve maintained their figures and the way they treat their body is important to them. This shows that they care about how they show up in the world and that’s something you should care about too. They’ve clearly got the curves to flaunt and they do so without apprehension.

But these very same women are probably also called things like “cougars” or “MILFs” or any number of other labels — and they’ve probably heard it so many times, it’s meaningless to them. Why is that great for you? Because she’s way more likely to have an open mind.

She’s not into labels and she doesn’t believe you can fit people into boxes. She’s open to trying out new things in life but she’s self aware enough to know what her favourite creature comforts are. What’s sexier than that?

You’ve heard about the “worldliness” and “experience” of older women, as compared to their younger counterparts. But, quite literally, being more experienced also means she’s travelled a whole lot more than you have.

She can experience a place and show you how to experience that same place with her. Having a woman who’s well-travelled means that her perspective has really had a chance to broaden and age, kind of like a fine vintage.

And you know what this really means, right? She can be discreet so when you two decide you can’t wait for the plane to land to get your hands on each other, she’ll make it to the bathroom and out again with her cool on.

Coming hand-in-hand with being well-travelled is the fact that this older woman you’re so into, well, she can talk about way more than her Twitter feed. She can talk about that too, if you both wanted, but the point is that she’s well-rounded.

She has an educated opinion on current events, social issues, art and, perhaps even the odd sport here and there. She can definitely engage you in a great intellectual conversation but she can also be silly.

And even though this woman probably has a smokin’ body, constantly being complimented for being an attractive woman is exactly why she does her best to prove that she’s more than just a pretty face.

Don’t be surprised, in fact, if your older woman is assertive with others, outside of your relationship. She may have even been the first one to approach you. Sure, you caught each other’s eye from across the room, but was she the one to buy you a drink?

Older women are often painted like “Mrs. Robinson”, looking for a young play thing to have a steamy affair with — and, for some, this can be true. After all, she has the maturity and freedom to do it.

But if you’re in a relationship with an older woman, chances are you’re going to have to grow up to keep up. Sure, she may take care of you in that nurturing way and, doubly so if she has children herself. Men who are dating an older women have one requisite: that they be men and not “boys”.

Being with her will cause you to approach her and act with a different kind of maturity. You may even find yourself getting introspective. Regardless, she’s all class and she expects you, as the man on her arm, to be the same.

Using 4TO To Take Care of Your Eyes