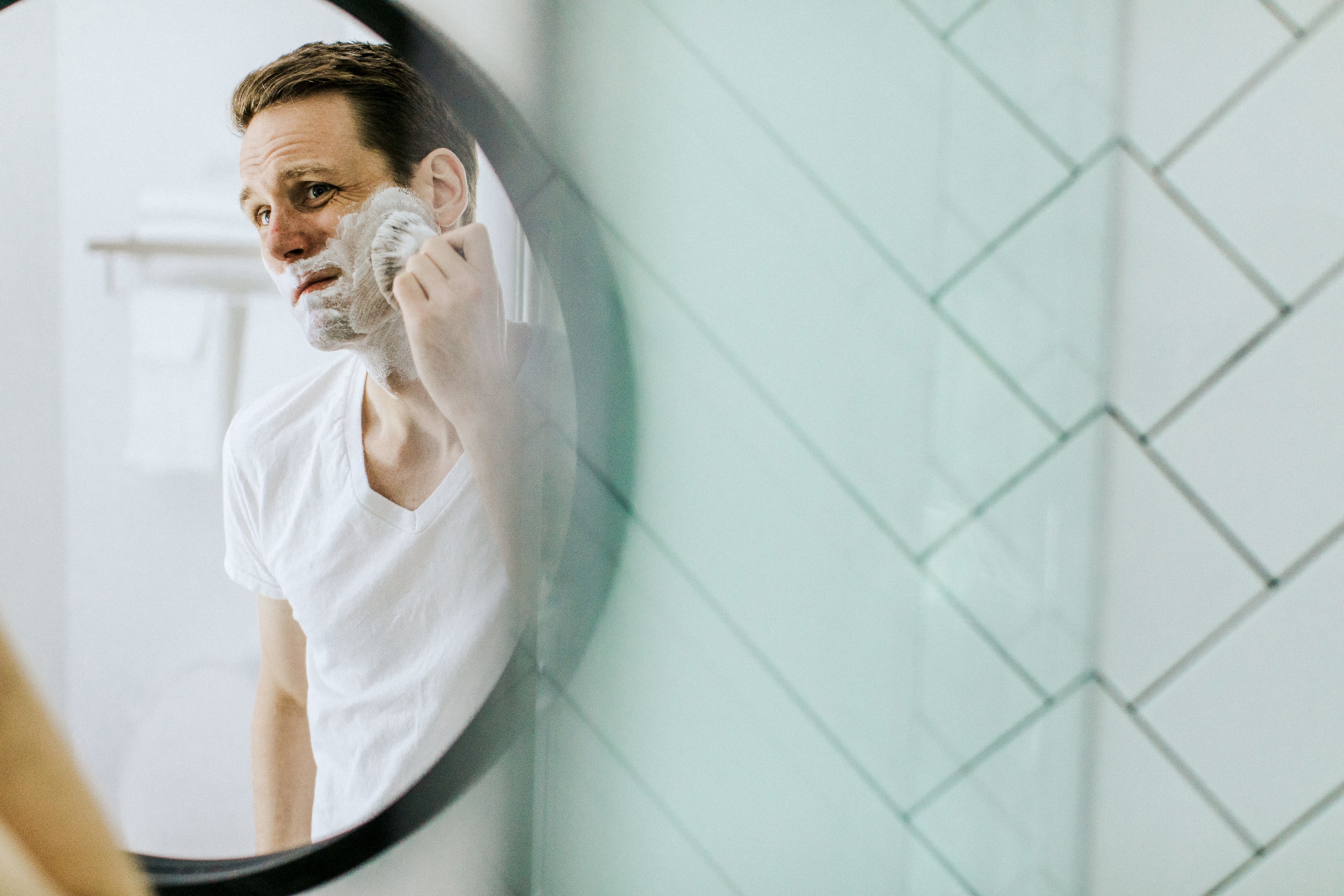 It’s not a secret that your face will thank you for using better products, especially for the morning shaving ritual.  Everywhere you look, the advantages of traditional wet shaving are being preached.  Shaving brushes, natural aftershaves with botanicals, double edge razors, etc…but what about the shaving cream?  The easy choice is to use a quality shaving cream since that’s what we’re all accustomed to.  And you really can’t go wrong with that decision.   But that “old fashioned” shaving soap popping up everywhere is also a great option.  More confused than ever?  Time to make sense of this decision.

Let’s start out with the realization that many will try to overcomplicate and split hairs (pun intended) when comparing the two.  If you don’t want to bother, just pick one and shave.  Trust me, you’ll be fine.  But if you’ve got a few minutes, understanding the differences may lead to a more personalized and enjoyable shave.

It’s semantics, but shaving cream is technically soap – real shaving cream that is, not “cream” that forms from goop in a can.  But for simplicity, we’ll continue to call the soft stuff “cream” and the hard stuff “soap”.  The end result of both, with plenty of water and a little elbow grease, is a magnificent thick and slick lather suitable for a close, smooth shave.  Made correctly (it’s not hard), it will provide moisture to soften the beard, lubricity to let the razor glide over your face, and cushion to prevent damage to your skin.  In very general terms, the consensus is a cream provides more cushion and a soap cuts closer.  But that’s as far as I’m willing to take those statements.  There are so many exceptions to the rule, it’s hard to call it a rule.  So let’s look at the other differences that may sway your decision.

Ease of Use – Creams are often viewed as easier to use.  Scoop out a small dollop (that’s the technical term) and place it in a bowl.  Use your damp shaving brush to swirl until you get mountains of lather.  Not slippery enough? Add a little more cream.  Too dry? Add a little more water.  Shave.  Creams are also often packaged in terribly convenient tubes, which are easy to squeeze out the right amount and are great for travel.   Soaps on the other hand are not quite as forgiving on the water/soap ratio.  I don’t want to scare you away, but it may take you a couple shaves to “get it.”  Once you do, the ease of use often goes the other way, as you can build the lather right on the soap or face instead of needing a bowl.  Shaving soaps are also available in stick form, which are nifty for travel, but aren’t as luxurious to use.

Old School Factor – It’s hard to argue that shaving soaps just scream traditional and are very masculine.  Who wouldn’t be proud to turn a solid chunk of soap into a fantastic lather?  Those of us that want to connect to the past might be drawn to the soaps.

Scents – Here I go again with the generalities, but creams are often more strongly scented.  And given the longevity of the two and the way they are packaged/stored, creams tend to maintain their scents longer.  You will find a variety of scents and strengths for both though, so if you like heavy scents, there are soaps that will appease you.  Conversely, you can also find light scented creams.  You will find a greater variety of shaving creams, simply because it’s easier for the manufacturer to scent smaller batches.

Value –Wet shaving supplies can look expensive at first glance.  There certainly are examples of products bordering the “obscene” line on the price scale.  However, they tend to last a lot longer, so the price per shave often ends up lower than what you can find in a drug store.   While there are plenty of inexpensive shaving creams, shaving soaps tend to win the cost battle.  Take a triple milled shaving soap, of which you can find for as low as $10.  It will last you a good six months of everyday use.  Now that’s value.

I hope this helped explain some of the differences and considerations to the cream-vs-soap debate.  Other websites like Male Extravaganza can be a great source for tips on this facial hair debate. However, I hope I made it clear you should use what you want to use, not what someone else says you should use.  Like creams?  Great, don’t let the soap snobs push you the other way.  Vice versa and all that as well.  Ultimately, be nice to your face – use quality products.