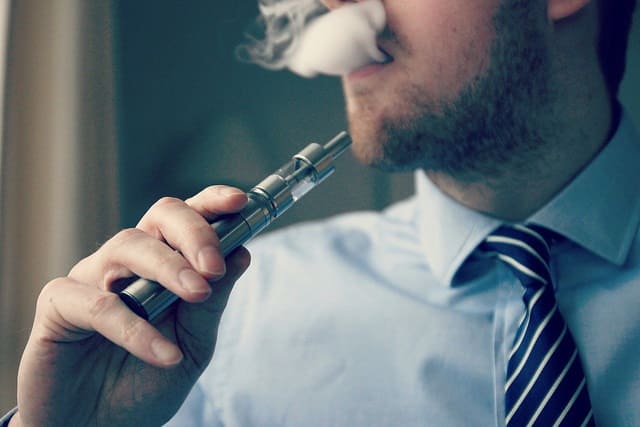 As more scientific research pours in, it’s become crystal clear that smoking is a bad habit that can definitely have a negative impact on several major aspects of your health. Smoking can be detrimental to your overall lung capacity, cognitive performance, athletic performance, and the functionality of your major organs. In fact, a recent study has found that regular smokers had frequent productive coughs or shortness of breath, the latter having a major negative impact on the participants’ physical activity levels and how well they’d perform while exercising.

According to the same study, the good news is that participants who gave up cigs 10 years earlier were experiencing fewer negative respiratory symptoms (of lesser intensity) as compared to individuals who continued to smoke in their later years.

If this is the case, however, then why is it so hard to give up smoking at all?

THE POWER OF HABITS

The answer may have something to do with habits. Habits are loosely defined as activities we repetitively do in order to elicit a positive emotional response, often in the form of a dopamine or serotonin surge in the brain. These two hormones (dopamine and serotonin) are very powerful habit-forming chemical compounds that helped to form today’s civilization as we know it.

Think of it like this — if a caveman was attacked by a tiger three consecutive times (and somehow survived) at a single spot while picking berries, they’d eventually form a habit to avoid that shrub in the future. Those cavemen who did not develop the habit to avoid the shrub would most likely just end up becoming eliminated completely.

As most of us know, not all habits lead to prosperity and better health. Some habits can be annoying and harmless (picking your nose or biting your nails), whereas others can produce long-lasting negative consequences on your health (like smoking). In particular, if you’ve been a smoker for the majority of your life, then you’d know that a simple “quit smoking” quote sounds good on paper, but is way easier said than done. To counter this loop, you’ll have to gradually introduce another habit to replace your old one – and this is where vaping comes into play.

INSTEAD OF SMOKING – VAPE

Replacing cigarettes with e-cigs is one of the best steps you can take to quit smoking – one that would also pay enormous health dividends over the long haul. This process may seem daunting at first, but it really boils down to a gradual move from one unhealthy habit (smoking) to another healthier habit (vaping).

But since there are so many types of e-cigarette products on the market, where exactly should one start?

Generally speaking, there are three main types of electronic cigarettes: 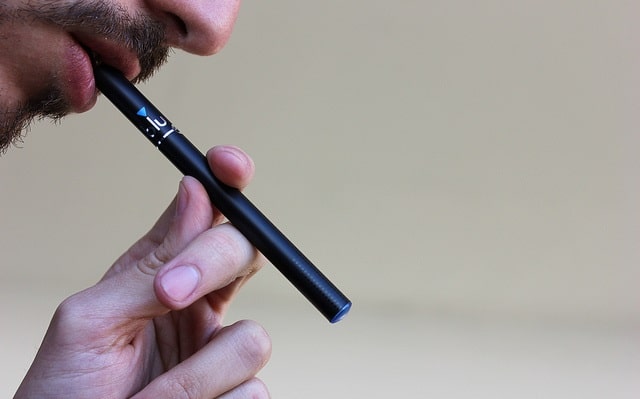 Mini e-cigarettes are often referred to as the first generation of e-cigs, and they often copy the look and feel of a traditional combustible and tobacco-filled cigarette – both in shape and size. Minis are an excellent choice for first-time users since they are the closest product that can emulate traditional smoking without it feeling too obtrusive of a change. These devices usually come in both disposable and rechargeable models and cost less than Vape Pens or other mid-sized e-cigs. They can be convenient to carry around, but may have a reduced battery life compared to more advanced e-cigarette models.

Mid-sized electronic cigarettes, or more popularly known as “Vape Pens,” are electronic devices that carry a liquid vapor known as “e-juice”. This e-juice is the main component of every Vape Pen and is constantly improved upon in order to deliver a better e-cig experience for the user. Vape Pens are usually bigger in size, feature a longer battery life, produce a stronger vapor, and offer a tighter control over various functions. The more popular brands of mid-sized Vape Pens run on a manual battery, meaning you’d have to press a button in order to “light up” the heating element…no pun intended. These products usually have a higher price than mini e-cigarettes, but their extended permeability makes them really worth it in the long run.

Finally, there are the Advanced Personal Vaporizers or APVs. These cutting-edge types of e-cigarettes have appeared fairly recently thanks to the increased consumer demand of customisable models; Patrons started searching for a device that could offer complete and total control of their e-smoking experience, thereby leading to the birth of APVs. Some of the benefits of APVs include an extended battery life, maximum production of vapor, fully customisable parts and a design that fits the user’s aesthetic sense.

HOW VAPING CAN BENEFIT YOUR LIFE

E-cigs can help you completely remove the bad odor from classic tobacco cigarettes. The smoke that comes from traditional cigarettes is very strong and can remain glued onto your clothes, skin, hair, teeth, lips, breath, and even into your lungs.

Secondly, as we mentioned, the chemicals from a combustible cigarette can damage the lungs, stain your fingers and teeth, and significantly impair your body’s blood circulation as well. This means all sorts of bad news and potential long-term health ailments for the avid cigarette smoker.

Opting for electronic cigarettes over combustible cigarettes can save you a substantial amount of cash. The average spending of a smoker can surmount to hundreds of dollars on a monthly basis for tobacco, cleaning accessories, ashtrays and other proprietary smoking costs. Making the switch to vaping is far more advantageous for your wallet; all you’d have to purchase is a one-time kit (granted you’re opting for a superior brand and a quality product.)

Plus, the cost of batteries and e-juice is far less than what you’d pay for carrying on with your usual cigarette smoking habits.

Customers and e-cig hobbyists tend to have a much healthier lifestyle than cigarette-smokers. In fact, studies suggest that switching from tobacco to e-cigs can have major improvements on both your physical and mental health!

VaperEmpire is a prominent e-cigarette company that strives to help cigarette smokers kick their habit by making the positive switch to vaping. Their mission is to provide customers with high-quality hardware and e-liquids they can trust.