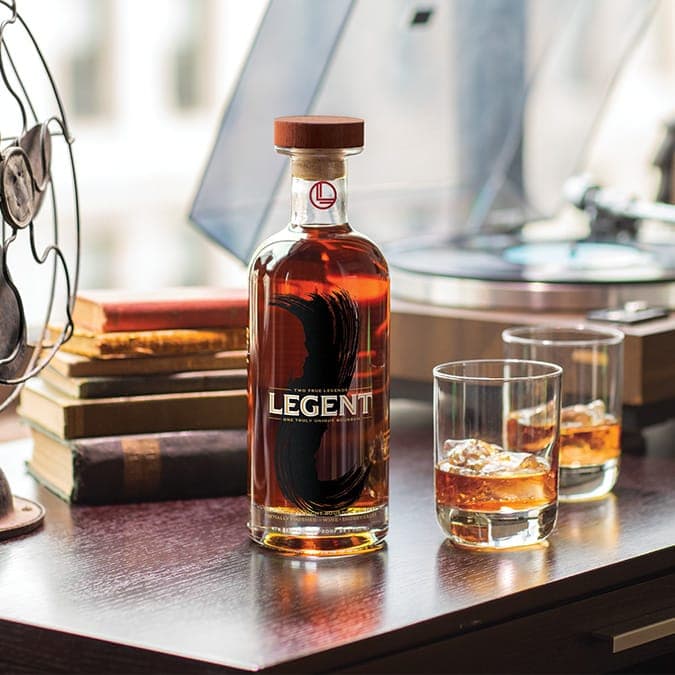 Kentucky Straight Bourbon ain’t for the faint of heart. It is an amber-hued gift from the Bluegrass State’s spirit Gods. Kentucky’s unspoiled limestone water supply, climate, and southern charm all go into making some of the world finest Bourbon. In 1964, Congress declared Bourbon America’s only native spirit. Legent is a Kentucky Straight Bourbon that honors its rich heritage but is ready and willing to blaze its own path.

“…after years of being in the shadow of Scotch whiskey, bourbon and rye are being rightly recognized for their greatness, diversity and sometimes enormity. Certainly, they’re consistently is the very thing which is winning over so many friends.”- Jim Murray’s Whisky Bible 2016. According to Tim Heusier, Beam Suntory American Whiskey Ambassador East Coast, Bourbon is experiencing its second golden age. As Bourbon lover, I’m inclined to say it’s about darn time.

Growing up in the south Bourbon, Whiskey, and Moonshine was the go-to drinks for every life’s best moments. It wasn’t uncommon to see folks sitting on their front porches legs propped up, slowly sipping on bourbon until the sun drifted below the horizon. It was meant to be savored after a long, hard day and every sip was earned.

When I first heard about Legent Bourbon my interest was piqued because of the collaboration between Master Distiller Fred Noe and Chief Blender Shinji Fukuyo. I was intrigued by the concept of a carefully blended Bourbon. It was hard to envision just what these two greats would cook up but I was sure it was going to be good. There wasn’t a doubt in my mind that 220 years of making bourbon and combining it with the craft of Japanese blending was going to result in something magical.

On the nose, Legent is seductive and complex. It’s aged for four years in charred oak barrels and Chief Blender Shinji Fukuyo then blends the secondary-finished bourbon with Kentucky Straight Bourbon. This painstaking blending process results in a balanced Bourbon. This passion project pushed past the traditional notions of what whiskey can be and resulted in category-defying spirit.

Legent is a delicious cacophony of contradictions. Robust but smooth, it manages to somehow melt in your mouth. It’s creaminess rounds a bend and then the finish illuminates much like a shooting star. In its wake, you are left with the warm trail of velvet in your mouth. Frankly, it was the most beautiful finish I’ve ever tasted in a bourbon. Much like the scent of a beautiful woman Legent lingers close enough to remind you she was there but far enough for you to savor the memory.

This is the best Bourbon I’ve had in my life. If you can get your hands on it grab several. I believe that this is one of those rare moments where a product exceeds the hype. Kudos to Legent for stepping out of the box and in doing so melding the best of two distinct traditions.

The Aspiring Gentleman was hosted by Legent. All opinions are my own.