While browsing through online slots, you’ve must have come across titles manufactured by the company known as Aristocrat Leisure. Although it represents a relatively young developer in the world of online slots, don’t let that deceive you. They possess over 50 years of experience when it comes to the production of land-based slots, which implies that their online versions will be nothing but pure quality!

Big Red is an online slot machine with a classic Australian theme. It comes with a 5×3 reel grid with five pay lines. Return to player rate amounts to 97.07%, and the volatility is described as medium to high. The players can benefit from special symbols (wild & scatter) and features (free spins & symbol substitution).

This game will take you to a sea adventure, where you get to chase the 400x-total-bet worth jackpot prize across the 5×3 reel layout with 25 pay lines! The game includes the scatter and the wild, as well as two additional features – free spins and substitution of symbols.

This Chinese-themed online slot introduces five reels, three rows, and 25 pay lines. RTP is 97%, and variance described as medium. It comes with a superb free spins feature, in which you get to choose sub-features and enhance the power of these features by playing the “Extra Choice” mode.

More Hearts is a medium volatility online slot machine with the RTP percentage of slightly below 95.69%. It comes with the grid of five reels divided by three rows, with 25 pay lines dispersed across it. Players can benefit from the free spins feature.

Queen of the Nile

Queen of the Nile is probably the most popular Aristocrat online slot, and it comes with a medium to high volatility rate and a 94.88% player return. This Egyptian-themed game includes the scatter symbols and the free spin feature, which is a lot of fun.

To play slots from the Aristocrat portfolio, you only need to find a proper casino or a specialized online-gambling-oriented website that is powered by this company and provides such a service. When looking for a casino to play your favorite slot, be sure to check its validity by checking whether it possesses valid operation licenses. 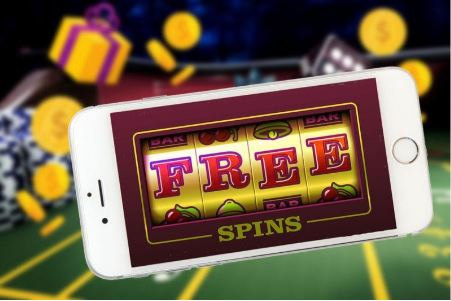 The vast majority of Aristocrat-powered casinos allow you to play a demo version of the best games like Buffalo slots produced by this developer. To play any Aristocrat game for free, you don’t need to download or install anything; nor do you need to open a new account or make a first deposit. The only thing you need to do is to visit the review site or casino’s webpage, find the desired game, and run it via Adobe Flash Player plug-in, while all Aristocrat games are available in instant play. And since the demo version carries no risk of losing any money, you can benefit from them by gaining as much experience as you can before you start to wager real money!

To play the game for genuine money, you need to complete the registration of a new account, as well as make an initial deposit. This will allow you to create your in-game funds when looking for the place to play Aristocrat slot for real, keep in mind to check all the welcome bonuses and promotions, online casinos tend to offer. Through them, you can increase your starting budget, and therefore the chance of winning some money!

A vast majority of Aristocrat-powered online video slots are HTML5-based, which means that they are available in instant play across all devices, including PC, laptop, tablet, and smartphone. All games are mobile compatible and work flawlessly across platforms such as iOS, Android, and Windows Mobile. There is no need to download and install any specific app, while the game is run directly through the one dedicated to browsing the Internet.

The aristocrat Leisure, casino software team, is considered to be the largest Australian-based company and the second-largest slot provider in the world!

A Bit of History

It was established at the beginning of the 1950s’, and their first-ever produced slot machine came several years later in 1953. After a successful initial launch, the company released its second creation – a land-based slot machine named “The Clubmaster,” which was successfully produced between 1956 and 1958.

The 60s’ were the expansion years, where Aristocrat continued to grow, reaching the European market. Casinos in Las Vegas also started showing interest, so the company released the “Aristocrat Nevada” slot back in 1961. 70s’ were even more successful, and the company released the first-ever manufactured 5-reeled slot, as well as an internationally recognized all-electronic game named Wild West. In 1983, they released a concept known by the name of Virtual Reel, which was swiftly adopted by all major casino providers worldwide!

The release of the “MK Gaming System” back in the 90s’ resulted in something big – the company was listed on the Australian Stock Exchange market for the first time back in 1996!

The company continued expanding, covering the online gaming market at the beginning of the 21st century. The quality of Aristocrat products can be seen in the fact that their “Walking Dead” game was named “Casino Product of the Year” back in 2014! Along the way, Aristocrat has acquired several promising developing studios, such as Madness, Plarium, and Big Fish, enriching their portfolio by more high-quality online casino games!

So, if you are looking for slots with HQ-graphics and creative designs, not overcrowded with special symbols and additional features, then Aristocrat is just the company for you! Their slots provide an excellent gaming experience especially during this time of stay at home orders, as well as pretty solid payout rates across all devices!