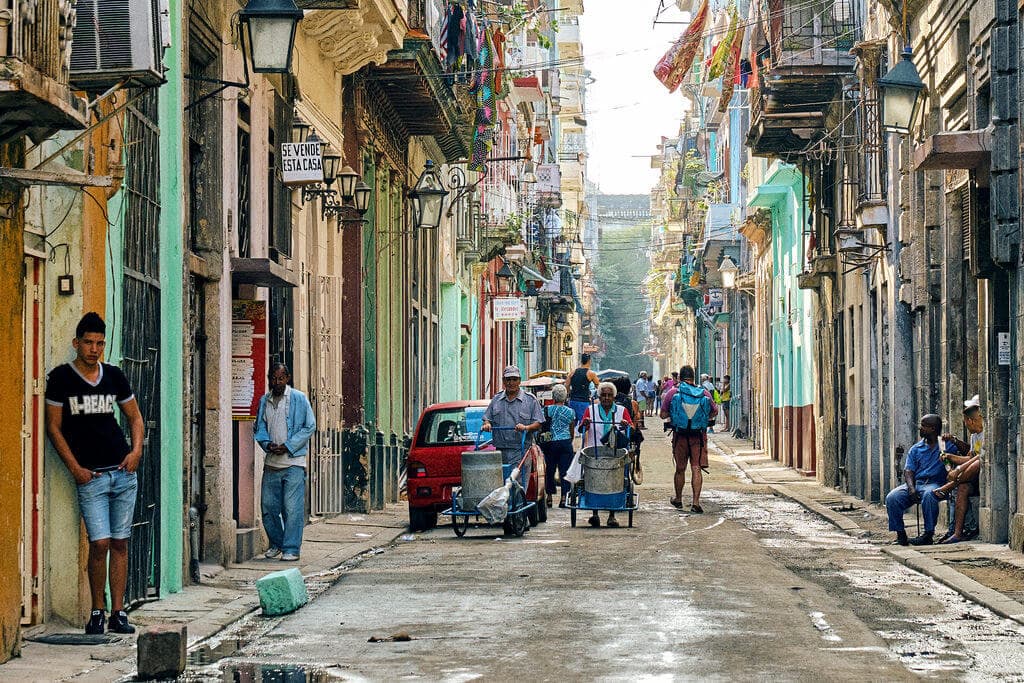 Prior to my latest adventure Cuba was an anomaly to me – an unknown land full of mystery, intrigue and bold historical headlines. An ease in travel restrictions has now made it possible for US Citizens to freely visit our island neighbor, based on certain approved criteria. Finally able to walk the busy streets of Havana I experienced just a taste of what this proud and lively island nation has to offer.

The first thing I realized about Cuba is that it’s full of music. Be it the melody of children’s voices at play, the shouts from friends and family members calling to one another over the rumble of American muscle purring – or clunking – their way down the narrow streets, Cuba provides visitors with a chorus of culture. From day one it was the power of music that drew me from bar to bar, restaurant to plaza and from ignorance towards appreciation. 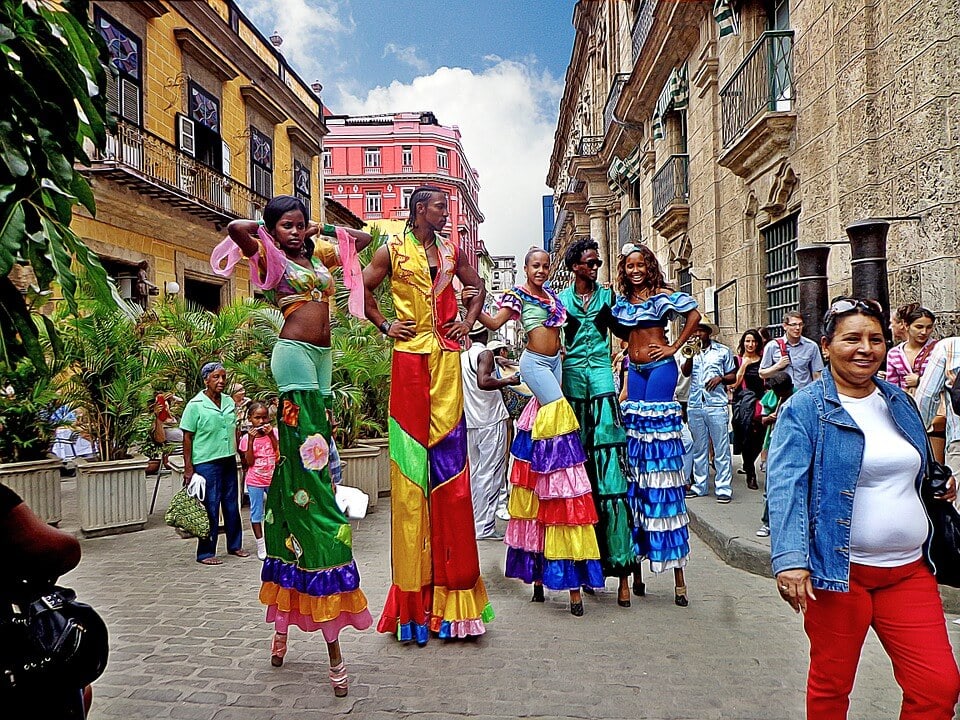 Upon my arrival I believed that because of our contentious history with the island Americans wouldn’t be well received. I was pleasantly surprised to learn that my suspicions were completely ungrounded, as more often than not I was greeted like an old friend that had returned after a long absence. The topic of conversation with the locals was usually La Revolución and their fight for freedom. Fifty years on from the communist revolution, billboards can still be found everywhere across the country with Che’s famous slogan “¡Hasta la Victoria, Siempre!” and Cubans are indeed proud of what they have accomplished.

The legacy of this victory and the merits it brought, remains a matter of perspective. For a while the communist model worked–and worked well. The revolution was a success and freed the people from unwanted foreign influence. The government-run stores overflowed with food, monthly rations were abundant and the Cuban people lived prosperously. But with the collapse of the Soviet Union, their principal trade partner disappeared and the shelves became bare. The once abundant socialist dream dried up, withered, yet didn’t entirely die. The revolution limped on, but with no wellspring to supply the people and no neighbors to fill the void, Cuba was left to forge its own path forward.

Today, the average monthly government salary is a mere 450 local Cuban pesos, approximately twenty USD, forcing many Cubans to live in abject poverty. With a government unable to provide for the people, the idea of private enterprise has slowly began to sink into the Cuban collective conscious. With private businesses gradually opening their doors and with the steady influx of American tourists fueling the local economy, prospects are shifting for the impoverished island nation. The current state of El Capitolo, the capital building, halfway through extensive renovations, perhaps provides an accurate mirror, reflecting the past, present and bright future awaiting Cuba.

Undoubtedly one of the greatest highlights of my trip was wholly American, yet uniquely Cuban. I’m referring to the abundance of classic American cars that still roam the streets not only of Havana, but all of Cuba. It was an absolute delight to see vintage collector’s items still in use, either in their original state or fully restored. Riding around in a pristine 1958 cherry two tone red and white convertible Chevy Bel-Air was too much fun! We were transported back in time to the golden age of the American auto industry, the legacy of Detroit still on display in all its glory. It’s ironic that even after a trade embargo lasting several decades, it’s American muscle that still dominates the Cuban streets, literally keeping the island running. 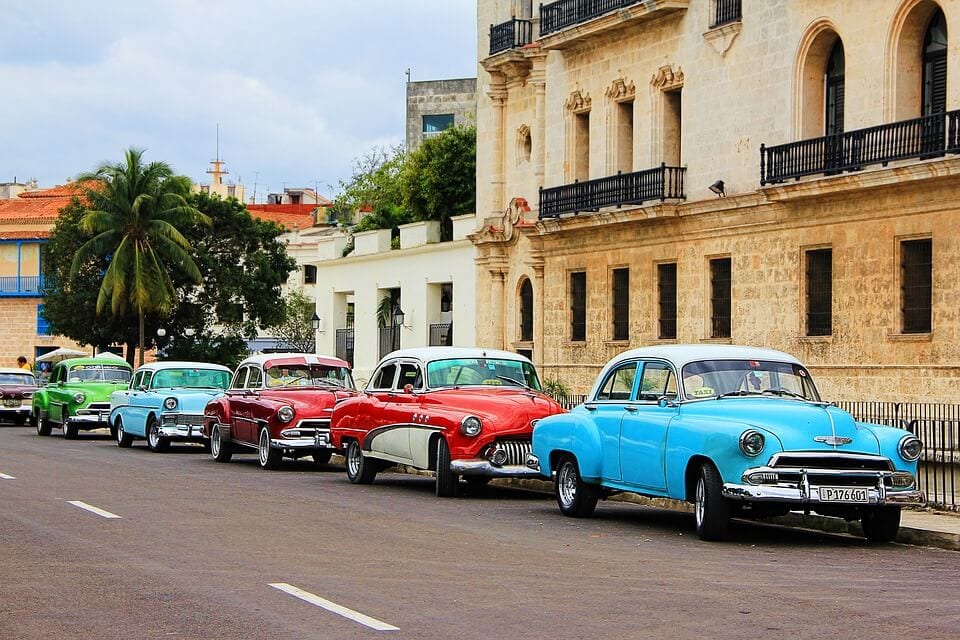 Cuba is a land rich in history and culture, offering each traveler an opportunity to learn from and experience a lifestyle different than our own. It now falls to a new generation of American adventurers to reestablish dialogue with our island neighbor and embrace a new role as ambassadors of the American values we cherish most: life, liberty and the pursuit of happiness. Therefore, upon selecting your pre-approved reason for travel to Cuba, as required by the Department of Treasury’s Office of Foreign Assets Control, there’s one selection that every American who values freedom and prosperity can endorse. Choose to support the Cuban people.

Joseph De La Cruz, co-author of, Paths to Pachamama, grew up in Boulder, Colorado, a graduate of a K-12 bilingual Spanish education program and the University of Colorado, Boulder with a bachelor’s degree in International Relations and Italian. He is a traveler of worlds, constantly asking big picture questions as he seeks meaningful answers to better understand the universe in which he lives. Forced on the road following the death of his mother in search of answers to life’s greatest mysteries, this book represents the wisdom and experience gained throughout his year long adventure in South America.

The Aspiring Gentleman is a men’s lifestyle blog based in Miami Beach. We aim for the fantasy life with a dose of realism. From travel stories in Brazil to whiskey reviews in Scotland, The Aspiring Gentleman’s founder and contributors share the latest trends and the timeless advice here to stay.
Contact us: [email protected]tleman.com