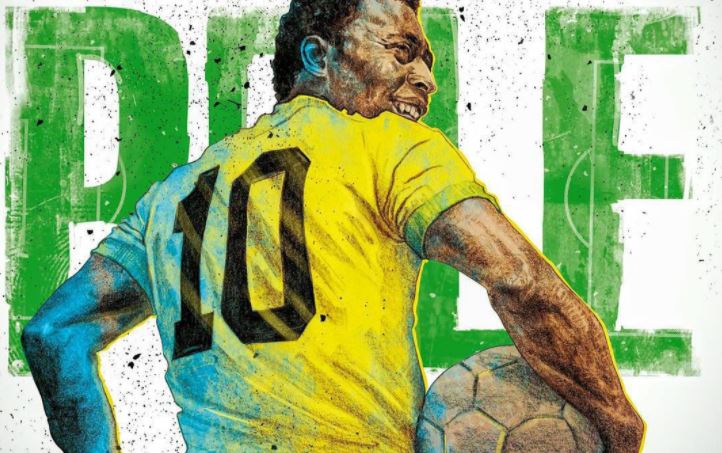 ‘The Beautiful Game‘; a phrase coined and popularized by arguably one of the greatest footballing heroes of all time- Pele. Join us for a journey through some of football’s greatest hero’s.

Spending much of his career holding the title of ‘best-paid athlete in the world,’ Pele is considered one of the game’s all-time greats. As a forward, placing a bet on him, with Infogol, to score was always a sure thing and came with a payout guarantee. In fact, he was pretty much a sure thing, throughout his career, he maintained a ‘goal a game’ average. In his home country of Brazil, he is a national icon and legend due to his footballing ability and how he speaks out against poverty and poor social conditions. A true great on and off the pitch.

Love him or loathe him, there is no denying that the hot-headed Argentinian was a magic player in his day. Other players could only watch in awe and wonder as he dribbled past them – not great for England supporters hoping to cash in on a win when he dribbled past half of the team and scored what has been given the title of ‘Goal of the Century’ in the 1986 World Cup. One thing’s for sure – it was always worth putting a stake on his ability to cause controversy, and no more so than when he scored the infamous ‘Hand of God’ goal. Often remembered for all the wrong reasons, it can be easy to overlook that Maradona was the player to define a generation and that his skills and passion were never matched in his playing days.

A hero of our times, Messi is widely regarded as the best player on the planet. With nine La Liga titles and six Champions’ League trophies to his name, he is one of the most highly decorated players ever to grace the game. His eye for a pass, anticipation, and reading of the game is effortless. He makes 90 minutes against some of the world’s top players to look like a walk in the park. His ability to shoot at goal from any angle and from any position is astonishing. He is in a class of his own. If there is something to be won, you can be sure that putting a stake on him to win it is a good idea. He has won the coveted Ballon D’Or award five times – no other player can get a look in.

Johan may not have the trophies and the titles that the other three on this list possess, but his greatness lies in his legacy. No one in the history of football has had such a lasting effect on the game as Cruyff has. From the ‘Cruyff Turn’ to stands and awards that are named after him, football’s world regularly recognizes the impact that the Dutchman had on the game.