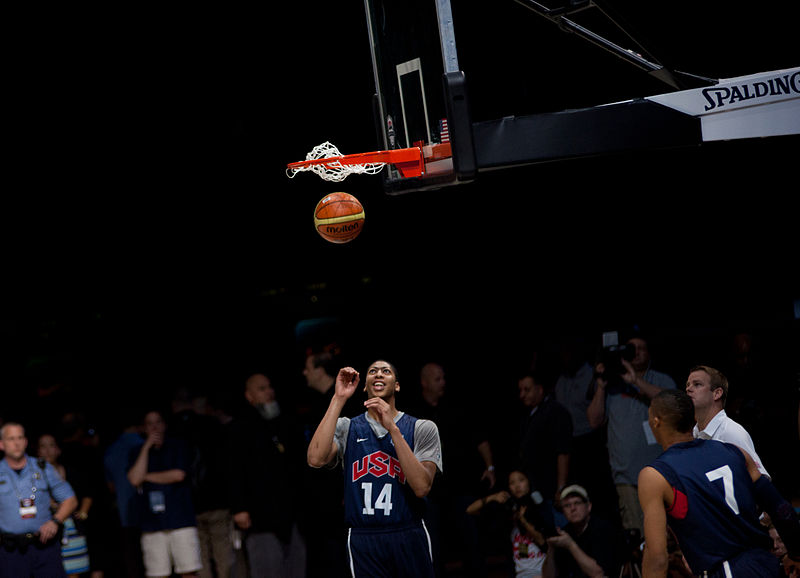 The world of basketball took a significant turn when the Toronto Raptors defeated the two-time champions Golden State Warriors. Everyone did not expect “The North” to play well against the “Dub Nation,” let alone snatch the Larry O’Brien Championship Trophy. Interestingly, this is not the only noteworthy event as of late – that is because the Los Angeles Lakers’ front office also made some huge waves in the sport realm.

The Purple and Gold franchise made a blockbuster trade which saw the arrival of Anthony Davis. The Los Angeles Lakers and New Orleans Pelicans managed to pull off one of the biggest deals of the offseason, and this despite being a few weeks away from the official start of the NBA free agency.

Here’s a quick rundown of what went around the blockbuster trade:

By essence, the Pelicans agreed to trade its superstar Anthony Davis in exchange for three Lakers stalwarts. They are namely, Josh Hart, Brandon Ingram, and Lonzo Ball. But apart from these, the Pelicans will also be getting three first-round picks, which would include the No. 4 overall pick in this year’s upcoming draft.

It is safe to say that the Pelicans had the upper hand, considering how valuable both Ingram and Ball were during their tenure in the Lakers. However, one could not also deny Davis’ importance in the floor. And with his arrival to a franchise known for championships, the team could finally be a playoff contender.

The Impact of the Trade

Keep in mind that when The Brow’s was still with the Pelicans, the franchise became a force to be reckoned with. They were so formidable that people would rather place their wagers on this team than the likes of the Chicago Bulls and Miami Heat. This might also be the reason why no deposit free bets are gaining popularity among UK punters. Of course, this blockbuster trade is not just showcasing its impact in the world of sports betting.

In the NBA, in particular, this gives the Lakers a much better chance to enter the playoffs and actually make a championship run. Although their odds of making the playoffs have indeed dropped to only 41%, bookies are still backing them to be the Championship winners. Odds are at 7/2 with Bet365 and 5/2 with Ladbrokes for the Lakers to win. Sure, LeBron James is not as efficient as he was back in the days, but the experience he has on his resume is enough to elevate a team. Seriously, the eight consecutive NBA finals appearance is something that only The King managed to achieve. Davis’ arrival would give the Lakers more depth, as well as a possible duo in the making courtesy of The Brow and The King. In fact, people are already nicknaming it as “Bron-Brow.”

The Timing of Davis’ Trade

It holds true, though, that the blockbuster trade are still being sorted out. Basically, it is expected to be official come July 6, which is just right after the moratorium faces its end on the beginning of the free agency. And while reports suggest that both franchises are willing to move the date, the decision to trade Davis very unlikely to change.

As per the legal terms of the NBA, July 6 should be the soonest when it comes to the trade. This would also require the Los Angeles Lakers to trade their draft rights of the fourth pick, instead of the usual contract of the player. In addition, the franchise will be left without enough salary cap space in order to sign another free agent, which, in turn, would result in a maximum contract. Here is an interesting narrative, though: If Davis decides to waive his whopping $4-million trade kicker, the Lakers would be able to obtain a little bit more than $23 million in terms of salary cap space.

This is where things could finally get interesting. You see, thanks to the salary cap rules, the Lakers would be able to have the space in an attempt to add another maximum contract if and only if the trade is consummated come late July. From there, people could expect the cap space to be utilized on some superstars, with Kemba Walker and Kyrie Irving being the popular ones. Keep in mind that both of these All-Star point guards are expected to be free agents.

This scenario, however, would still require the Lakers to draft the fourth overall pick for the Pelicans. It could also be whichever team would have the rights as soon as the draft hits. The next move is to simply sign this player as quickly as possible. It should be noted that, as per League rules, a signed draft pick is not allowed to be traded for at least 30 days. So, in this sense, July 20 could be the earliest date for the trade to be consummated.

Why Sports Drinks Make You Crash