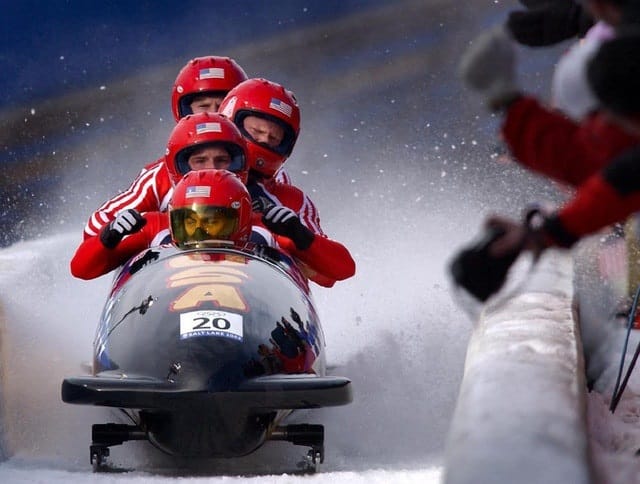 If you’re a sports fan you’ll be looking forward to 2018, which is set to be a bumper year for events around the world. Now is the time to start making travel plans because nothing beats the thrill of being there and attending one of these amazing competitions would make an unbeatable sporting vacation.

Ice hockey, tobogganing, ski jumping and figure skating are just some of the sorts you can see in PyeongChang, South Korea between the 9th and 25th of February 2018, when teams from at last 84 nations will compete for the world’s most coveted gold medals – even North Korea will be represented there. It’s the chance to see some of the world’s greatest athletes at the peak of their ability participating in sports that are among the most exciting – and dangerous – out there.

One of the world’s biggest multi-sport athletics contests, this year’s Commonwealth Games will be held in Gold Coast City in Queensland, Australia, from the 4th to the 15th of April. Basketball and track cycling events will be held in Brisbane and Cairns, with shooting in Belmont. Teams from 70 nations will compete in events beginning with the women’s triathlon and ending with the rugby sevens. The sunny beaches and the party spirit of the region guarantee an exciting atmosphere.

Another great event taking place in April, with races held between the 12th and 14th, is the Grand National meeting at Aintree near Liverpool, England. It’s the world’s most celebrated equestrian event, run annually since 1839, and there are still tickets available if you’re quick to book. You can find out the runners and odds online. With jumps and turns like nothing else, the main race is a thrilling challenge for horses and riders alike. You may well see famous faces in the crowds, with members of the Royal Family among those likely to attend.

The 2018 Tour de France, the world’s greatest cycle race, starts on the 7th of July in Noimutier-en-l’îsle and follows a challenging route up into the Alps via Annecy and La Rosière. The Pyrenees, however, are where the real challenge lies, where the steep route up the Col de Portet offers stunning views and some serious hard work for the legs. You could combine seeing one of these stretches with a summer skiing trip, or watch the final triumphant sprint into Paris.

The biggest event in the soccer calendar, the World Cup is one of the most popular sporting competitions in the world. Held every four years, it will take place in 11 cities in Russia between the 14th and 25th of July 2018, with the final to be held in Moscow. 32 teams will compete. Russia’s usual visa restrictions will be waived for fans attending matches, so it’s easy to travel there and there should be some spectacular matches to watch. The last tournament’s winners, Germany, are odds-on to win.

There’s still time to grab a place at one of these amazing events. If you’re unlucky, you can still enjoy them on television and perhaps find other ways to be involved.