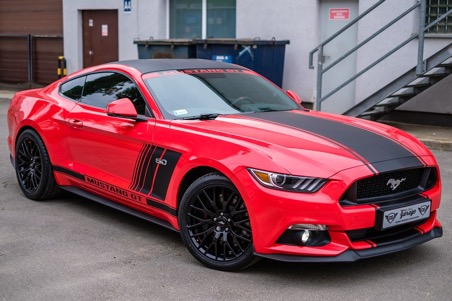 If there’s one thing all drivers know to be true, it’s that running a car can get very expensive, very quickly. It isn’t just the initial cost of buying a car that people struggle with, you’ve got all the things along the way that you’re going to have to pay for. Before you know it you’re constantly spending an absolute fortune, so much so that new drivers are actually being put off driving because of such high running costs. So, if you’re going to be spending that much money, you at least want to make sure you’re getting your money’s worth from your car, especially if you’re buying one brand new. Here’s how you can make the most of the money you’re spending.

Insurance is the big killer of money for a lot of people. First you’ve got the trouble of being a new driver to deal with. New drivers face such big insurance prices, purely because they’re the ones most likely to crash. Companies don’t just try and victimise

new drivers, it’s true that a really high percentage of accidents that occur are due to young or new drivers. Then you’ve got the worry of whether a claim will affect it. Now, even if you’re claiming against someone else, which you most likely will have to do at some point, you’re still going to see your insurance policy shoot up in no time. The sad thing is, you’re most likely going to be involved in an accident at some point during your time driving, and it might not always be your fault. If not, you need to contact companies such as the Robinette Legal Group to try and get the most money for you, especially if you were seriously injured. So, even if you are having to claim, at least you might have a bit of money to balance out the extra cost that you might incur from your insurance. You can also do things when you’re setting up your policy. For example, if you try and reduce the number of miles you’re doing each year, the price you’ll pay will go down. You can also put on older, more experience drivers onto your policy to try and save a bit of money. But the main thing you can do is to try and make sure you’re a safe driver, and ensure you’re doing all you can not to have a claim made against you.

If you’re going to get your money’s worth, you’re going to need to be driving as much as possible. The amount of people that buy a nice brand new car, but have it sit on the drive most of the time in fear of damaging it is silly. A car should be enjoyed, and if you’re going to make the most of it you should be driving it around at any opportunity you get. However, if you do have a brand new car it’s important that you’re not running it into the ground. A new car shouldn’t be used so much as it can really damage the engine in the beginning if the car is being overworked. You have to find the perfect balance of getting out and about, and knowing when it might be better to have a walk. If it’s an older car, you don’t really have the same issue. You’re probably not going to have spent as much on it in the beginning, so it won’t matter to you how much you’re using it. One thing that we would advise is that you get warranty if you’re buying through a car dealership. Warranty helps cover the amount you might have to pay if something does go wrong with your car. Even though it is going to be a bit of a big cost in the beginning, at least you don’t have to worry about an ever bigger cost if the car does actually break down.