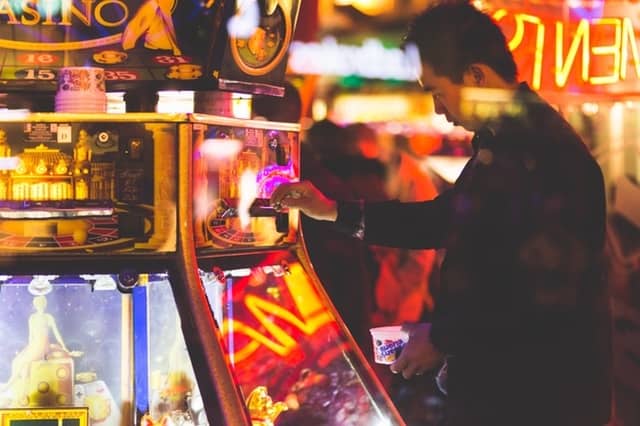 The entertainment industry has seen quite a few turning points over the ages. Quite a few of them have occurred in the last couple of centuries: the invention of recording, the invention of movies, the invention of television, and the list could go on forever. It is arguable whether the creation of the first real money online casino can be classified as one, yet one thing’s for sure: it has created a thriving industry with millions of players and billions in revenues each year. Now this novel form of entertainment (it’s a bit over two decades old) has reached a point where it’s ready to take the next evolutionary jump: move into virtual reality. This will bring it one step closer to the real thing, adding total immersion to the mix, making it even more attractive for its already considerable player base. But will virtual casinos be able to beat real life ones in the long run? Well, they just might… if we consider the points below.

Traveling to Las Vegas is not the cheapest option. You need to spend on airfare, lodging, dining, perhaps even a rental, which can be quite costly. Besides, you need to consider the money you’ll spend on entertainment and gambling, too. According to TripAdvisor users, a weekend in Vegas can set you back anywhere between a few hundred and a few thousand dollars.

Aside from the initial investment in a virtual reality system (which has quite the price tag now but will surely become much cheaper later on), attending a virtual casino won’t cost you anything but what you spend on gambling. If your idea of fun is spending time at the gaming tables, a virtual casino will be your most cost-effective choice.

Virtual casinos are still a thing of the future, yet they might become a reality sooner than you think. VR is not widespread enough for it to be considered “mainstream” but it will become soon enough, offering new forms of entertainment – including casino entertainment – in a virtual form.