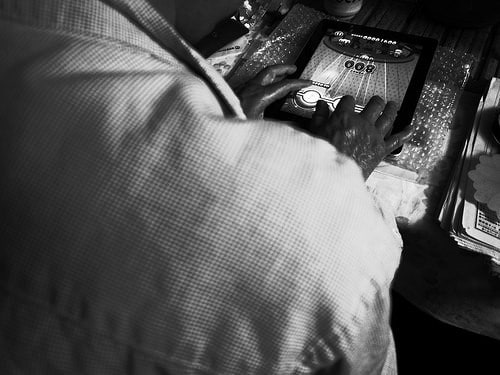 Thanks to the buzz created by virtual and augmented reality in 2016, gaming seems to be all the rage as we make our way through the current year. With everything from old favorites and new releases set to tempt us in the coming months, we thought we’d focus on the games every gentleman should take a look at in 2017.

Indeed, since Pokémon Go captured the imagination of the mobile masses and showed that new technology can take games to new heights, we’ve decided to look at three separate platforms and find the prospects. From the PC and James Bond world of casino betting to the latest hybrid platform, our three gaming picks for 2017 should have you covered when it comes to entertainment and immersion.

Lose Yourself in New Worlds

In 2015, market research and consulting firm Tractica predicted that virtual reality (VR) revenue would hit $21 billion by 2020, but only if it could come through a “make or break” year in 2016 unscathed. Well, looking back over last year’s developments, it’s likely VR will not only hit that target but beat it by 2020. Both VR and augmented reality (AR) captured the gaming community’s imagination in 2016. Although the major VR headsets, such as Oculus Rift, only went on sale midway through 2016, one of the leading early releases, Raw Data, managed to generate

Both VR and augmented reality (AR) captured the gaming community’s imagination in 2016. Although the major VR headsets, such as Oculus Rift, only went on sale midway through 2016, one of the leading early releases, Raw Data, managed to generate $1 million in sales in its first month.

Building from this obvious buzz surrounding the technology, one of 2017’s top VR prospects looks to be Star Trek: Bridge Crew. Thanks to Red Storm Entertainment (collaborators on Far Cry 3), you can follow in the footsteps of gentleman James Kirk and play through space. In fact, as well as taking on individual missions in your own VR world, you’ll also be able to go online and compete in the Star Trek universe alongside thousands of other players.

Become James Bond in Your Own Home

What could be more sophisticated than donning a tuxedo and sitting down to play roulette or blackjack like Mr. Bond himself? Well, in 2017, the best way to join the gambling elite in the like of Las Vegas or Monte Carlo is to head online. With the iGaming industry reaching a peak (Statista predicts a value of $50.65 billion), this year looks set to be a great time for anyone wanting to try their hand against the house and bank some cash.

One of the latest players to join the industry is Dunder Casino. As described by independent review site CasinoShark, although Dunder Casino went live in 2016, it currently has 600+ games crammed inside its virtual walls. One of the main reasons this site has made our list of 2017 gaming prospects is its “classic” look. Maintaining this air of refined sophistication, the casino website is a nod to the days of vintage Vegas and that means you’ll get the full Bond experience regardless of whether you prefer to spend $1 or $1,000.

Our final gaming tip for 2017 is Mario Kart on the Nintendo Switch. Although the hybrid console won’t be released until March 3, the $300 product looks set to change the way we play. By taking three of our favorite gaming platform types from the last decade or so, Nintendo has created a product that allows you to play in a way that suits you. On the one hand, Nintendo Switch is a handheld gaming machine that’s almost like a modern day Game Boy. On the other hand, Switch can be plugged into a docking station and turned into a traditional gaming console. Finally, if you’re a fan of mobile gaming, Switch turns into a tablet!

Although early reviews have picked out some faults  – for instance, Business Insider’s Ben Gilbert called the control pad “not great” and “oddly shaped”, Nintendo Switch sold out at GameStop and US online retailers well before March 3. Unsurprisingly, Nintendo’s first major console release since the Wii U is expected to be a hit and what better way to enjoy it than with a classic.

Mario Kart 8 Deluxe will go on sale on April 28 and will combine all the best elements of mobile (i.e. tilt controls) and console gaming (high-end graphics) in a single game. In fact, if there’s one game that stands out in 2017, it could be this one. By combining various forms of technology, players should be able to enjoy the same game via different mediums. Indeed, in an age where connectivity and compatibility are crucial, Nintendo seems to be right on the money with Switch.

Enjoy gaming in 2017 and don’t forget to embrace all that state-of-the-art tech has to offer, including cutting-edge gaming platforms and providers such as the ones we’ve featured.