Acoustic or electric? It’s the decision that every aspiring musician has to make, long before they book their first show.  Some people think acoustic instruments sound better and others suggest they are limited, so who’s right? Well, for our money, electric wins the competition, and once you hear our reasons, we think you’ll agree.

No Need To Tune

We’ve all had this problem. Leave an acoustic guitar for a few weeks, and you come back to find it is completely out of tune. It sounds something like a bag full of cats which isn’t what you want minutes before you’re scheduled to perform. With an electric guitar, this isn’t an issue because you can automatically tune it. There’s software available that will do this for you, so you don’t have to spend hours twiddling your fingers. There is also the possibility that you don’t even know how to tune the guitar. That will certainly be true if you have only just started learning to play. But that’s not the only advantage of going electric.

Anyone who learned to play the drums will remember the discussion they had with their parents. You had to beg and plead to allow them to bring such a loud instrument into their home. Well, that wouldn’t have been a problem with the electronic drum sets for you that are now on sale. You can control exactly how much noise they make so no matter how hard you hit them, they’ll still be as quiet as a mouse nibbling on cheese. Now, you might argue that you’re not getting the full effect then. But it does make learning to play a lot easier if you’re living in an apartment complex with easily annoyed neighbours. 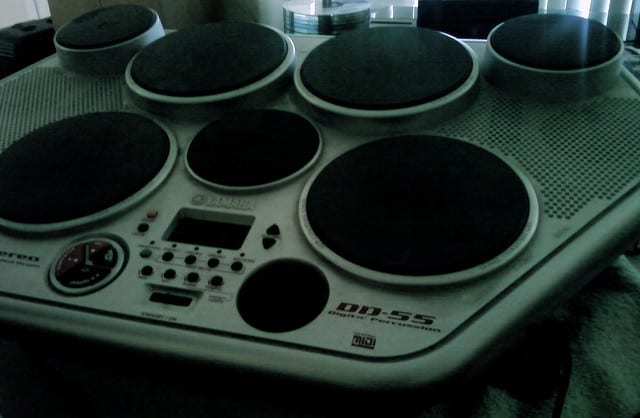 Let’s Turn The Volume Up, Shall We

Of course, the opposite is true, and sometimes you want to make as much noise as possible. That’s certainly true when you’re standing in an arena, in front of thousands of people. You don’t want them to have to strain to hear your notes, do you? Well, you don’t have to when you have electric instruments connected to amplifiers that will make the ground shake. That’s just not a possibility with your typical musical instrument. You need that extra power to get the wall shaking oomph of professional concerts.

But if you’re looking for the biggest advantage of going electric, it’s the complete control that you have over your sound. It’s so easy to attach electric instruments to a computer system, playing and recording your music. Once you have done that you can then play it back, tweak it and alter your sound until it is absolutely perfect. So, you’re not just a musician you are also a producer. We know that some popular artists would sound absolutely awful without the awesome tech at your fingertips when you start using electrical instruments.

Have we convinced you to plug your instruments into the wall? If so, you definitely should check out the best equipment on the market right now.  If you don’t want to disturb the peace of your neighbors or you want to hear yourself better while playing your electric drums, a good set of headphones is key.

Must-Have Gadgets for Your Game Room In 2022