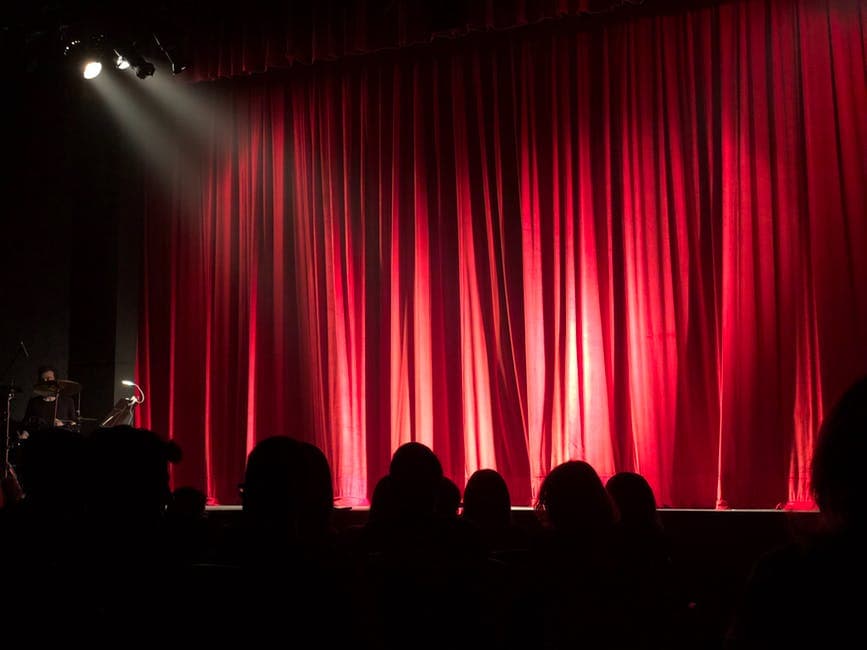 Are you a fan of live performance? You might enjoy your music live, and your meals cooked right in front of your eyes by an expect chef; you might be a fan of music shows and daring escapes instead, or you might like to go to a candlelit dinner with an accompaniment of Spanish guitar every once in a while at your local theatre. You might even make a trip to Broadway to go see something spectacular as a way to indulge your love for live performance. How often do you stop to think about the performers and the behind-the-scenes? It turns out that the theatre crowd are an exceptionally superstitious lot: Here are some of the superstitions and beliefs that have plagued the theatre over the years – and a little bit about why. 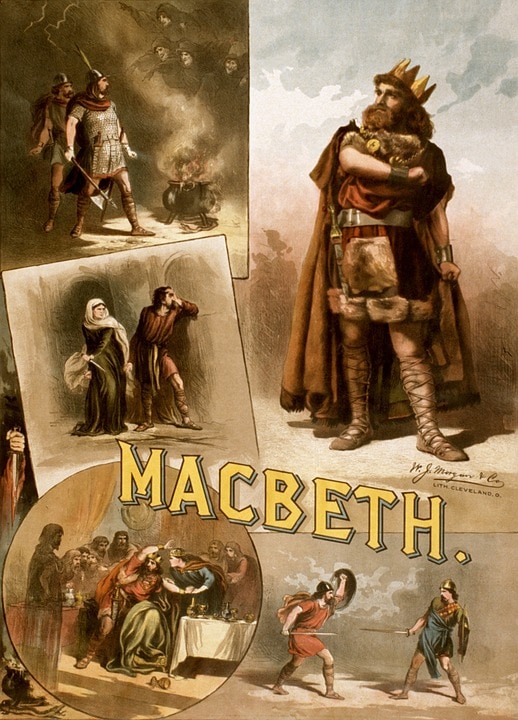 All lovers of theatre and live performance have at some, or other point met with the works of Shakespeare; the same is true for lovers of classic literature or students who are made to read and study Shakespeare at school or college. The point is that almost everyone in the literate world has at some or other point read or heard of Shakespeare, even if they’ve only seen the remake of Romeo and Juliet starring DiCaprio and Winslet. But did you know that it’s a very common superstition that actors aren’t allowed to say the word Macbeth in the theatre before or after the performance? This is considered to be bad luck, even if you’re not performing Macbeth at the time. This superstition originates from the fact that Macbeth itself is deeply rooted in superstition due to the nature of the play.

You should say break a leg.

The list of things that you can and cannot say in the realm of the theatre is pretty vast. We’ve already established that it’s supposedly considered bad luck to say the words Macbeth before or after you’re to appear on the stage, but did you know that it’s also regarded as good luck to tell someone to break a leg before a performance? This seems like it should be the complete opposite, but this superstition is rooted in the fact that saying good luck would be considered to jinx the good luck of the performance instead – so, instead of saying good luck, people go with “break a leg” – in which case it’s believed that saying it out loud means nothing bad will happen during the performance.

Sleeping with your script

No, no matter what someone in Hollywood or the casting couch tells you, you should never sleep with a director, actor or producer to secure a role in a movie. But what some people believe you should be doing is sleeping with your script instead. There are a few beliefs behind this theory – for one, some people think that sleeping with the script will remind your brain to go over this again in your sleep. Some people take a much more esoteric belief on this theory and think that their brain will literally absorb the words off the pages – this could be a little too esoteric for most, and there’s no scientific proof behind this from what we know, but some people still swear by it!

The dress rehearsal before… 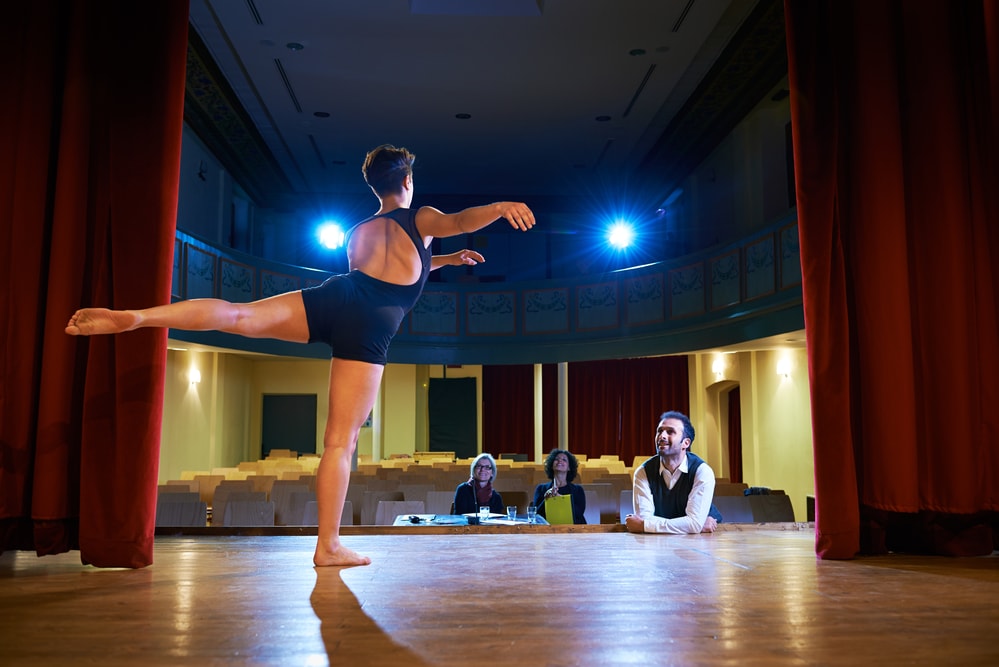 Before the night of a show – usually even before the first night of a show gets the set planned out and the tickets printed – the actors have learned their scripts and rehearsed their parts religiously. Sometimes this is forced into a couple days or weeks of practice, sometimes this takes months or years to prepare properly – but right before the shows start taking place, we have what’s called the dress rehearsal. This happens before every show to make sure things go well. To ensure that costumes fit properly and people know their lines. To make sure nothing goes wrong. But it’s a common theatre superstition that it’s a horrible dress rehearsal that leads to a good show and not the other way around. One possible reason for this is that a bad dress rehearsal unleashes all of the stress actors might have before the show instead of during.

Never whistle in the theatre

Okay, so you can’t say Macbeth, but you should say break a leg; you want a bad dress rehearsal, but a good show. The world of theatre superstition doesn’t make any sense to non-theatre folk – hell, it barely makes sense to the people who are doing it, to begin with! Another rule for the superstitious theatre folk is never to whistle in the theatre – this includes backstage and on-stage and before and after the show. But why? This is fairly obvious and is not as superstitious as you might think at first. The real reason you shouldn’t whistle in a theatre is the fact that it can be considered a distraction – and you wouldn’t want someone dropping a stage light on your head just because someone wolf-whistled at the wrong time. The same is true for during the show – and the same would apply to a ringing phone while the show is ongoing.

There are also many superstitions related to what you should and shouldn’t wear in the realm of theatre. (First, don’t mix up your costumes and sizes before the show, and make sure you don’t contradict the dress code of the theatre if you’re going to be watching a show instead of performing in one.) One of the most popular superstitions states that you’re not supposed to wear blue at the theatre – no, we’re not sure what you’re supposed to do if your costume itself is blue and you don’t have a choice. This comes from the earlier days of theatre when blue and purple dye was extremely expensive to produce – and we’re not entirely sure, but patrons might just have gotten stabbed for their costly garments, too…

Approaching all sorts of ghosts

Ghosts. You can’t talk about superstition without sparing a minute or two to talk about ghosts first. There are thousands upon thousands of people who will attest to the fact that they spotted a haunting in their house, at the hospital, in the graveyard, next to the road… Or at the theatre. In the case of theatre ghosts, every theatre seems to have its own realm of ghosts unique to the theatre itself. (Yes, it is usually unlikely for people to report theatre ghosts in other areas… Maybe ghosts really can’t make it through walls.) Do you think you might have spotted something unusual visiting your theatre? Ask around who might have spotted something ominous… You might be surprised to find that you have recently met a ghost! 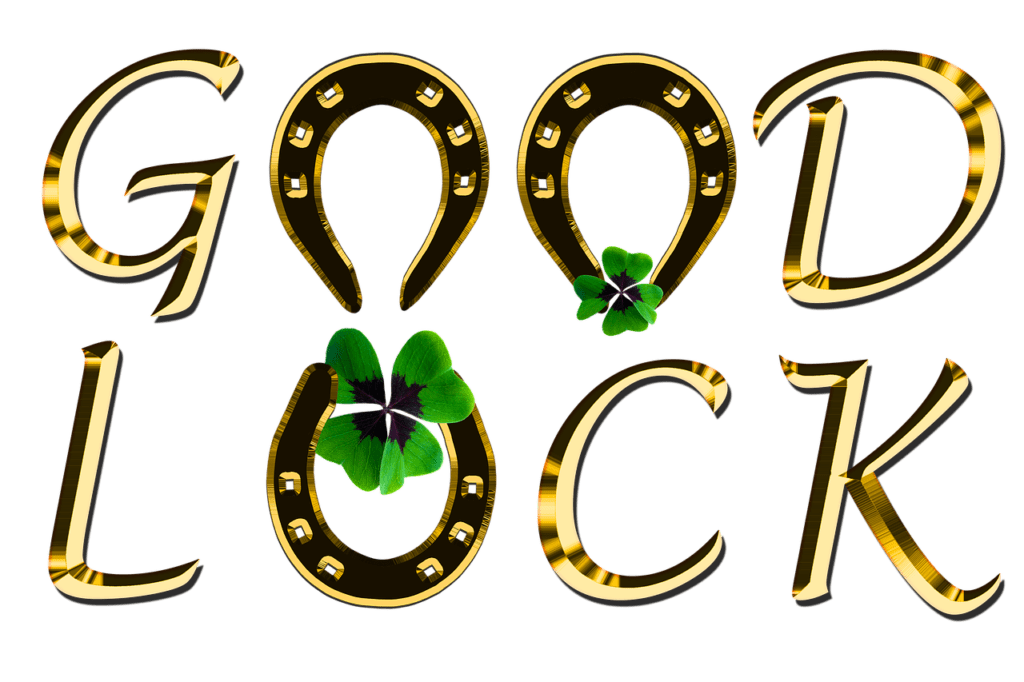 Speaking of things that lucky and unlucky to wear in theatre, there are many lucky charms which people attribute to their good luck – or lack of it. Lucky charms are generally known to vary from person to person (like the person who swears that they own a pair of lucky underwear and will put it on whenever they leave the house for the casino), and sometimes they vary from culture to culture – like the fact that many people know that a lucky rabbit’s foot will ensure that they have a good day, but leaving it at home will lead to a bad day. Lucky charms are usually personal and cultural. So are omens. (The number thirteen is one clear example; in some areas of the world, it’s not particularly lucky or not, it just is.) For theatre, peacock feathers – especially on stage – are considered to be bad luck, and usually only because they are associated with eyes – and for theatre folk, the crowd is more than enough eyes on them as it is!

Most theatres have what’s called a ghost light – and it’s not what you might think it is at all. When we first heard about this, we figured that it might tie in with ghosts: When you first hear about it, the term ghost light kind of sounds like it should be related to orbs, right? (For the record, orbs are some form of inexplicable light, which can usually be attributed to lens flare or a dirty lens – though, some believe, not always.) The kind of ghost lights people are talking about in the context of theatre refer instead to the light that gets switched on where everyone else goes home – and this is done to preserve the atmosphere of the theatre, or some might say that it’s done to keep ghosts away instead and make the theatre appear as though occupied… Who can tell?