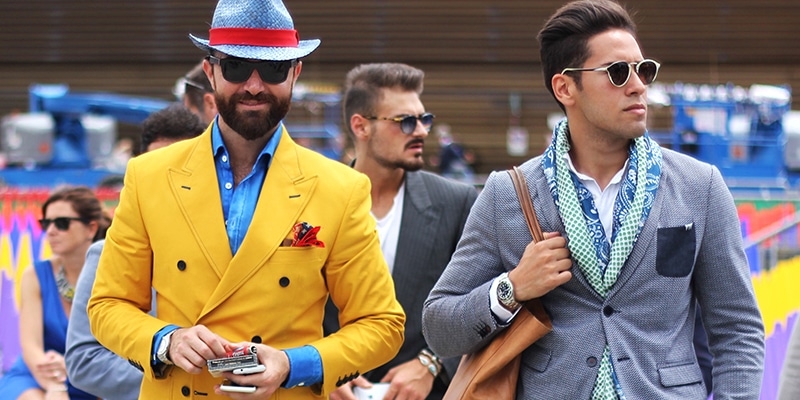 Ever heard the saying, don’t judge a book by its cover? Yes? well so have many other people. However, when it comes to certain things attitudes may not have changed so much. Recent studies show that men are still being judged on their cars and style.

Imagine a leather-clad man complete with a ponytail. What kind of car do you picture him driving? A 4×4? A pickup?

Now imagine a ‘city boy’ wears a suit everyday complete with a Rolex. What kind of car do you picture him driving? A convertible? A BMW or an Audi?

Yes, we all have perceived notions of men based on their cars. Is this fair? No of course not. However, young men today are being accused of peacocking. So what is peacocking and how do you avoid it?

What does peacocking mean?

Peacocking in short means showing off. In the bird-world male peacocks display their exotic feathers to attract a mate. So the human version of this would be a show-off.

How to avoid being a peacock?

When it comes to public perception there are a lot of ‘blurred lines’. In order to find a good balance, we look at how to avoid being a peacock.

Unless you were raised in a jungle, this shouldn’t be hard. Whether in public or private always behave in a gentlemanly manner. This simply means treat people with respect. So no backstabbing, gossiping or childish behaviour. In a world of social media everything always comes out. Unless you want a bad reputation, best just be a gentleman.

If a man’s home is his castle, then his phone is his safe. Men use their phones for a variety of reasons. Everything from banking to grocery shopping can be done on our phones. Usually, there’s no reason to worry. Mostly because of secure payment methods like iDebit. Popular as an online casino payment method, iDebit can be used for most things. Helping men to shop or play online safely. Payment apps and online methods also help to avoid crass displays of splashing the cash in public. So if you want to impress the ladies and shop securely be money savvy.

Life is like a constant casting call. From job interviews, first dates to meeting friends. Everyone will judge you on how you present yourself. Even if they’re your closest friends and family. This means dressing for the occasion, whatever that is. Sadly, ripped jeans and scuffed sneakers are for no occasion. Except, maybe doing some odd D.I.Y jobs. Probably best to limit the ‘bling’ too.

Are there different types of peacocks?

Yes, according to public perceptions there is two types of ‘human peacock’.

One type of peacock is stereotypical petrol head. Maybe someone who thinks they’re in a Fast and Furious movie? Funnily enough, the fast and furious movie franchise is often blamed for promoting speeding. This type of human peacock is likely to drive a modified Subaru. Often, while dreaming of the day they can get their hand on a Nissan GT-R.

Alternatively, to the petrol-head is the pretty boy peacock. Whilst, a bit of moisturising and grooming is fine, there is a line. Especially when it comes to the opposite sex. This dividing line appears to kick in when there is money involved. Apparently, women perceive men who display their wealth as unsuitable partners. Women also equate open displays of wealth with sexual promiscuity.

Although, it is unclear at what point money becomes a turn-off for women. Stockbrokers and traders usually fall smack into this stereotype. Pretty much any city-boy really.

How to Wear Cowboy Boots

Guide To Choosing the Perfect Punjabi Kada for Men